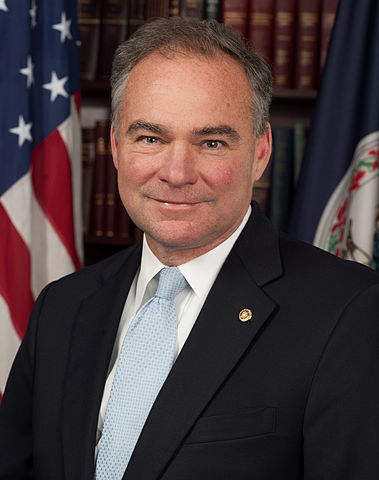 While the biggest question raised by Donald Trump’s candidacy seems to be whether he can really ruin the Republican Party in one American presidential election, the election remains the Democrats’ to win as much as it is the Republicans’ to lose.  Though Bernie Sanders and his fans may be disappointed not to be picked as the Democrat’s Vice-Presidential candidate, the rest of the world may be intrigued to see bilingualism become a political advantage in the U.S.

Tim Kaine, Hillary Clinton’s pick for vice president, is one of the few Senators who speaks Spanish fluently, in a race where Hispanic voters are crucial in at least six swing states. Pew Research reports 55 million Hispanics in the U.S. population currently. In February, Pew projected  27.3 million Hispanic voters in the 2016 election – larger numbers than any other ethnic group, including African-Americans.  Of those, almost half (44 per cent) are Millennials, not particularly inclined to vote, and perhaps not even fluent in Spanish, if their parents concentrated on teaching them English.  Kaine learned Spanish during the year he took off from Harvard to run a technical school founded by Jesuit missionaries in Honduras, according to his website.

Kaine wears his Catholic sensibilities on his sleeve, as Hillary Clinton wears her own Methodist diligence on hers. In a nation where right-wingers have laid claim to the term,  “religious freedom,” the Democratic Convention was a full out ecumenical faithfest, overflowing with proclamations of faith, including of the Muslim faith.  (Plenty of Jews presented too, but Jews don’t proselytize, and many were sitting on their opinions about Bernie Sanders.) The Democrats welcomed preachers of all colours of cloth to the speaker’s stand, as long as they were inclusive.  Rev. William Barber, a self-described “conservative evangelist preacher,” thundered for a return to the “conservative” value of loving thy neighbour as thyself, and stumbled over the unfamiliar “LBGQ, er, TQ.  He stumbled, but he meant it.

“Si, se puede,” (“Yes, it’s possible,”) said Tim Kaine, in his 30 minutes onstage.  He said it again, fist in front of his chest, every time the phrase sang out from the audience. Besides being only one of 30 Americans who has served as Mayor, Governor and Senator, he is recognizably a Development & Peace kind of Catholic — of the same ilk as Archbishop Oscar Romero – someone more interested in necessities and personal freedoms than in human foibles. He spent a missionary year in Honduras, a country where citizens have fled to the States since the 1990s to escape gang violence and drug cartels. And he’s chanting Caesar Chavez’s farm workers’ slogan.

Actually, despite all the talk about illegal immigrants, many if not most Hispanics do immigrate to the States legally, with a dream and money in hand.  The BBC reported on Rocky De La Fuentes, who immigrated to the U.S. with an entrepreneurial dream. He became a millionaire by selling cars and real estate. Mr De La Fuentes has contributed thousands of dollars to Republicans in the past, but he’s actually been running for President himself, locally, as a Democrat.

Says the BBC: “If the party were to thrive, Republican National Committee analysts wrote in their 2012 post-mortem, they would have to find a way to make their party more welcoming to minority voters – particularly Hispanics. Immigration reform should be a priority. Outreach efforts must be improved. Off-putting rhetoric should be adjusted. …Instead, they elected Donald Trump.”  After Mr Trump’s comments about Mexicans “not sending us their best,” Rocky De La Fuentes switched parties.

In fact, Latino pollsters put Mr Trump’s unfavourability rating with Hispanic voters at an astounding 91 per cent in some places, and about 85 per cent in most.  This, in an election where, unless the Republicans win something like two-thirds of the white vote, they need between 30 and 40 percent of the Hispanic vote in order to win.

Democrats have recognized the States’ changing demographics. According to Pew Research, one in three 2016 voters will be a member of a minority group, be it a linguistic, religious, skin colur or sexual orientation minority. Therefore the Democrats chose the theme, “Stronger Together” and displayed a colourful big tent approach to speakers and audience – in contrast to the Republicans’ mostly-white crowd and presenters, who emphasized fear and xenophobia.

After 50 years of Richard Nixon’s “Southern Strategy” – overt and covert racist appeals to overturn the Civil Rights Act –  the Democrats see a wide open door to a game-changing Hispanic vote. (Fortune Magazine says the Hispanic vote was key to Barack Obama’s victory.) From this perspective, Tim Kaine seems a strategic choice. Alone among the Presidential and Vice-Presidential candidates, Mr Kaine knows the language and the culture on the other side of that door.

With four months of campaigning to go, we shall soon see whether a diverse Democratic party and a bilingual Virginia Senator can pull enough of the Hispanic vote (25 million voters among 55 million Hispanics, out of a potential 250 million voters) to overcome the existing racial divide. Meanwhile, the U.S. is joining the rest of the world, becoming a place where it’s an advantage to know at least two languages.

Clarification: this article was updated to clarify there are 25 million voters within the population of 55 million Hispanics. The original story was unclear about the number of voters.