How to Stop Being Tracked Online 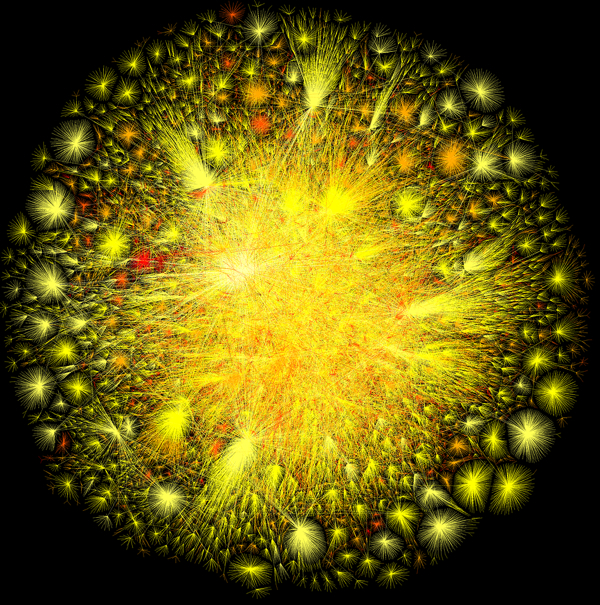 Many sites (including ProPublica and F&O) track user behaviour using a variety of invisible third-party software. This means any time you visit a web page, you’re likely sharing data about your online habits, from clicks to views or social shares, whether you realize it or not. But there are a few ways to combat online tracking — although none can block some of the more sophisticated tracking techniques, such as ‘fingerprinting‘ and ‘onboarding.’ Here are three tools that block the most common trackers.

Featuring an ever-growing database of over 1,900 tracking entities, Ghostery’s browser add-on can detect online trackers as you browse specific pages.

On each website, Ghostery displays a list of entities tracking data from that site in the upper right corner of the screen. Although it shows you all the trackers it detects, Ghostery does not block them by default. You must visit the settings page to block individual trackers or block all trackers.

If you don’t mind being tracked by the third parties on a particular website, you can “whitelist” the site using the extension’s dashboard.

Ghostery users are encouraged to opt in to Ghostrank, a service that sends anonymous information to a Ghostery server about where and how users encounter trackers. Ghostery is a for-profit company that analyzes the Ghostrank information and sells it to companies that want to manage their tracking businesses.

Ghostery is maintained by a team of analysts who keep the list of trackers up to date, according to Andy Kahl, Ghostery’s Senior Director of Transparency.

Ghostery’s add-on is available for most widely-used browsers, including Chrome, Firefox, Opera, and Safari. It’s also available for mobile devices on iOS and Firefox Android.

The Disconnect tracker add-on takes a user-friendly approach of blocking trackers by default, but allowing requests that it considers to be necessary for loading content.

Full disclosure: Disconnect gave ProPublica $7,759.54 last year in donations from its users and expects to contribute another $1,500 after featuring us as a Charity of the Month for May 2014.

Disconnect detects trackers based on the number of requests they’ve made for your information, and displays them in one of four categories: advertising, analytics, social and content. Users can re-enable a tracker or whitelist a website from the dashboard in the upper right hand corner of the Web browser.

The extension also features a nifty visualization of all of the requests surrounding the page you’re on, with a graph of each third-party request connected to the current page, and a rundown of web resources saved by disabling trackers, like bandwidth and browsing speed.

Disconnect maintains its database of trackers by crawling popular websites for third-party requests, then categorizing those requests by type, according to co-founder Casey Oppenheim. The Disconnect database is open source, unlike Ghostery’s library of trackers.

Disconnect also provides a separate browser extension that allows you to search anonymously on engines including Google, Bing, Blecko and DuckDuckGo. Disconnect routes your search queries through their own servers, so Google, for example, would effectively see and store your search as a request from Disconnect instead of you.

Disconnect also lets users view ratings for each website’s privacy policies in nine color-coded icons designed to correspond to a variety of privacy concerns, from the expected collection and use of data according to the site’s privacy policy, to SSL encryption and HeartBleed vulnerability. So far, Disconnect has evaluated and assigned icons to over 5,000 websites.

The site’s own privacy policy promises never to collect IP addresses or any personal info except for the email addresses of users who sign up for their (opt-in) newsletter.

This tracker-blocking tool is a new project of the Electronic Frontier Foundation and uses an algorithm to “learn” which social or ad networks are tracking you over time.

That means the tool takes awhile to get going. It initially allows third-party trackers until it detects patterns in third-party requests. Then it will start automatically blocking what it considers “non-consensual invasions of people’s privacy,” according to its FAQ.

EFF decided to use an algorithm over a compiled filter list of trackers to make the extension harder to circumvent.

“Blocking algorithmically “is more responsive and is able to better protect users from all trackers, not just the ones we have identified as a problem,” Cooper Quintin, a technologist working with EFF, wrote in an email.

By default, the Privacy Badger will whitelist domains that it believes are necessary for web functionality. Those domains will automatically be blocked from leaving cookies, but will not be blocked completely unless the setting is manually adjusted, according to its FAQ.

Like Ghostery and Disconnect, users can also manually “whitelist” any site by disabling Privacy Badger on it.

In an interesting twist, Privacy Badger will allow trackers to unblock themselves if they post a privacy policy that honors users’ “Do Not Track” requests. Currently, only a few tracking companies have agreed to not track users who check the “Do Not Track” button in their Web browsers.

Privacy Badger is available for Google Chrome and Firefox. A list for its “whitelisted” sites are available on Github along with the code for the extensions.

A note on methods for flagging trackers

If you install all three or any number of these add-ons concurrently, you will notice that they often detect a different number of trackers on any given page. That’s because each service classifies tracking slightly differently.

Looking for ways to make your web experience more secure from the Privacy Tools series? Read more on encrypting your files and messages, masking your location, safely browsing the web, taking data out of the hands of data brokers, and building better passwords.

Please support professional journalism at Facts and Opinions: Use the subscribe form sign up for email notices from our free Frontlines, where we post small stories and announce new work.  For $2.95 (the price of a cheap brew) you can subscribe to F&O for a month. If that breaks your budget, a one-day pass is $1. Independent, non-partisan and employee-owned, F&O performs journalism for citizens, funded entirely by readers. We do not carry advertising or solicit donations from foundations or causes.