AI chills and thrills, climate pledges, a Nazi haven, children’s lit, and a film about a genius: Facts, and Opinions, that matter this week 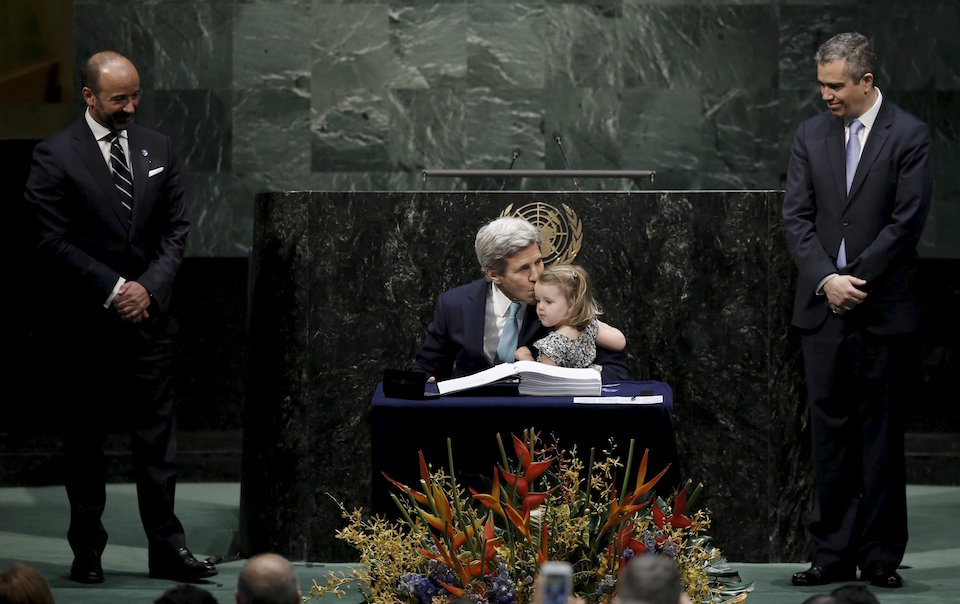 China, US, among those pledging to ratify Paris Agreement. By Michelle Nichols & Valerie Volcovici  Report

China and the United States, the world’s top producers of greenhouse gas emissions, pledged to formally adopt by the end of the year a Paris deal to slow global warming, raising the prospects of it being enforced much faster than anticipated. The United Nations said 175 states took the first step of signing the deal on April 22, the biggest day one endorsement of a global agreement.

The chilling significance of AlphaGo. By Sheldon Fernandez  Magazine

In March, a computer named AlphaGo played the human world champion in a five-game match of Go, the ancient board game often described as the ‘Far East cousin’ of chess. That AlphaGo triumphed provoked curiosity and bemusement in the public — but is seen as hugely significant in the artificial intelligence and computer science communities. Computer engineer Sheldon Fernandez explains why.

A one-armed robot will look after me until I die. By Geoff Watts Magazine

I am persuaded by the rational argument for why machine care in my old age should be acceptable, but find the prospect distasteful – for reasons I cannot, rationally, account for. But that’s humanity in a nutshell: irrational. And who will care for the irrational human when they’re old? Care-O-bot, for one; it probably doesn’t discriminate.

And from earlier this year:

The rise of robots and artificial intelligence are among disruptive labor market changes that the World Economic Forum projects will lead to a net loss of 5.1 million jobs over the next five years. Where will they come from? Why, we can make them ourselves. Or at least some of us can, and do.

This Week’s Other Birthday, by Jonathan Manthorpe, International Affairs  column

Until quite recently, while Queen Elizabeth and her family were celebrating her birthday every April 21, a group of elderly men in south-west Africa were nursing the effects of the birthday toasts they had drunk the night before, to Adolf Hitler,  born on April 20, 1889. The men had been senior  Nazi officials, and had managed to escape capture by the Allies at the end of the Second World War. What is now Namibia offered a lasting sanctuary.

Why Bernie Sanders need to fight on … and surrender, by Tom Regan, Summoning Orenda Column

It looks like the end is nigh for the Sanders campaign. But it is absolutely necessary that Bernie not give up running. Yes, he should start to encourage his supporters to support Clinton. I am, however, totally in favor of him building up his delegate total and going into Philadelphia in late July demanding that the party’s platform reflect his point of view.

Sylvester Graham and William Andrus Alcott were men of their disease-ridden times, amongst the first American promoters of “health food,” “phys-ed” and temperate living for health in both the here and now — and the afterlife.

Reengineering global economic dependence on carbon pollution requires conscious commitment and action from individuals as well as governments and corporations.

Throughout the history of mathematics, there has been no one remotely like Srinivasa Ramanujan. There is no doubt that he was a great mathematician, but had he had simply a good university education and been taught by a good professor in his field, we wouldn’t have a film about him. Credit is due to GH Hardy.

Why children’s books are serious literature. By Catherine Butler Report

Once a generation, it seems, a cri de coeur goes out, in which a representative of the world of children’s literature speaks with revelatory authority to the literary establishment and makes it reassess the place of children’s books.

Last but not least: alongside the many musical tributes to the American artist Prince, who died this week at age 57, his appearance on the Muppets should not be missed: