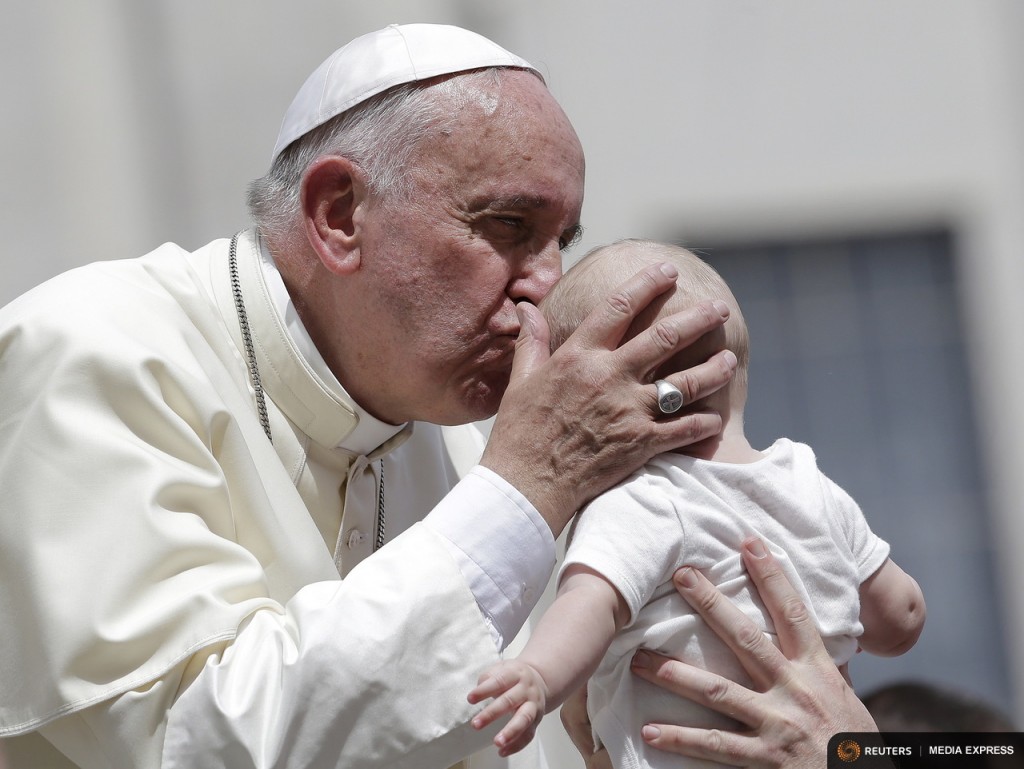 Pope Francis kisses a baby as he leaves at the end of his Wednesday general audience in Saint Peter’s square at the Vatican June 17, 2015. REUTERS/Max Rossi –

Pope Francis, on the eve of the most contested papal writing in half a century, said on Wednesday that all should help to save “our ruined” planet and asked critics to read his encyclical with an open spirit. The document is the Church’s most controversial since Pope Paul VI’s 1968 encyclical Humanae Vitae enshrined the Church’s ban on contraception. Because he has said he wants to influence a key U.N. climate summit this year, the encyclical further consolidates his role as a global diplomatic player. … Click here to read: On eve of encyclical, Pope Francis appeals for “our ruined” planet, by Philip Pullella

Check our CONTENTS page for new works each week. Subscribe by email to our free FRONTLINES, a blog announcing new works, and the odd small tale. Look for evidence-based reporting in Reports; commentary, analysis and creative non-fiction in OPINION-FEATURES; and image galleries in PHOTO-ESSAYS. If you value our  journalism help sustain us: tell others about us, subscribe, or donate to help us continue our work: