Oh, I could weep. Bottom line: it is damn hard work to get a television show produced. When a series makes it through the myriad bureaucratic and funding levels of initial idea pitch to script development and eventual production I want to send champagne and chocolate to the successful creator, producers, and writers.

This need to celebrate is particularly important for Canadian television shows. Even with the viewing competition provided by the power and presence of American series we continue to have our share of success stories: the 4,000 episodes of Mr. Dressup (bet you all wanted a Tickle Trunk of costumes), the franchised Degrassi in all five of its incantations from 1979 to present day, Road to Avonlea, Due South, the sketch comedy-filled SCTV, Da Vinci ‘s Inquest, Being Erika, Rick Mercer’s sitcom Made in Canada, Slings & Arrows, Flashpoint, the very dark Durham County, Motive, and of course the nine seasons of mockumentary Trailer Park Boys (an acquired viewing taste that just seems to keep growing), and the multi-award winning sci-fi Orphan Black. I could easily make this a much longer list.

Which brings me to Between, the new six-episode, hour-long Netflix, City, and shomi co-produced TV series in which all the adults of Pretty Lake die of a mysterious disease. This leaves the under-22 year olds trying to survive in their now government-quarantined town.

It is not like the story concept of Between is unique, and it has proven popular before. Stephen King did a version of it in Under the Dome and Michael Crichton in The Andromeda Strain. Between had all the story seeds that should have sprouted an exciting, entertaining series: conspiracy theories, teenage angst, and relationship and power struggles within the ensemble cast.

But I just watched the pilot episode — hence the weeping. In particular I winced at the expositional dialogue. Check out the morgue scene with Adam (the Jesse Carere character) and his uncle. It was atrocious. Where are the graduates of the Canadian Film Centre Prime Time Television Program? You are desperately needed! It was also hard to ignore the bad actors, though this meant they unintentionally helped the good ones shine.

You can also watch an accompanying web series, Between the Lines, of eight, two-minute fictional interviews that fill in character backstories. It is well done, but unfortunately when you try to find it the title is so generic you could end up at any one of 155 other online web series, web episodes, and film clips all called the same thing, including a short web-documentary about the impact of the war on graffiti led by then-Toronto Mayor Rob Ford.

I know pilot episodes are notoriously hard to get right. There are so many elements that must come together, including an introduction to the cast and the stakes of the series. It is also often shot on a smaller budget than would be available to a regular episode on a guaranteed series. They reshot the pilot episodes of Star Trek and All in the Family and never aired the original Game of Thrones pilot, and look how those shows worked out. Will the viewing audience of Between be won over by a stronger, smarter episode two? At the moment this television series will unfortunately just give fodder to all the people I meet who joke that “Canadian TV” and “good” should not be in the same sentence.

Online viewing is available (at the time of this publication) on City TV’s web site: Online viewing: http://www.citytv.com/toronto/shows/between/ 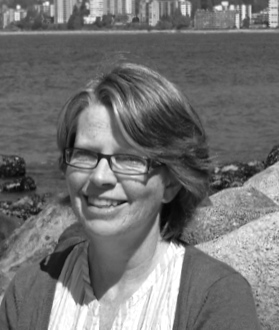 Joyce Thierry Llewellyn is a screenwriter, story editor, and film school instructor who remains hopeful that smart, funny, and dramatic storytelling will continue to be found on all sizes of screens.