So little time, so many stories. How to find worthy tales? Friends of F&O, apparently pressed for time, who know we spend our days scanning global media, asked us to recommend the odd item. Sure thing. And, just as F&O is about boutique instead of supermarket journalism, our recommendations are made with the knowledge we’re all saturated by the torrents of news and views. We’ll keep this corner for true gems, and the odd bit of eclectica.

Your suggestions are welcome, and invited  –  drop us a note at Editor@factsandopinions.com

The Beauty of Sadness: An Essential Human Emotion Exiled in a War Society — suggested by Chris Wood

We have always been something of a war society in the U.S., but since 2003 something far more sinister than anything I’ve witnessed has sprouted from the seeds of violence from what critics have called a coup d’état of our United States Constitution after September 11th.

I don’t understand what it is we’ve become in the last twelve years. It may be a cliché to say that I feel estranged, a little like that lonesome wolf, Harry Haller, in Hesse’s novel Steppenwolf. The war mentality has been filtering through our politics, universities, entertainment, and mainstream media with what appears to be a deliberate objective to reduce American culture to the lowest beastly denominator.

The Quiet German: The astonishing rise of Angela Merkel, the most powerful woman in the world.

A summer afternoon at the Reichstag. Soft Berlin light filters down through the great glass dome, past tourists ascending the spiral ramp, and into the main hall of parliament. Half the members’ seats are empty. At the lectern, a short, slightly hunched figure in a fuchsia jacket, black slacks, and a helmet of no-color hair is reading a speech from a binder. Angela Merkel, the Chancellor of the Federal Republic of Germany and the world’s most powerful woman, is making every effort not to be interesting.

“As the federal government, we have been carrying out a threefold policy since the beginning of the Ukraine crisis,” Merkel says, staring at the binder. Her delivery is toneless, as if she were trying to induce her audience into shifting its attention elsewhere. “Besides the first part of this triad, targeted support for Ukraine, is, second, the unceasing effort to find a diplomatic solution for the crisis in the dialogue with Russia.” For years, public speaking was visibly painful to Merkel, her hands a particular source of trouble; eventually, she learned to bring her fingertips together in a diamond shape over her stomach. … continue reading 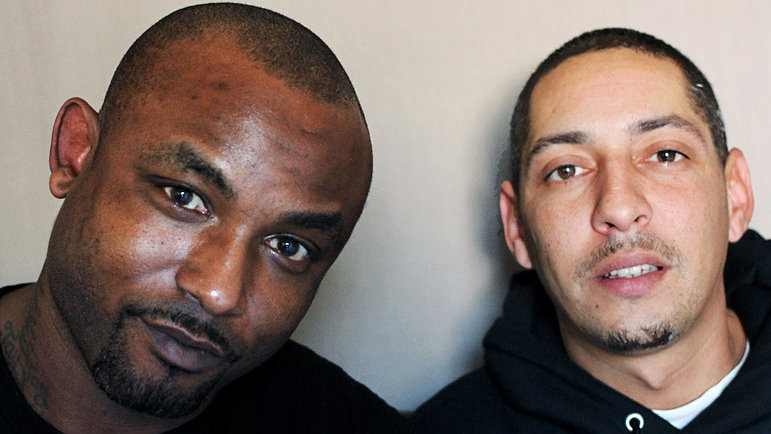 If We Left, They Wouldn’t Have Nobody’

When an assisted living home in California shut down last fall, many of its residents were left behind, with nowhere to go.

The staff at the Valley Springs Manor left when they stopped getting paid — except for cook Maurice Rowland and Miguel Alvarez, the janitor.

“There was about 16 residents left behind, and we had a conversation in the kitchen, ‘What are we going to do?’ ” Rowland says.

“If we left, they wouldn’t have nobody,” the 34-year-old Alvarez says. … read more

“Dingo’s Got my Baby”: Trial by Media

A Times documentary examines how the media and the public turned a family’s heartbreak into a pop culture in-joke. Lindy Chamberlain-Creighton’s 9-week-old daughter Azaria disappeared when the family was camping in the Australian outback in 1980. She was convicted of murdering the child in 1982, then freed in 1988 after evidence was discovered that cleared her.

To American ears, the word can seem odd, even comical: dingo. Sounds a lot like “dingbat.” Wasn’t that what Archie Bunker called his wife, Edith, on “All in the Family”?

But there is nothing laughable about the dingo, Australia’s native wild dog and a predator capable of inflicting considerable harm. Certainly, nothing was funny about the most famous episode involving that animal: the 1980 disappearance of 9-week-old Azaria Chamberlain while her family was camping in the Australian outback. Her mother, Lindy Chamberlain, said that a dingo had entered a tent where the baby lay, and made off with her; the body was never found. An initial inquiry supported her account. But then another inquest was held, and soon Ms. Chamberlain stood accused of having slit Azaria’s throat. Found guilty of murder in 1982, she was sentenced to life in prison, only to be released three years later when new evidence surfaced that absolved both her and her husband, Michael Chamberlain, who had been convicted as an accessory after the fact. Even so, it took nearly three more decades before a coroner, in 2012, finally issued what the now-divorced parents had long sought: full vindication in the form of a death certificate formally ascribing Azaria’s fate to a dingo attack. ….

Everything about the Chamberlains seemed fair game for Australian cameramen and notepad holders (a phenomenon that Americans also know well). They were devoted members of the Seventh-day Adventist Church, a denomination alien to most Australians. Many of them were open to suggestions that this was a strange cult capable of killing an infant. Word got around that Azaria was Hebrew for “sacrifice in the wilderness.” In truth, it means “God helped.” … read more

I Wish This Changed Everything: Is a radical economic overhaul our best hope to save the climate?

Earlier this fall F&O ran a review of Naomi Klein’s third attack on capitalism, This Changes Everything, by British researcher Mike Berners-Lee. Canadian climate change scientist Mark Jaccard is not as impressed by the book, and his response, in the Literary Review of Canada, provides a different perspective. Excerpt:

In her new book, This Changes Everything: Capitalism vs. the Climate, Naomi Klein says that humanity faces an unavoidable choice to “allow climate disruption to change everything about our world, or change pretty much everything about our economy to avoid that fate.” Her argument goes like this.

Many people, especially the elites in industrialized countries, ignore the severe environmental disruptions of our extraction-based economy. And the rampant economic growth under global capitalism accelerates and intensifies these disruptions. Now, science is warning us that climate change is the mother of all disruptions. But preventing it seems impossible because capitalism concentrates economic and political power in the hands of those who benefit most from this supercharged system. The only way to counter this power is to combine mass social activism, which blocks all fossil fuel projects, with the rapid development of small-scale renewable energy by cooperatives, indigenous peoples, local governments and individuals. In short, our only hope against the climate threat is for “deep changes … to the underlying logic of our liberalized and profit-seeking economy.”

Given this necessity, strategies that do not change our capitalist economic system are wrong-headed. Environmental groups, such as the Environmental Defense Fund, are wrong to collaborate with the fossil fuel industry and other corporations in lobbying for pro-market climate policies (carbon taxes, cap-and-trade). People are fools to believe that Richard Branson, Bill Gates and other billionaires can solve the problem by funding technical innovations (biofuel for jets, “safe” nuclear power) or by voluntarily “greening” their corporations. And we should not expect salvation from geo-engineering technologies, such as shooting sulphur into the atmosphere to block sunlight, as these Dr. Strangelove gambits fail to account for nature’s delicate complexity.

Is Klein correct? “Our economic system and our planetary system are now at war”? And is “climate change a battle between capitalism and the planet”? Must we “change everything” about our economic system? … continue reading

An Argument for Carbon Divestment, from F&O’s archives

Scientists and public representatives gathered in Berlin are weighing up radical options for curbing carbon emissions contained in the third report of the United Nations’ Intergovernmental Panel on Climate Change. The bottom line, a draft of the report warns, is that we have 15 years to take the necessary steps to affordably reduce emissions to attain the targeted 2°C over pre-industrial times. The horse may not have already bolted, but it’s well on its way through the stable door. Who can stop it? Well, we can, you and I. And it is not just that we can stop it, we have a responsibility to do so. … read more

Watch American funny manJerry Seinfeld’s acceptance speech for a Clio Award in the U.S. advertising industry. One phrase set the tone: “I love advertising because I love lying.”

If you value our work, please help sustain our journalism. Independent, non-partisan and employee-owned, Facts and Opinions performs journalism for citizens, funded entirely by readers. We do not carry advertising or solicit donations from non-journalism foundations or causes. We appreciate and rely on your support: click here to purchase a $1 day pass, or subscribe.   Sign up in the form to the right, on our blog, to receive a free email subscription to blog posts and notices of new work.