Life goes on in rural Newfoundland 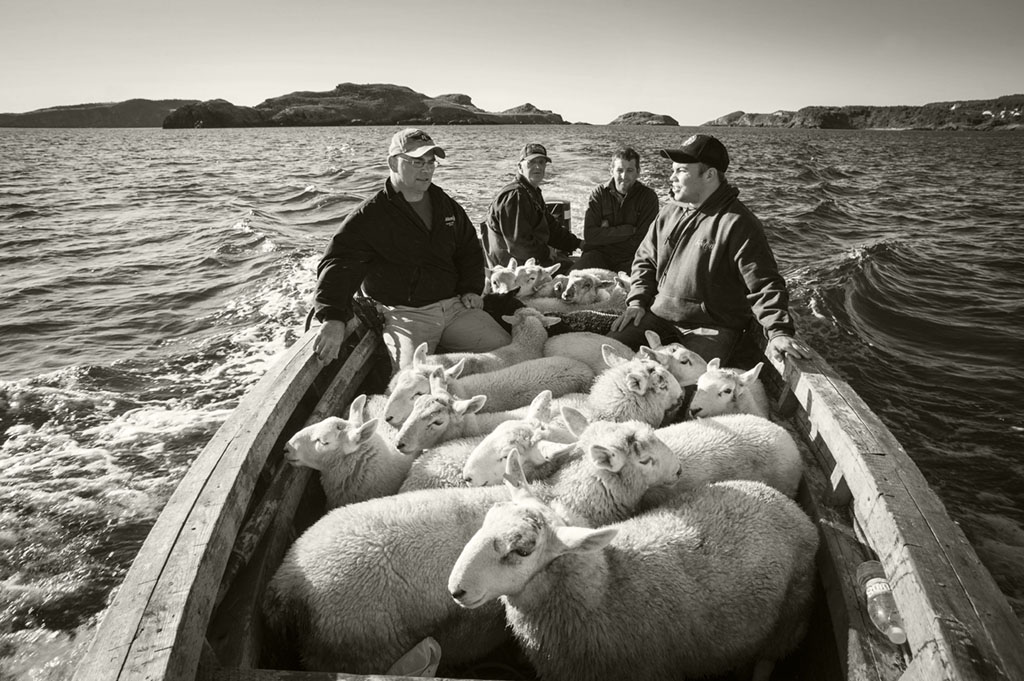 Bringing the sheep back from the summer community pastures on the island at Tors Cove on Newfoundland’s Southern Shore. A practice that has been going on for more than 200 years. Photo by Greg Locke © 2015

Bay de Verde, Conception Bay, Newfoundland– Travelling around Newfoundland this summer I began seeing signs of life, culture and a society I thought were lost forever.

The cod moratorium was thought to be the death of rural Newfoundland. The outports are estimated to have been emptied of more than 50,000 people. Boats, houses, property …entire villages, abandoned. Newfoundland and Labrador’s historic cod fisheries attracted local and international fishing fleets for almost five centuries before the Canadian government shut the industry down indefinitely in July, 1992. By then, once-plentiful fish stocks had dwindled to near extinction, and officials feared they would disappear entirely if the fishery remained open. The moratorium put about 30,000 people in the province out of work, and ended a way of life that had endured for generations in many outport communities.

On the wharfs and in the twine lofts people are living their lives and following the old ways. In Tors Cove, just a 30 minute drive south of the capital, St. John’s,  Howard Morry was bringing his sheep back from the islands where they spent the summer grazing safe from dogs and coyotes. …the way it’s been done for generations. 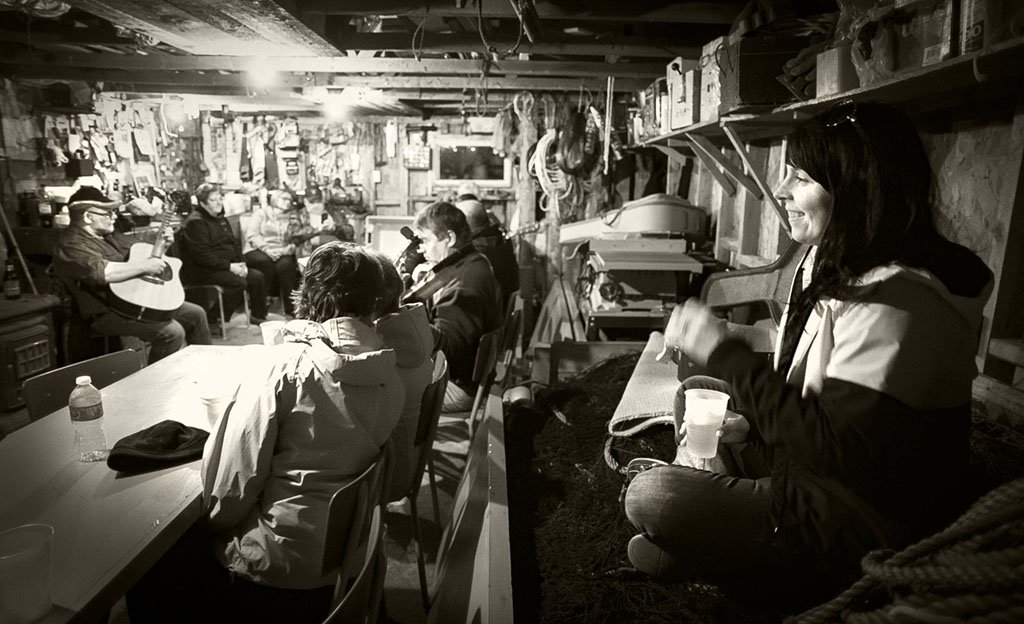 In Bay de Verde, fish were caught and parties and feasts went late into the evening. Just like the days in 1990 and 1991 when I spent all my spare time travelling the island documenting a fast disappearing culture. The sun sinks into the ocean, the moon lights the cove and the winding pathways through the village as people gather around the music and laughter from the sheds where coolers full of beer rattle with ice and deep fryers and barbecues sizzle with lobsters, crab and cod fish.

Old historic houses, shops and fishing buildings are being restored in once booming places like Bonavista, Fogo Island and Elliston. Towns like Eastport and Glovertown are awash in new construction and service industries.

Newfoundland has been discovered by well-heeled and adventure tourists. They paddle in expensive kayaks alongside local fishermen in the new trendy hot spots.

Sure there is gentrification in the remote bays and coves, but the old ways remain. The new comers learn how to survive from the old timers and the few young Newfoundland people who were not meant to live in the cities of western Canada.

What happens when a government abandons its people? Do they disappear? What happens when the contract, trusts and social bonds between politicians, bureaucrats, scientists and the community its suppose to serve is broken?

In the years leading up to the destruction of the cod stocks, fishermen were warning the politicians and scientists that the fish stocks were disappearing, catches abnormal and erratic. These were not the fishermen with large offshore trawlers — the high-tech fishing factories — but small-boat fishermen living in the villages who fished close to shore, immersed in fish habitat and habits.

Officialdom turned a deaf ear. The message was that stupid uneducated fishermen don’t know anything. They lack biology degrees. They are ignorant of the machinery of politics. 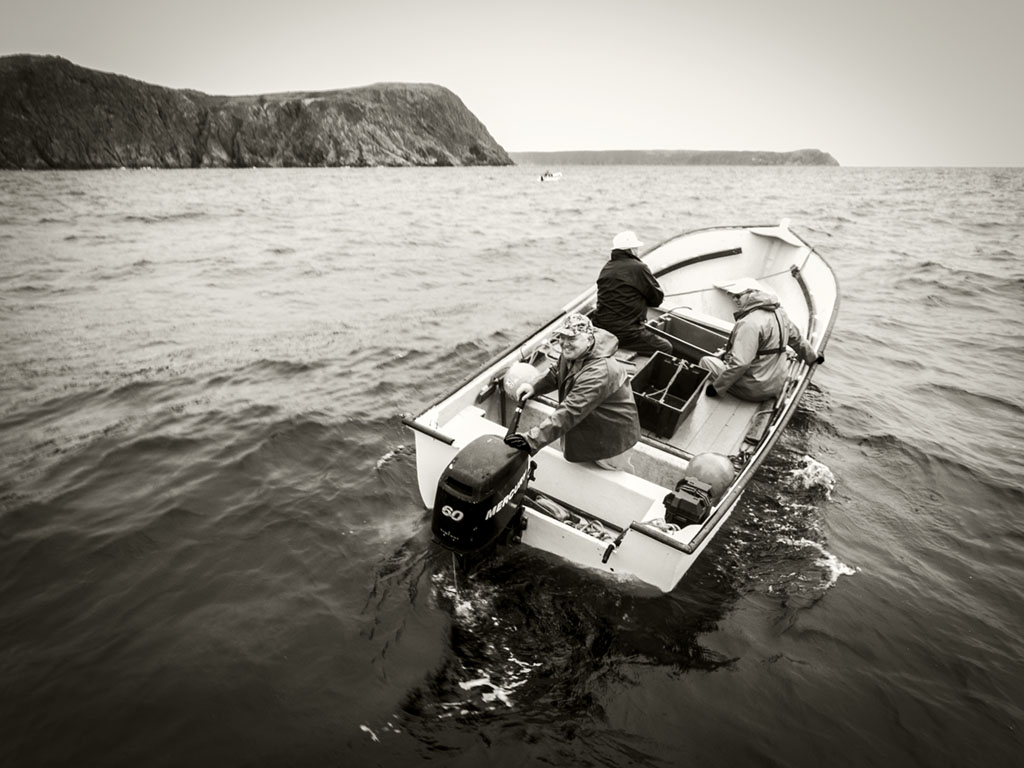 More than 25 years later, Newfoundland rural culture survives in small, wise, pockets. They have learned a lot about the politics of Canada’s federal Department of Fisheries and Oceans. More than they would care to, probably. The small-boat fishermen were proved right about the cod stocks.

In recent years those few still fishing are telling the politicians and scientists that cod catches are up, that the fish are the largest seen in more than 30 years.

They want to a return of a small, specialized, sustainable cod fishery for inshore fishermen and fishing communities. They are backed with science and expertise in sustainable fishing from groups as diverse as the fishermen’s union, World Wildlife Fund and independent biology and social scientists. All are working together on plans for that commercially viable, sustainable, community based fishery which the government doesn’t want to hear about it because its model is a fishing industry for a small number of large multinational food companies.

And DFO scientists, bureaucrats and politicians are still not listening.

It’s no surprise that all trust and respect has broken down between Newfoundland’s people, and the government, and scientists. And as the government, politicians and industrial fishing companies continue to abandon rural Newfoundland, it’s nice to see that the old ways are still remembered.

Life will carry on, regardless of the destruction wrought by the interlopers. 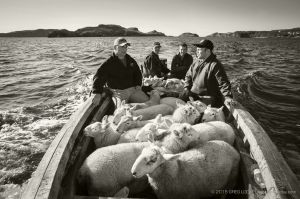 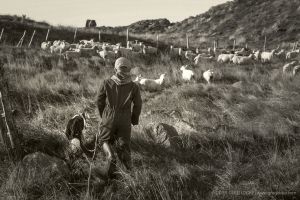 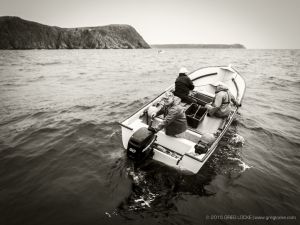 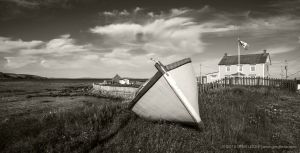 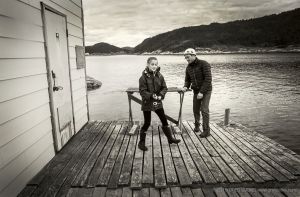 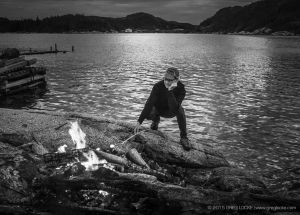 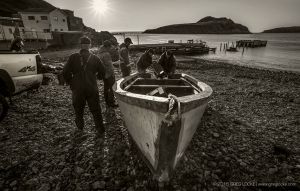 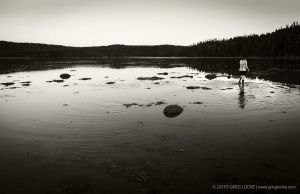 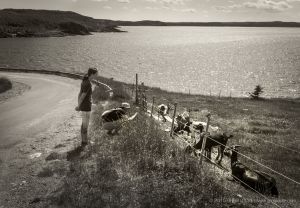 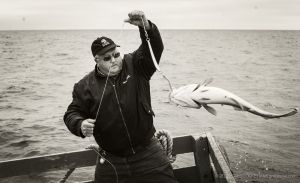 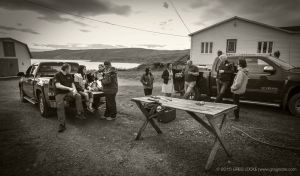 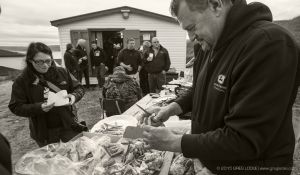 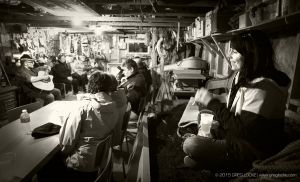 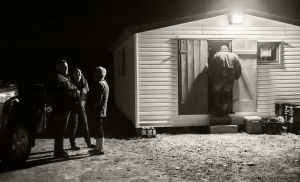 Greg Locke is a founder and the managing partner, visual, of Facts and Opinions. He built the Facts and Opinions website, produces F&O’s photo essays, reports for Dispatches, writes and photographs Think magazine pieces, and contributes to the blogs.

Greg Locke has been a professional photographer, media producer and journalist for more than twenty-five years. Locke has covered politics, economics, energy issues, international development and civil conflicts in more than 30 countries including the fall of communism in eastern Europe in 1980′s, civil wars in the Balkans and the conflicts of central and east Africa in the 1990′s. He has published three books and has been a regular contributor to Canadian Business, Canadian Geographic, Time, Businessweek, Macleans and Forbes magazines.