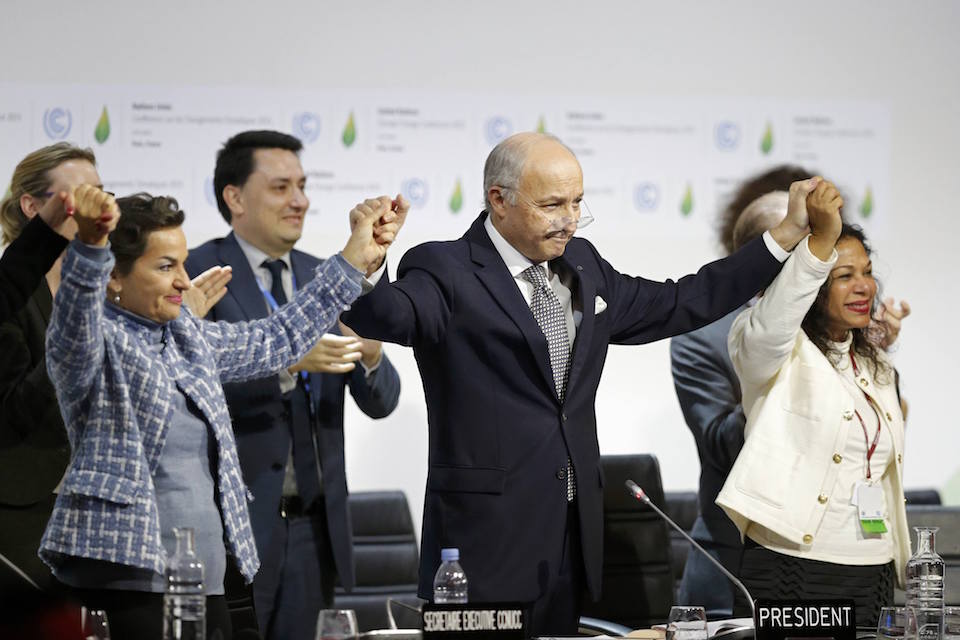 The global climate summit in Paris agreed a landmark accord on Saturday, setting the course for a historic transformation of the world’s fossil fuel-driven economy within decades in a bid to arrest global warming.

Climate: Paris Agreement at a glance, by The Conversation staff. Report

I wonder how many of the delegates in Paris realise that they have just created the mother of all “take-back schemes”. The Paris emissions cuts aren’t enough — we’ll have to put carbon back in the ground.

Mark Carney: The tragedy of the horizon, in Expert Witness
MARK CARNEY

How does the IPCC know climate change is happening? By Mark Maslin

An Argument for Carbon Divestment. By Desmond Tutu

Wanted: A new story of humanity’s place in the world. By Philip Loring

On eve of encyclical, Pope Francis appeals for “our ruined” planet. By Philip Pullella

The Pointy End. By Tzeporah Berman

The Drowning of the ‘Amazon of North America.’ By Bob Marshall, The Lens, and Brian Jacobs and Al Shaw, ProPublica

Talking about the weather: photo-essay by Greg Locke: