For Canadian journalist Cheryl Hawkes, Rubin (Hurricane) Carter’s death over Easter brought back memories  about the quiet, private and powerful man who was, for a while, her neighbour in Toronto. You will find her column in our Loose Leaf salon — along with a video of Bob Dylan’s song dedicated to Carter.

Also today F&O also publishes ProPublica’s investigation into Republicans opposed to funding research on gun violence in America. The report is in the Publica section of Dispatches.

Hurricane Carter, Champion of the World. By Cheryl Hawkes 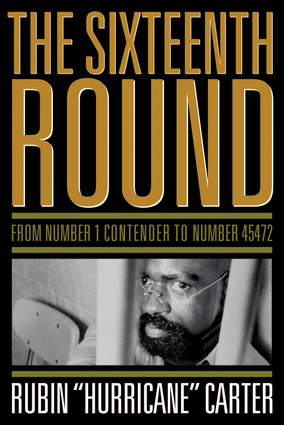 Rubin (Hurricane) Carter, who spent 19 years in a United States prison for a triple murder he did not commit, died of prostate cancer on Easter Sunday at his home in Toronto. He was 76. Toronto journalist Cheryl Hawkes remembers the man who, for a few years, was her neighbour: “a man who had given a lot of thought to how we treat one another in this world and to the deadly power of being in the wrong place at the wrong time.”

For nearly 20 years, the United States Congress has pushed America’s Centers for Disease Control and Prevention to steer clear of firearms violence research. After the 2012  shooting at Sandy Hook Elementary School in Connecticut — when Adam Lanza fatally shot 20 children and 6 adults — Jack Kingston, chairman of the appropriations subcommittee that sets CDC funding, was one of a few Republicans who expressed a willingness to reconsider the need for gun control laws and finding “common ground” on research. That was then, this is now. Now, Kingston faces stiff competition from other Republicans  touting gun rights — and there is no talk of common ground.

Independent, non-partisan and employee-owned, FactsandOpinions serves, and is funded by, readers. We do not carry advertising or solicit donations from foundations or causes. Our original paywalled work in Dispatches, Think and Photo-Essays is available for a $1 site day pass or at a modest subscription price. Use the SUBSCRIBE  form to the right, on our free Frontlines blog, to receive notices of all new work on site.