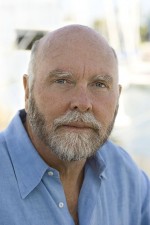 Craig Venter wants HLI to create the world’s most important database for interpreting the genetic code, so he can make healthcare more proactive, preventative and predictive. Such data marks the start of a decisive shift in medicine, from treatment to prevention. Venter believes we have entered the digital age of biology. And he is the first to embark on this ultimate journey of self-discovery.

Insight: The road to Aleppo – how the West misread Putin, by Tom Perry, Laila Bassam, Jonathan Landay and Maria Tsvetkova

Last July, Syrian President Bashar al-Assad seemed to be losing his battle against rebel forces. Western officials said the Syrian leader’s days were numbered and predicted he would soon be forced to the negotiating table. It did not turn out that way.

International groups track numbers of migrants who drown crossing the Mediterranean to Europe. Last year an estimated 3,800 people died that way. But no one counts the dead of the Sahara. This makes it easier for politicians to ignore the lives lost there, humanitarian workers say.

“Spotlight,” the film based on the Boston Globe’s investigation of the Catholic Church, is a remarkable achievement. The movie, which has been nominated for six Academy Awards including best picture, vividly captures the mix of frustration, drudgery and excitement that goes into every great investigative story.

Bridge of Spies’: The True Story is Even Stranger Than Fiction, by Tim Weiner

Bridge of Spies tries to be true to life. But it reconstructs five grim years in two hours and twenty-one minutes. As it often is, the truth was stranger than its fictional portrayal.

Bagpipe studies has undergone a revival of late –  and it’s emerged that the English were playing the pipes hundreds of years before the Scots got their hands on them.

Thailand’s Tiger Temple denies accusations that tigers bred there have been sold on the black market. But the allegations of mistreatment of tigers had dented Thailand’s tourism image, said a spokesman with the Wildlife Conservation Office.

Dancing with the devil, by Tom Regan

The process that led to the creation of the Trump monster began on the day of US President Barack Obama’s inauguration, January 20, 2009. The story has grown of how on that night a group of senior Republicans gathered at a private dinner, and decided to be not “the loyal opposition,” but a destructive and malignant force that would use any means at its disposal to achieve its desired outcome.

China’s island building in the South China Sea shows the challenges awaiting America’s next president. Forget the Islamic State group and the quagmire of the Middle East. Asia and the confrontation with China is where the real threat to North American interests lie. Indeed, the situation is fast approaching something that looks strikingly similar to the Cold War with the Soviet Union.
Déjà Vu All Over Again, by Jim McNiven

The lesson from historical events: do not bet against whatever side the United States is on in a long-run Cold War. It is the acknowledged ‘champion’ of Cold Wars and will not give up its place in the face of Wahhabi/ Salafi/ Al Queda/ Taliban/ Islamic State, etc. pressure any time soon.

~~~
Findings:
Elsewhere, two essential essays stand out from the flood of political reporting out of the United States this week:
How America Made Donald Trump Unstoppable, by Matt Taibbi, Rolling Stone

He’s no ordinary con man. He’s way above average — and the American political system is his easiest mark ever.

The Governing Cancer of Our Time, by David Brooks, New York Times

“There are essentially two ways to maintain order and get things done in such a society — politics or some form of dictatorship. Either through compromise or brute force. … Over the past generation we have seen the rise of a group of people who are against politics. “