What deserves attention, in this crazy and constant flood of distractions? That, always, is F&O’s  top question. Our aim to offer a journalism boutique of the best, most interesting, stories –to earn a regular spot in your travels through the web. Here are our new reads for the weekend; on Monday, we’ll have a series for the climate summit in Paris. If you have comments or suggestions,  please drop me a line at djones AT factsandopinions.com. Thanks for your interest and support.

Paris, Pilots and our rhetoric around ISIS. By Sheldon Fernandez

An event of cosmic proportions occurred on November 18 when the US congress passed the Space Act of 2015 into law. The legislation will give US space firms the rights to own and sell natural resources they mine from bodies in space, including asteroids.

For faithful Catholics, the whole point of the Pope and the Vatican is that they should be pillars of certainty in a troubled and troubling world. But as Argentinian Jesuit Jorge Mario Bergoglio approaches the end of his third year as Pope Francis, the relationships between the Pontif and his cardinals — the Princes of the Church – and the standing of the management of the Vatican – the Curio – are all beset by uncertainty and confusion.

World leaders must reach a historic agreement to fight climate change and poverty at upcoming Paris talks, facing the stark choice to either “improve or destroy the environment”, Pope Francis said in Africa on Thursday.

Why the Paris attackers were based in Molenbeek. By Martin Conway

Just as during the German invasions of 1914 and 1940, war, it seems, is coming to France through Belgium. If one follows the logic of the statements of various French political leaders since the bloody attacks in Paris on November 13, Belgium has become the base from which Islamic State has brought the conflicts of the Middle East to the streets of Paris.

The Painting That Saved My Family From the Holocaust.  by Stephen Engelberg, ProPublica

How I watched Lee Child write a Jack Reacher novel. By Andy Martin 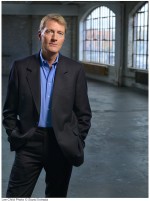 Nobody really believes him when he says it. And in the end I guess it is unprovable. But I can put my hand on heart and say, having been there, and watched him at work, that Lee Child is fundamentally clueless when he starts writing. — British professor Andy Martin, who spent much of a year with author Lee Child as he wrote the 20th novel in his Jack Reacher series.

RETURN TO F&O’S TABLE OF CONTENTS

Facts and Opinions, a journalism boutique of words and images, is independent, non-partisan and employee-owned. F&O is funded by you, our readers. We are ad-free and spam-free, and do not solicit donations from partisan organizations. You are welcome to try one story at no charge. If you value our work, please support us, with at least .27 per story. Click here for details.  Real journalism has value. Thank you for your support. Please tell others about us, and find us on Facebook and Twitter.