Kurdistan could be a silver lining in Middle East quagmire 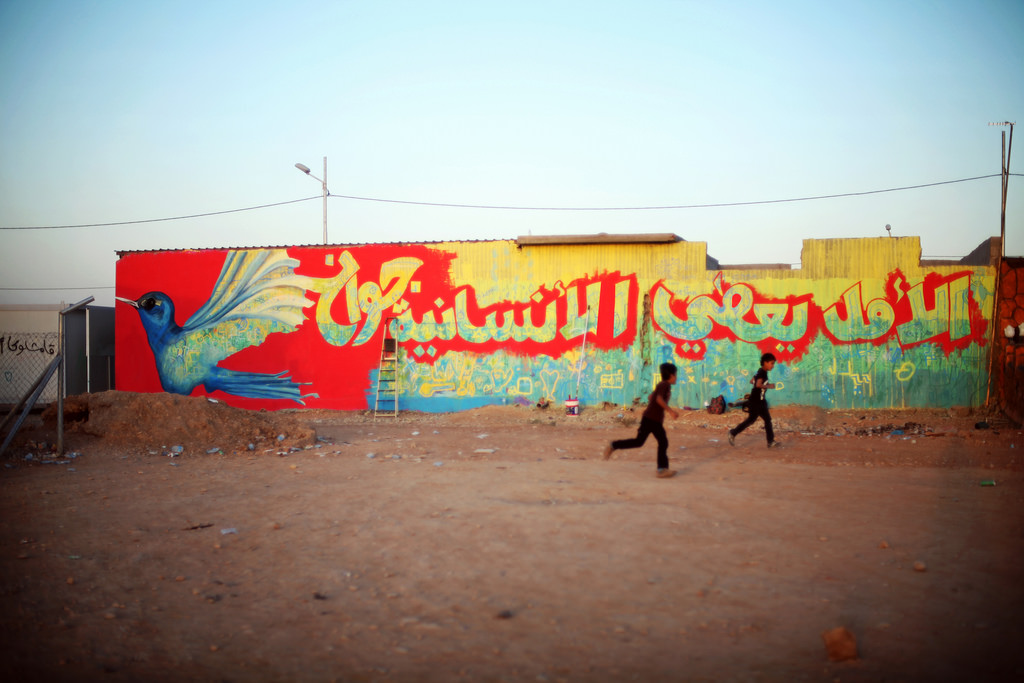 Refugees from the war in Syria continue to arrive to the Kurdistan region of Iraq. Despite the seemingly impossible situation, children created a mural that reads, “hope gives wings to humanity.” Photo by Samantha Robinson, European Commission, public domain

The siege of Kobani has pushed to the surface some of the internal and external pressures working against the creation of a complete Kurdistan homeland, writes International Affairs columnist Jonathan Manthorpe. But if any good can come of the latest ill-conceived bombing of the Middle East, it would be furthering the cause of Kurdistan. Excerpt of Manthorpe’s new column, War on Islamic State caliphate boosts the birth of Kurdistan:

Before going to war it is always a good idea to have a clear purpose and outcome in mind.

Yet six Royal Canadian Airforce CF-18s are set for bombing missions in the Middle East without any clear vision of what victory will look like. The whole thing is depressingly reminiscent of the Libyan campaign in 2011 when allied warplanes enabled rebels to oust and kill dictator Moammar Gaddhafi. But then they all declared “mission accomplished,” packed up their kit and headed home. Meanwhile Libya has turned into bloody chaos and a killing ground for rival Islamic factions, tribal fighters and would-be new dictators. There are many days when Gaddhafi, for all his evil, looks a lot better than what Libyans have got now.

Sadly this latest international escapade to try to neuter the Islamic State movement in Syria and Iraq does not appear to have any clearer line of march or long-term strategic purpose than the Libyan adventure.

But there is a worthwhile objective that could raise this campaign above the bombing of psychopaths in stolen trucks. It is to use this conflict to propel the creation of an independent state of Kurdistan. Log in to read War on Islamic State caliphate boosts the birth of Kurdistan  (paywall*)

Click here for Jonathan Manthorpe’s columnist page,  or here to purchase a $1 day pass or subscription.