In the far north, the future is here 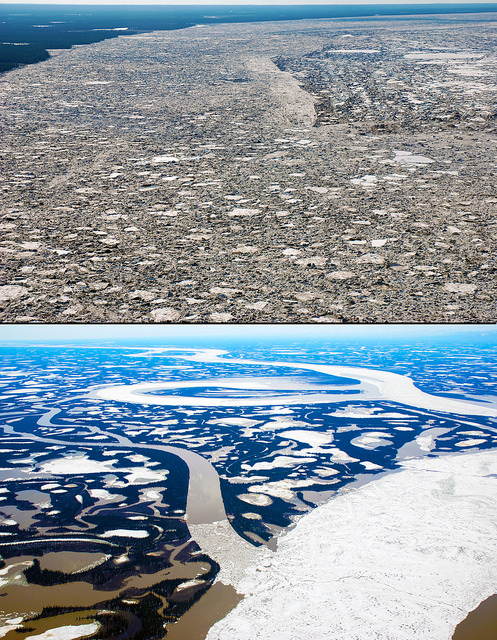 The biggest world news has concerned the release of the latest report from the Intergovernmental Panel on Climate Change, warning that climate change is already experienced worldwide. But what instead drew the attention of Natural Security columnist Chris Wood was a research paper that has received little attention.

It’s focused on the Mackenzie River delta in the Canadian Arctic, a “vast, lake-studded river delta that is the northern nursery for millions of migratory birds and the primary source of biological nutrients to the Beaufort Sea.”

Notes Wood:  forecasters have warned of catastrophe should the Mackenzie warm, as has been predicted, by 5-6oC by the end of the century.

But what staggering new research shows is, it already has reached such temperatures.

Log in to read Wood’s column: The End of the Century is Now, in Northern Canada. (Subscription or day pass required*)