The Earth’s climate has always changed. All species eventually become extinct. But a new study has brought into sharp relief the fact that humans have, in the context of geological timescales, produced near instantaneous planetary-scale disruption. We are sowing the seeds of havoc on the Earth, it suggests, and the time is fast approaching when we will reap this harvest.

This in the year that the UN climate change circus will pitch its tents in Paris. December’s Conference of the Parties will be the first time individual nations submit their proposals for their carbon emission reduction targets. Sparks are sure to fly.

The research, published in the journal Science, should focus the minds of delegates and their nations as it lays out in authoritative fashion how far we are driving the climate and other vital Earth systems beyond any safe operating space. The paper, headed by Will Steffen of the Australian National University and Stockholm Resilience Centre, concludes that our industrialised civilisation is driving a number of key planetary processes into areas of high risk.

It argues climate change along with “biodiversity integrity” should be recognised as core elements of the Earth system. These are two of nine planetary boundaries that we must remain within if we are to avoid undermining the biophysical systems our species depends upon.

The original planetary boundaries were conceived in 2009 by a team lead by Johan Rockstrom, also of the Stockholm Resilience Centre. Together with his co-authors, Rockstrom produced a list of nine human-driven changes to the Earth’s system: climate change, ocean acidification, stratospheric ozone depletion, alteration of nitrogen and phosphorus cycling, freshwater consumption, land use change, biodiversity loss, aerosol and chemical pollution. Each of these nine, if driven hard enough, could alter the planet to the point where it becomes a much less hospitable place on which to live.

The past 11,000 years have seen a remarkably stable climate. The name given to this most recent geological epoch is the Holocene. It is perhaps no coincidence that human civilisation emerged during this period of stability. What is certain is that our civilisation is in very important ways dependent on the Earth system remaining within or at least approximately near Holocene conditions.

This is why Rockstrom and co looked at human impacts in these nine different areas. They wanted to consider the risk of humans bringing about the end of the Holocene. Some would argue that we have already entered a new geological epoch – the Anthropocene – which recognises that Homo sapiens have become a planet-altering species. But the planetary boundaries concepts doesn’t just attempt to quantify human impacts. It seeks to understand how they may affect human welfare now, and in the future.

The 2009 paper proved to be very influential, but it also attracted a fair amount of criticism. For example, it has been argued that some of the boundaries are not in fact global in scale. There are very large regional variations in consumption of freshwater and phosphorus fertiliser pollution, for instance.

That means that while globally we may be in the green, there could be an increasing number of regions that are deep in the red.

The latest research develops the methodology so that it now includes regional evaluations. For example it assesses basin-level freshwater use and biome-level species extinction rates. It also includes a new boundary of “novel entities” – new forms of life and novel compounds the likes of which the Earth system has not experienced and so impact of which is extremely challenging to assess. Ozone-depleting CFCs are perhaps the best example of how a seemingly inert substance can produce planetary damage.

The paper also gives an update on where we stand on some of the planetary boundaries. At first sight, it looks as though there may be some good news in that climate change is no longer in the red. But then closer inspection reveals that a new yellow “zone of uncertainty with increasing risk” has been added to the previous green and red classification.

Climate change impacts are firmly within this new yellow zone. Our atmosphere currently has about 400 parts per million (ppm) of carbon dioxide. To recover back to the green zone we still need to get back to 350ppm – the same precautionary boundary as before.

Perhaps most importantly the research produces a two-tier hierarchy in which climate change and biosphere integrity are recognised as the core planetary boundaries through which the others operate. This makes sense: life and climate are the main columns buttressing our continual existence within the Holocene. Weakening them risks amplifying other stresses on other boundaries.

And so to the very bad news. Given the importance of biodiversity to the functioning of the Earth’s climate and the other planetary boundaries, it is with real dismay that this study adds yet more evidence to the already burgeoning pile that concludes we appear to be doing our best to destroy it as fast as we possibly can.

Extinction rates are very hard to measure but the background rate – the rate at which species would be lost in the absence of human impacts – is something like ten a year per million species. Current extinction rates are anywhere between 100 to 1000 times higher than that. We are possibly in the middle of one of the great mass extinctions in the history of life on Earth. 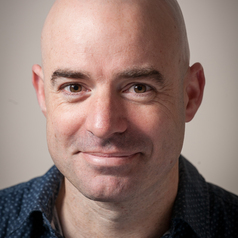 James Dyke is a specialist in Complex Systems Simulation at the University of Southampton.

His web site is here.

Help sustain our independent, non-partisan and professional journalism by buying a $1 day pass or subscription to Facts and Opinions. An online journal of first-rate reporting and analysis, without borders, F&O is employee-owned, does not carry advertising, and is funded entirely by readers. Click here to purchase a $1 day pass or subscription, from $2.95 per month to $19.95 annually.