International affairs analyst Jonathan Manthorpe writes today on the crisis looming over Hong Kong, and the fraught relationship between its citizens and Beijing. An excerpt: 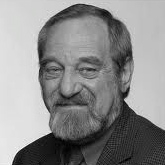 A crisis is fast approaching in the relations between Beijing and the people of Hong Kong, a relationship which has been on a downhill slide since the territory was returned to China in 1997.

Within the next few months, Beijing is set to decide whether to keep to its promise made before the handover to foster democratic government in Hong Kong, or to continue dictating who will run the territory of over seven million people.

The prospects for meaningful reform in Hong Kong do not look good.

Increasingly, in recent years Beijing has been given little cause to think Hongkongers can be trusted to run their own affairs without causing problems for China’s Communist one-party state.

Months of public consultation by the Hong Kong government on the territory’s future political structure will end early in May.