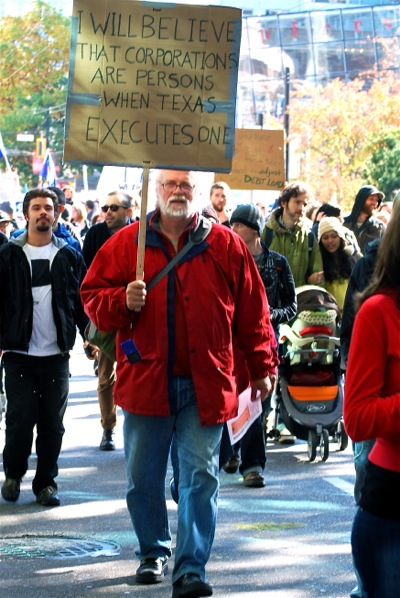 You say you want a revolution…

Well, I’m all in. I like the idea of revolutions. I’m seized with joy at the thought of overthrowing the corrupt U.S. financial establishment. I’m gripped with enthusiasm at the thought of bringing justice and economic security for all Americans. I would die happy if I actually saw that come to fruition. Seriously.

Have you ever been in revolution? Or the chaos that always ensues in true revolutions? Do you think the people who are being replaced will just go quietly into that good night? No fuss, no muss, glad to a bit of service and out the door? Wall Street billionaires dancing off into the sunset?

And once the revolution has been achieved, are you aware of the sacrifices and commitments that are needed to keep it in place? It can’t be done on Facebook and social media. Buzzfeed won’t have 20 little gifs about how to maintain the progressive “New World Order.” No, from what I’ve seen, maintaining any kind of a gain after a revolution can often involve tremendous commitment, little thanks for the people who are actually doing the work, and many, many backwards steps in order to keep your balance.

Now I’ve never been in a revolution, but I’ve covered them as a reporter and as an editor. A little over five years ago I sat with a group of fellow editors and watched Egyptian President Hosni Mubarak resigned his position after weeks of student demonstrations in Tahrir Square in Cairo, that were sometimes met with brutal force by the entrenched interests in Egypt. But I’ll never forget that day when it looked like Egypt was headed somewhere it had never been: a place with free speech, freedom of the press, police that spend more time keeping the peace and less time beating up people, and so on and so on. You could feel the joy of the young people in Egypt pulsating through the screen.

So, it’s five years after that marvelous day in February of 2011. And where is the Egyptian revolution now? It makes me too sad to think about.

Now, the kind of revolution proposed by Democratic presidential candidate Bernie Sanders is something I find very attractive. Many of his ideas are ones that I think would benefit America: a single-payer health system, more taxes on the rich to help support programs for people who are really in need, reduced college tuitions, the end of debt for students.

But here’s the thing that I’ve learned in my 60-odd years on this planet: important things take time. They take commitment, and energy, and sustained drive, and the ability to deal with setback after setback until the goal is achieved. The fight for these important initiatives won’t end even if Bernie Sanders is elected president next November.

In fact, the fight never ends, ever.

Because all those entrenched forces that I spoke about above, the entrenched forces that turned the Egyptian revolution on its head, also exist in America. And they will fight progress every step of the way. Often cloaked in lies, in bogus science, and duplicity, but they really don’t care as long as they prevent the thing that they fear the most: that the revolution might actually work. And even if the revolution does work, they will continue to try to undo the gains that were achieved. Just today I read how drug testing for food stamps is a possibility. You think that’s a step forward?

That’s why the energy and inspiration of a man like Bernie Sanders is so welcome, even if I don’t support him for the Democratic nomination for president. The way that he is energizing young people to take up the struggle once again is more important that I can tell you. But the kind of instant change Sanders is selling is, well, impossible. And I mean that word precisely. Impossible. Look at the Occupy movement. It accomplished very few of the goals it originally championed. But it did two very important things: it raised the profile of these issues in a very public way, and it launched a lot of young people on a road that will make a difference.

Years ago a Canadian band named The Parachute Club released an album entitled “Small Victories.” One of the songs was indeed about small victories and how important they were. For some reason that song has always stuck with me. Because I’ve learned that’s the way life really works: small victories. Small victories that happen day after day through the efforts of hard-working men and women in many causes who keep their eyes on the prize and Martin Luther King’s wise words in mind.

“The arc of the moral universe is long, but it bends towards justice.”

But it is long.

Current political campaigns in the United States reveal how much elections are being disrupted by the same forces that have made a mess out of everything in society, from book and newspaper publishing, to overnight rentals to retail sales.

It is sobering to remember now the optimism about the “Arab Spring” that swept through the Middle East and supportive countries in Europe and North America at the upwelling across the region of popular frustration at dictatorial, repressive governments. The throngs of young people in the city squares chanting for democracy did not constitute a political movement of any utility, and the Middle East in general is in much worse shape than it was before the Arab Spring bloomed five years ago.