Why Donald Trump won’t be impeached 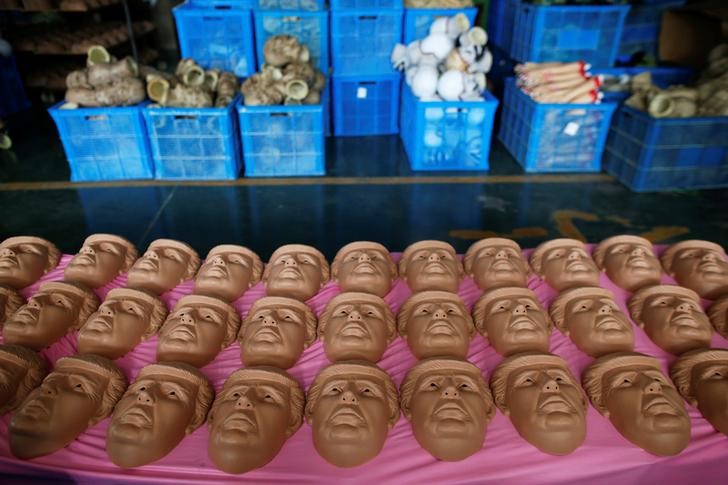 The story goes that, in the 1970’s days of the Watergate crisis,, the editor of the Washington Post, Ben Bradley, would walk around his newsroom yelling out loud to his reporters, “Don’t gloat, don’t gloat.”

It is tempting to fall into that trap today, with nonstop shocking headlines about United States President Donald Trump: the connections between Trump, his campaign team, and the Russians, the firing of FBI director James Comey, and the appointment of a special prosecutor, Robert Mueller. All of this has brought out a certain Captain Queeg (of The Caine mutiny) personality in Donald Trump, with wild claims about his being the most persecuted politician in American history.

Yet for all the bad news that Trump faces, for the long months of investigations ahead by the special prosecutor and by two Congressional committees into the Russian hacking of the United States election, for his decision to hire former Gen. Michael Flynn to be national security advisor when it seems he already knew that Flynn was under investigation for his failure to disclose that he was a foreign agent for the Turkish government, for all the times that Trump changed his story, he will not be impeached.

The talk this week of impeachment by some Democrats was hasty, premature, and quite honestly just plain stupid. The only way that a president can be impeached, according to the U.S. Constitution, is for “high crimes and misdemeanors.” And that’s all that it says. It doesn’t define what high crimes and misdemeanors are. It appears the founders of the country left that open to interpretation for the generations that followed them. An American president has only been impeached twice: Andrew Johnson, the successor to Abraham Lincoln, and in more recent memory, Bill Clinton. While both were impeached in House of Representatives, the Senate failed to convict either man, and they remained in office.

The main reason that Donald Trump will not be impeached is that his fellow Republicans control both the House of Representatives and the Senate. And while there have been an increasing number of Republican voices calling for a more thorough probe into possible connections between the Trump campaign and Russia, the majority of Republicans, and this is certainly true of their leadership, have adopted a “there’s nothing to see here, move along, move along” attitude towards the entire debacle. The closest thing that any Republican leader has come to even criticizing the president was when Senate Majority Leader Mitch McConnell said that Washington could do with a little less “drama” coming from the White House.

It is a pure political calculation. While it may be true that many of us on the left are fighting the temptation to gloat, as I wrote just last week, there are parts of the country where Donald Trump remains incredibly popular.

Americans who support him see the Russia investigation as a “witch hunt,” and believe the mainstream media’s only goal is to bring Trump down. They see every negative story about him as “fake news,” and believe he is doing a great job. In almost every poll that’s been taken since Trump assumed office, the number of people that support Trump has barely wavered, ranging about 38-40 per cent.

This may be one of the reasons why Trump occasionally flees Washington to a campaign event somewhere in “Trump country,” where he can be surrounded by the cheers of the adoring fans that he seems to desire so much.

The two words any Republican lawmaker, or any American lawmaker for that matter, fear most, are primary challenge. Currently Republicans in the house and in the Senate are weighing the political calculus of just how much they can criticize Trump without invoking the fury of his supporters and the resulting primary challenge — when an incumbent is challenged in an upcoming primary election by a member of his own party.

Yet on the other hand, there are more than a few Republican congressmen and women who won in areas where Hillary Clinton was popular. They know that if they are seen as being too close to Donald Trump, those Clinton voters will turn out in droves and toss them out of office. Thus, we have the current  kabuki dance of Republican politicians, trying to walk a line so thin you need a microscope to see it.

But let’s hypothesize a bit.

Even if the Democrats took every contested seat in the House, and Nancy Pelosi again became speaker, there’s probably no chance the Democrats could regain control of the Senate considering the number of Democratic senators up for reelection in 2018.

The situation is so dire for Democrats that if they just maintain the current total of 52 Republicans, 46 Democrats and two independents (who caucus with the Democrats), it would be a minor miracle. So even if Trump were impeached in the house, if enough crimes and misdemeanors were found, there is very little likelihood that he would be convicted in the Senate.

So, love him or hate him, Donald Trump is here for a while.

On the one hand, as a journalist and columnist, this is the best of all possible worlds: there is never a want of controversial topics to write about.

For my country, on the other hand, it will be an ongoing nightmare. Seldom has there been a man so ill-prepared, so-ill suited, so wrong to be the president of the United States.

Yet in the end nothing can really be done about that. And gloating won’t help. It’s just temporary pain relief from a long-term headache.

Correction: An earlier version of this column identified Andrew Jackson as a previously impeached US president. It was corrected May 21 to Andrew Johnson.