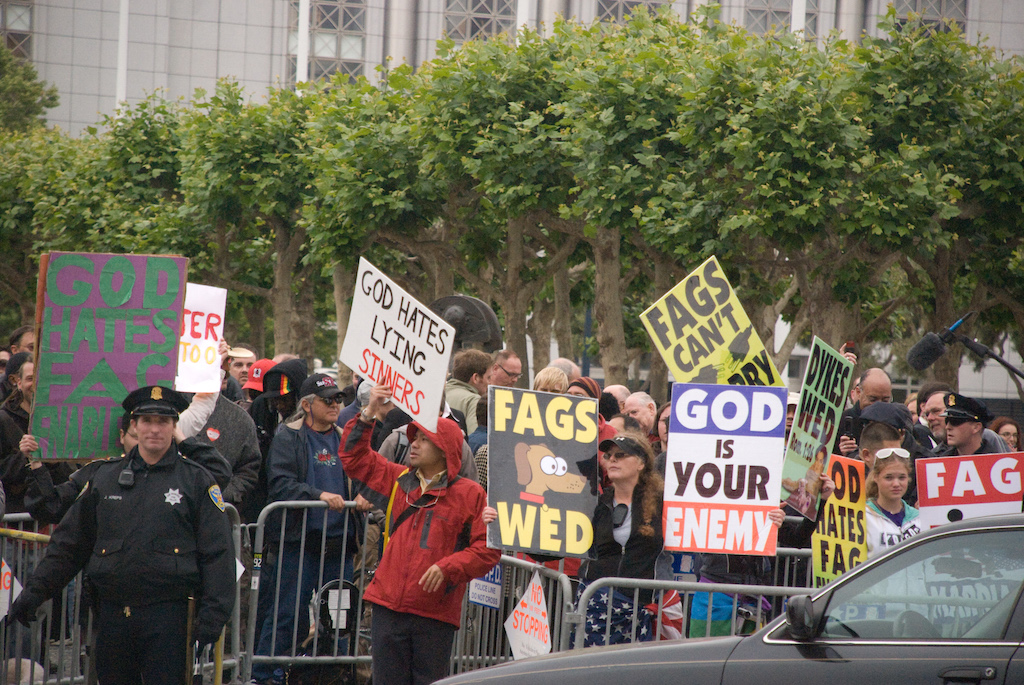 It’s pretty hard to underestimate the role that religion has played in promoting progressive ideals over the years.

In my native Canada Tommy Douglas, the former leader of the New Democratic Party in the 1960s, the man who first championed universal medical care, and the only politician with enough guts to stand up to Pierre Trudeau when he invoked the War Measures Act in 1970 (which deprived many Canadians of their civil liberties), was a Baptist minister.

In the United States the Rev. Martin Luther King, or in South Africa Arch-Bishop Desmond Tutu, are great examples of religious leaders who inspired millions to act in the name of freedom. Pope John Paul II has a more checkered history, but you cannot diminish the role that he played in bringing about the end of Soviet-style communism. Or the role that Pope Francis, the current pontiff, has chosen to play as a champion of climate change action.

But that’s only one side of the coin.

Far more often, religion has also been used as one of the main curbs on freedom – of person, of thought and of gender. From historical examples like the Vatican’s treatment of Galileo or the burning of women as witches across Europe, to the modern day hyper-religious extremism of murderous groups like the Islamic State or the dark bigotry and hate-preaching of American religious leaders like Franklin Graham, religion far too often casts a very dark shadow across the world.

We currently face a dark religious moment in the United States, a moment of hatred trying to disguise itself in the mantle of “religious liberty.” When the U.S. Supreme Court recently upheld the right of gays and lesbians to marry, the shouts of outrageous indignation from the far-right – and in particular the religious far-right – were almost as loud as the shouts of joy from the supporters of the decision.

The plan of these religious bigots is to use their faith like a weapon against the decision, much in the same way those opposed to the abolition of slavery used religion as a way to promote their very sectarian belief in that “peculiar institution.” (There are frequent references to slavery as the “heaven-ordained” segregation of the races in the writings of Confederate politicians.) One auto body shop owner in Michigan once went so far as to say that he would no longer serve gays and lesbians, as if fixing a homosexual’s car somehow went against his religious principles.

As an atheist, I find the whole notion of religion ridiculous. But I’m also a realist. Religion is a very powerful force in many people’s lives, including many of my family members and my friends. As far as I’m concerned, what every gets you through the night is OK.

The moment it stops being OK is when that religious belief starts to negate the freedom of others. Many Americans are still unsettled by the idea of homosexuality, and while they may not agree with gay marriage, they are law-abiding and care about their gay and lesbian friends and neighbors. But increasingly, as time passes, more and more of them come around to find acceptance on the issue. (I have seen this happen in my own family.)

I think of my former state of Massachusetts, the first in America to allow gay marriage. At the time, there were predictions of catastrophes of biblical proportions from conservatives and the religious right-wing. The end of marriage. All the children would turn into homosexuals. Pastors would be forced to marry gays and lesbians against their will. Etc., etc. But as time passed, and nothing happened and life just went on, people began to see the dire warnings of the religious right as little more than, well, sound and fury signifying nothing.

And this is what will happen across the rest of America as well over the coming years.

This is what terrifies the religious right more than anything, and why they will try to use the mantra of “religious liberty” as a bigoted cudgel against freedom. Religion in America is a third rail, with few politicians willing to stand up and say these religious beliefs do NOT represent either what most Americans believe or what is best for the country.

Because in the end, these religious beliefs are a kind of facade – a blind behind which people can hide their hatred of the others: gays and lesbians, Muslims, Jews, blacks, Hispanics, single mothers, you name it. Giving these hatreds a patina of religious gloss makes it seem like they are only doing ‘god’s will,’ that is ‘heaven-ordained.’

If we must hear religious voices in this country, let them not be the ones that call to the dark sides of our natures, who ask for hatred and even violence. Let them instead be the ones that prompt us to move forward, to work for the freedom of all, to make this country a better place.