Trump and Russia: “There is a smell of treason in the air” 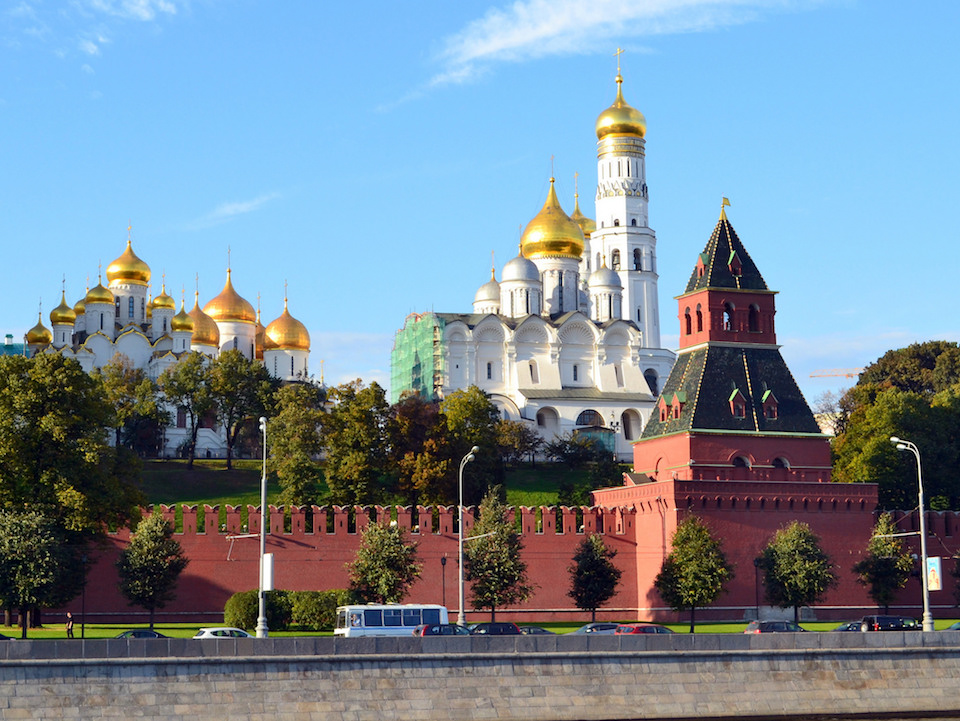 Photo of the Kremlin by Larry Koester, Creative Commons

As American presidential historian Douglas Brinkley said after the recent hearing of the House Intelligence Committee, when FBI director James Comey testified that the FBI is indeed investigating members of Donald Trump’s campaign for ties to Russia and its hacking program, there is a “smell of treason in the air.”

The story of Russia’s hacking of the 2016 election campaign and the role the Trump team may have played in that effort is the story that will not die, much to the consternation of President Trump and his Russian counterpart, Vladimir Putin.

Every day brings new revelations, which are coming so fast that it’s difficult to keep track of each one. As I write this, the major news outlets are reporting former National Security Advisor Michael Flynn is willing to testify before the House and Senate Intelligence Committees in exchange for immunity from prosecution. This news is, no doubt, causing heart palpitations at the White House, because no one asks for immunity from prosecution unless they are worried that they may have committed criminal acts. (In fact, Flynn himself made this same comment in 2016.)

Meanwhile, at yesterday’s Senate Intelligence Committee hearing, national security expert Clint Watts told the committee to “follow the trail of dead Russians.” He pointed out that “several Russians linked to the investigation into Kremlin disinformation activities have been killed in the past three months.” And he charged Donald Trump with using Russian tactics to undermine his political opponents.

There are two elements to the story that are separate and yet connected. The first element is the Russian hacking of the election: the stealing of files from the DNC and their release at key moments designed to undercut Hillary Clinton, and continuing Russian efforts to undermine western democracies. The second element is the possible relationship between members of the Trump campaign team and Russians, officials and unofficial, and the roles they might have played in the Russian hacking campaign.

There is no doubt that the Russian hacking of the campaign took place. Numerous American intelligence agencies have confirmed this, and it matches the behavior of the Russians in other democratic Western nations. Even if the Trump campaign played no role in the hacking, it still took place and, as Republican Senators John McCain and Lindsey Graham have pointed out, it will severely affect our relationship with the Russians at a time when President Trump wants to be buddy-buddy with Putin.

Over the past few years Russia has relentlessly sought to undermine democratic elections in the Western world. It has also aggressively conducted disinformation campaigns about its illegal actions in the Ukraine and in Syria. Germany recently accused Russia of trying to undermine Chancellor Angela Merkel, and there is also some question surrounding Russian aid to the pro-Brexit side in the United Kingdom vote. It’s also known that Russia tried to promote anti-European Union presidential candidate Geert Wilders in the recent Netherlands’ election, and is promoting Marie Le Pen in France.

Only two months ago, Russia announced the formalization of this process when it publicized the creation of a specialized unit to engage in informational warfare. Until now most of the Russian hacking has been done by so-called “state actors,” which intelligence agencies around the world knew were under the command of the Kremlin. It was this kind of team that hacked the emails and information at the Democratic National Committee, and which organized their slow but steady release during the 2016 election campaign which helped undermine the candidacy of Hillary Clinton.

A key part of this disinformation campaign was the role played by Julian Assange and WikiLeaks. Assange and Putin shared a common goal: the destruction of Hillary Clinton, reportedly because of perceived personal issues. It is likely, despite its denials, that WikiLeaks served as the broker for information hacked by the Russians. Although the Trump team’s connection to WikiLeaks is not well-known,  Nigel Farage (the anti-Brexit campaigner and friend of Donald Trump) visited Assange at the Ecuadoran Embassy in London (where Assange has taken refuge to avoid deportation to Sweden where he faces rape charges) after the November election. There is speculation that Farage was delivering a message from Trump to Assange.

There can be no doubt about Putin’s objective: he wants to make Russia a superpower again. In the same way class school bullies unable to achieve status through effort tear high achievers down to their level, Putin has crafted a campaign of innuendo, disinformation, lies, and intimidation to bring other countries down to his level. This is particularly true of his efforts to undermine the European Union and to diminish the power of the United States by covertly helping to elect actors, such as Donald Trump, who he feels he can manipulate.

Regardless of the question of whether or not members of the Trump team actively coordinated with the Russian “state actors” in their campaign to discredit Hillary Clinton, this issue of Russian interference in the elections of the United States cannot be overlooked.

But the question of the role that several key members of the Trump team played in connection with the Russian activities is also important. Four men (Paul Manafort, Carter Page, Roger Stone and Michael Flynn) deserve particular attention. It is interesting that the White House is madly trying to disconnected itself from the four men, which it now describes as “minor players” in the campaign. But as John Dean, of the Watergate scandal, said, “I know something about cover-ups and there is a cover-up happening here.”

The question of whether or not members of Donald Trump’s campaign team, or Trump himself, had knowledge of the Russian hacking successes, and helped to coordinate the release of information obtained in these break-ins, is now the subject of an FBI investigation.

We now know that despite repeated denials, many members of the Trump team met with Russian officials, in particular the Russian ambassador to the United States (including former national security advisor Michael Flynn, current Atty. Gen. Jeff Sessions, White House advisor and Trump son-in-law Jared Kushner, campaign advisors Roger Stone and Carter Page) during the 2016 election campaign. This despite the repeated earlier denials that there was no contact between any member of the Trump team and the Russians.

Important members of the Trump team also have long associations with Putin, Putin’s friends, or sketchy Russian business interests. Secretary of State Rex Tillerson was described as “a gift to Putin” because of his long-standing personal and financial ties to Russia and Putin. Wilbur Ross, the Commerce Secretary, has extensive ties to a billionaire friend of Putin and their shared interest in the national Bank of Cyprus. The New York Times recently reported that Donald Trump had business dealings in New York with Russians with alleged criminal connections.

Meanwhile the BBC reported earlier this week that that US officials “verified” a key claim in a report by former British intelligent agent Christopher Steele about Kremlin involvement in Donald Trump’s election – that a Russian diplomat in Washington was in fact a spy.

Pieces are falling into place faster and faster. Meanwhile, the US intelligence committee reports that Russia is still spying on the US and already has plans to influence the next American election.

This scandal, which it seems like has been with us forever, is only just starting to heat up.

http://www.bbc.com/news/world-us-canada-39451358
Devin Nunes Is Just the Errand Boy in the Trump-Russia Scandal
http://www.thedailybeast.com/articles/2017/03/31/devin-nunes-is-just-the-errand-boy-in-thes-trump-russia-scandal.html?via=desktop&source=twitter