The real fight behind the US election 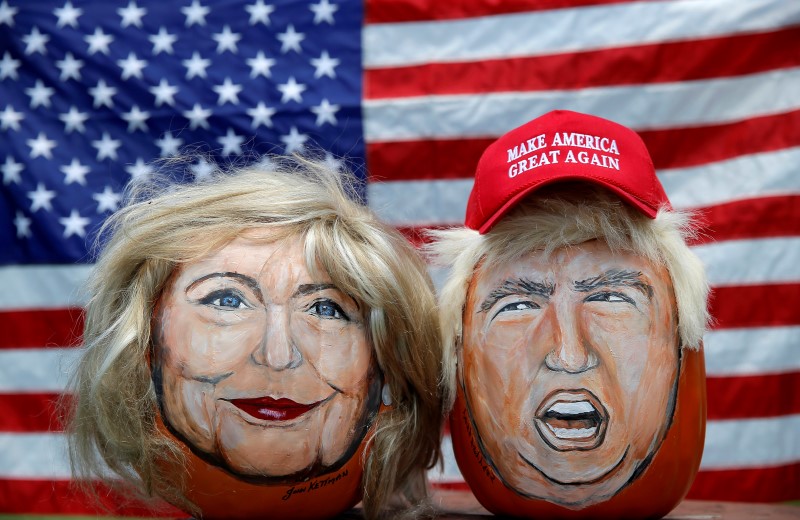 It’s like being stuck in a dryer, constantly going around and around, too hot, and claustrophobic. I’ve covered, or worked on, many, many elections. I’ve never seen one like this one.

Both main candidates in the American presidential election are like wounded dinosaurs, out for one last battle. I’ll vote for Clinton, but not because I’m overly enamoured with her. On the one hand, I think she done a lot of great stuff and helped a lot of people. On the other hand, she is first and foremost a politician. And there is something to the claim that where ever the Clintons go, something unusual seems to happen. Could be good, could be bad, but it isn’t normal.

Then you have Donald Trump. I don’t have enough bad words to say about Trump, but I’ll try. He’s a liar, a sexual predator, a cheat, a fraud, a misogynist, a racist and, most of all, a chameleon. I truly believe that if Donald Trump thought that proposing unlimited amnesty for illegal aliens would gain him extra points in the election, he would have said that. He just wants to WIN. I’m not sure if he really wants to help run the United States. He just wants to be PRESIDENT.

And that is why on Hillary Clinton’s worse day, I would still take her 100 times out of 100 over Trump.

But their parts in this “casual comedy,” as Yeats wrote, are about to change. One will win, and one will lose. What concerns me most is what’s around the edges of this election, particularly because of the candidacy of Trump.

There is only one way to say it: Trump has made being a racist and a sexist mainstream again. When Clinton wins, count on a surge of bigotry and sexism unlike ever before in America. Expect much of the media to kowtow to the new-found muscle of the alt-right.

My friend Jay Rosen of Press Think wrote a column this week in the Guardian about how a newspaper in Florida “wrote an open letter to readers, apologizing to them for news coverage that was too critical of Trump. The editors were under fire from angry subscribers, many of them conservative, white retirees who live in the area.”

Meanwhile there are reports that the Country Music Awards deleted mentions of Beyoncé (who performed at this year’s awards with The Dixie Chicks) from its website and twitter account after angry racists denounced her. The CMA later said this was not the case, but many people, including the Dixie Chicks, said they do not believe the organization.

There is a fight ahead, one that goes far beyond the tenure of a President Clinton or (god forbid) President Trump. It will be against the alt-right, the Bundys, the unrepentant racists and sexists like Milo Yiannopoulos, the Roger Stones, the David Dukes, the KKK, you name it. They will attack gays, blacks, Hispanics, Muslims, women, the government, police, Hollywood, music, anything or anyone that they think doesn’t follow their mantra of white male Christian dominance.

Because in the end, that is what this election is all about. Yes, there are some economic concerns, but overall the economy is nowhere near as bad as it was eight years ago. (Thus, President Barack Obama’s high approval rating.)

This election is primarily about angry white men, scared that they are losing their position of privilege to minorities and women, and doing what they can to keep that position. This may be their last chance at the gold ring, and I think they know it.

Demographics are against them, but they are not going down with a brutal fight, and they don’t care who gets hurt. And in Donald Trump, they found just the right man to lead them.

So get ready folks. The election ends on Tuesday. But the real struggle starts on Wednesday.

Did The CMA Awards Really Delete All Mention Of Beyoncé To Appease Racists? Huffington Post

My journey to the center of the alt-right, Huffington Post