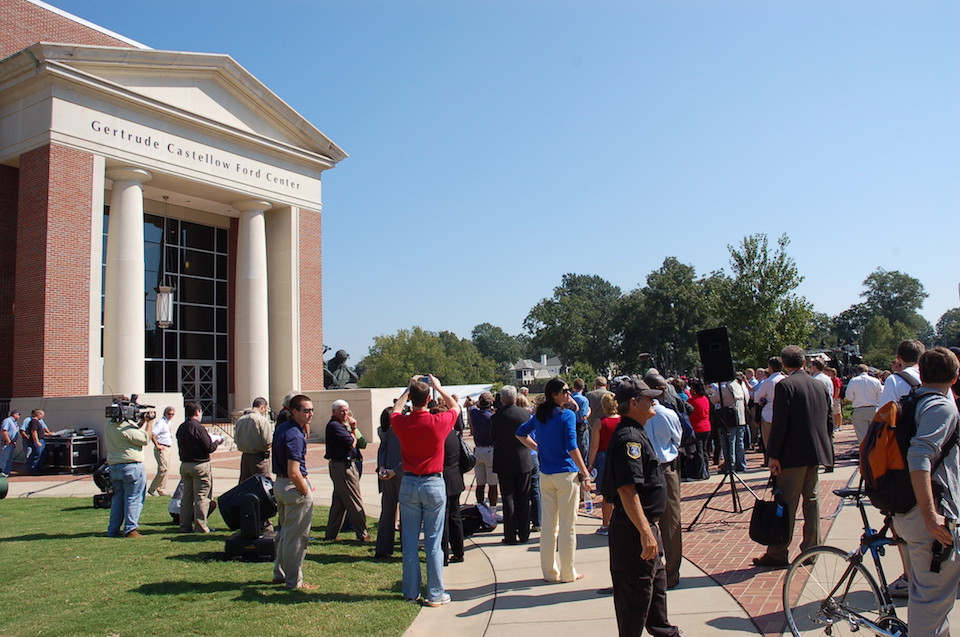 But, oh what a difference it can make. 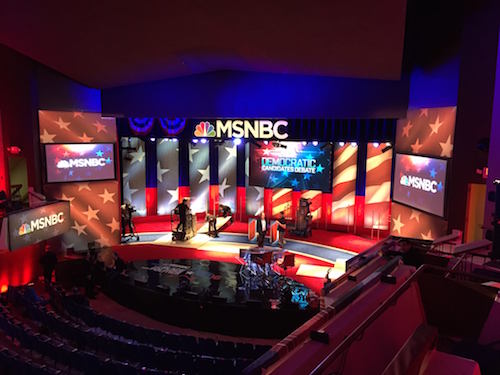 Take the results of the recent caucuses in Iowa. On the Democratic side, Hillary Clinton “won” an incredibly tight victory by what appears to be much less than a percentage point, perhaps 2/10 of a percentage point. On the Republican side Sen. Ted Cruz won an unexpected victory, but the real drama was between second-place finisher Donald Trump and the man right behind him, Sen. Marco Rubio. Trump, who had been expected by many people to win Iowa, only managed to finish one point ahead Rubio, 24% to 23%. This gave Rubio enough leverage to craft a speech that night that sounded suspiciously like a victory lap, and not the concession speech of the contestant who ended up in third place.

But, oh, what a difference those two percentage-points have made to the respective party’s presidential campaigns. On the Democratic side those 2/10 of a percentage point allowed Hillary Clinton to claim victory, while on the Republican side only finishing a percentage point behind Donald Trump allowed Marco Rubio to claim an important moral victory. And with that, the media was off to the races.

To understand the way media covers presidential campaigns the first thing you should do is read “The Boys on the Bus,” Rolling Stones correspondent Tim Crouse’s book about the 1972 presidential campaign between George McGovern and President Richard Nixon. Though more than 40 years old, what the book has to say about the way reporters cover presidential campaigns is still relevant to this era, only now we use 24-hour cable news and the Internet instead of wire services and newspapers. The way the reporters manufacture (and I use that word purposely) their stories remains largely the same.

So let’s look at the way campaign coverage has unfolded over the past few days. It really all depends on how you look at that 1%. In Hillary Clinton’s case, being ahead by that 2/10 of a percentage point has been enormously important for her campaign, and the way that is being covered. One of the smartest things that Clinton did on the evening of the caucuses was to come out early and declare victory, knowing that the assembled media hordes would fall on that announcement like a pack of ravenous wolves. This allowed her to set the tone for the evening, and manipulated the news networks and twitter-obsessed journalists into spending the next few hours talking about Clinton’s “victory.”

It is true that there has been some pushback by some top people in the Sanders campaign on this narrative, but Clinton’s careful manipulation of the issue has really more or less laid the matter to rest. The somewhat-legitimate complaints made by the Sanders campaign now look a bit like sour grapes. The main narrative about the Iowa caucuses is now that Sanders did very well but Clinton still won, regardless of the margin of victory. In America it’s all about winning, especially in presidential campaigns, and even more so with American media. 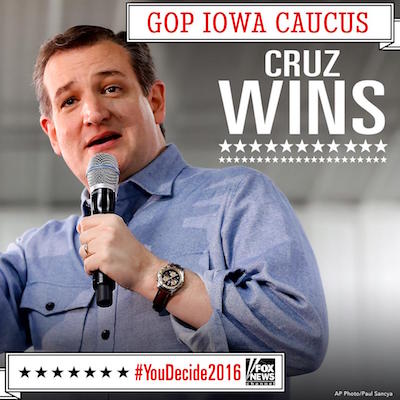 Over on the Republican side, the narrative is “Rubio is gaining ground.” While Ted Cruz won Iowa, almost all reports on his victory include these two factors: A) the candidate who wins Iowa almost never wins the presidential nomination, especially on the Republican side, and B) the two most hated men in Washington may be Abu Bakr al-Baghdadi, the head of ISIS, and Ted Cruz. This latter fact is made clear by the number of political leaders and elected members from his party who have actually stepped forward to endorse him – a grand total of one.

Meanwhile, the mouth that roared, Donald Trump, came out of Iowa a loser. While The Donald still leads in New Hampshire by a somewhat healthy margin, the new narrative is that his lead is slipping, and Marco Rubio is quickly gaining ground. It’s a narrative that the Rubio people are more than happy to push.

The reality is they probably don’t need to do that much work. When the American media decides what the story will be then, god dammit, that’s what the story will be. And politicians had better be quick to fall into line behind it. Smart politicians like Clinton and Rubio sense these sea-changes and are quick to capitalize on them, as the media wave quickly takes on the form of a political tsunami.

It is under this paradigm that the rather large cottage industry of pundits survives. The ones that thrive in this environment are the ones who sense where the media’s narrative is going and find new and creative ways to embellish it. Here’s an important factor – they don’t have to be right about what they’re saying. It’s about filling the neverending news hole of campaign coverage.  (In a 2011 study done by students at Hamilton College in New York, of the 26 political pundits whose predictions were followed over a year-long period, only nine were found to be more reliable than coins flips — just barely.)

Don’t ever let anyone tell you that the media only cares about reporting the facts, because that is just bogus. The American news media is as much responsible for the creation of Donald Trump as are the people who support him. And why did they do this? The answer is simple. Even Trump knows why. Having a celebrity politician like Donald Trump guarantees eyeballs during debates, broadcast speeches, and on air interviews.

And so we are left with this conundrum: who is manipulating whom? American media manipulates the way they tell stories in order to increase eyeballs and produce a narrative that suits their tastes. But politicians then manipulate the media into creating those narratives and building on them, despite what is actually going on in the campaign.

And to be quite honest I think the politician who understands this best, and is using it to his advantage the most, is indeed Donald Trump.

And we end up being the clowns.