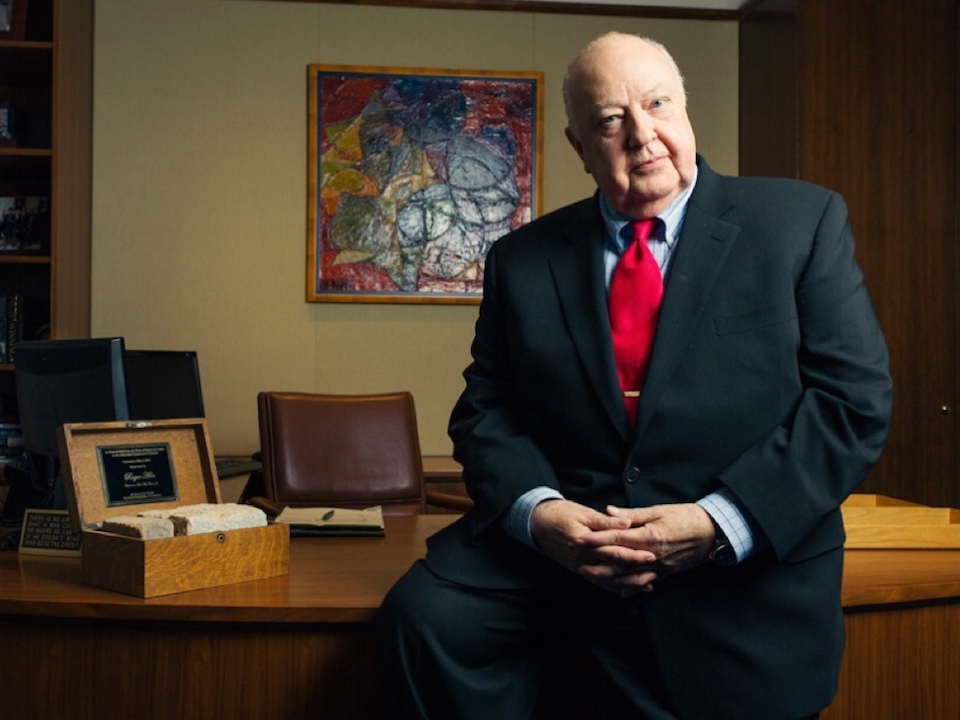 When Roger Ailes died this month, response was mixed. For some, the man who founded and led Fox News for more than two decades deserved a “special place in hell,” for how he corrupted journalism. That was certainly the opinion of military expert and author Tom Ricks, formerly of the Washington Post and Wall Street Journal, who made that very statement on NPR’s Fresh Air. On the other hand, progressive stalwart Rachel Maddows had nothing but kind words for Ailes, calling him gracious and kind and crediting him with giving her good tips about how to improve her show. She added that he never made a pass at her.

I’m old enough now to realize that both of this people are probably correct. I’ve learned over the years that you have to look at a person as a whole.  No one person is all bad (with a few exceptions), or all good. Sinners have their good points, and saints have skeletons in their closets.

It was Ailes’ personal foibles that led to his downfall. His relentless sexual harassment of the women who worked for him, and the way he penalized them if they rebuffed him, went on far too long. But it’s not his personal sins that interest me. There have been far too many men who couldn’t keep it in their pants, and used their positions in society to take advantage of women for, well, centuries.

I want to concentrate on his legacy in journalism, which is where I believe he left a very dark mark. Ricks had a phrase for what Ailes introduced in the media: “thug journalism.” It’s the kind of journalism for which former Fox News host Bill O’Reilly and current Fox News regular Sean Hannity are best known. But it was Ailes who made sure a continual stream of Fox News “regulars” followed this script, which he invented. It openly featured angry white male far-right conservatives (and a few women – almost always blond – plus the occasional person of color), who were often openly homophobic, misogynist and racist. (Sometimes all three at once.)

When Ailes convinced Australian publishing tycoon Rupert Murdoch to launch Fox News in 1995, there was a legitimate argument that there was a need for a more conservative voice in the media. A good friend of mine, a life-long Republican, said he had gone years without hearing more than the odd conservative voice or viewpoint on Mainstream Media, with especially few on regular or cable TV. But Ailes took that “good idea,” and twisted it and twisted it, to perfect “thug journalism.”

He made a lot of money doing it. Like P.T. Barnum, Ailes realized that there is a sucker born every minute. And that he could feed them every lie he could dream up, and they would eat it up.

He played those suckers for all they were worth. He drove home every Republican talking point (many of which he came up with), and gave every elected conservative office holder and every conservative wannabe office holder a place to call home. (And they all sought his blessings before they ran.) And then to top it all off, he gave the suckers an out – he came up with a motto that helped create the illusion of Fox News as your gosh golly gee honest broker: “We report, you decide.”

It was totally bogus, just like everything else Fox News did. Under his guidance, Fox News misreported, obfuscated, ignored or just plain invented the news, for 22 years. And since his channel had way more suckers than all the other channels put together, he changed the tone of debate in the United States.

Ailes (with Murdoch — most especially Murdoch) played the largest role in creating the dysfunctional America that exists today, an America where about 40% live in a fantasy world that exists only on confirmation bias of their worst impulses. But that’s an America that is large enough to elect a Donald Trump, provided enough others stay home and pout for whatever reasons.

Few men have done more to cheapen what it means to be an American. And that is why there is a special place in hell for Ailes. Let’s hope it’s especially hot.