Why Christian religious extremists are just as dangerous as Islamic ones 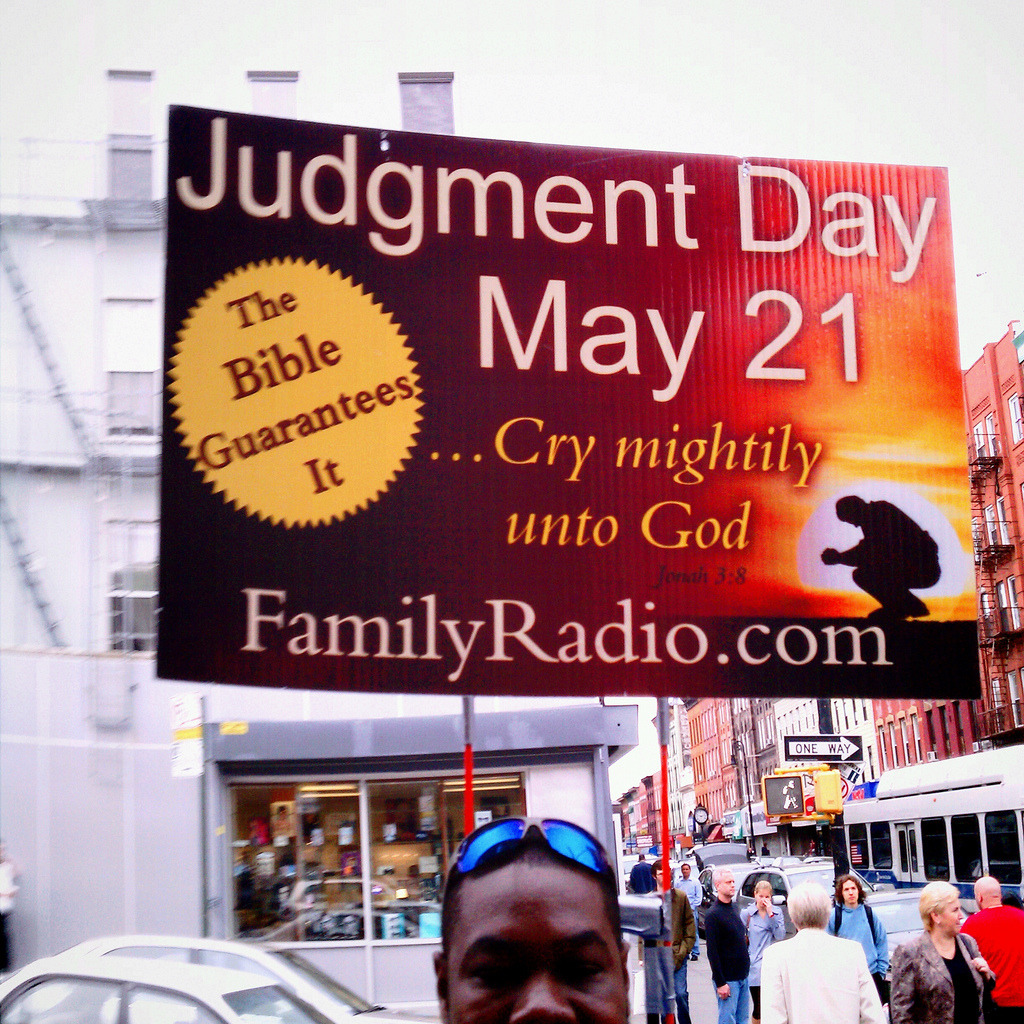 OK, so the title is a little misleading. I lost my religion a long time ago. I was raised a Catholic, went to Sunday School, served as an altar boy, even briefly considered becoming a Catholic priest. All gone. Forgotten. I’m 100 per cent pure atheist now.

What I’d like to talk about today is my experience of religion in the first 35 years of my life, in Canada, and what it’s like dealing with the topic of religion during the last 25 years in the United States.

They are fundamentally different.

There are many religious people in Canada: Christians, Sikhs, Muslims, Buddhists, you name it. You can probably find an organized religious group representing any faith somewhere in Canada. But here’s what you need to know about religion in Canada – it’s a private thing. People don’t tend to wear their religion on their sleeves.

As for religion and politics in Canada, it is interesting to note that of the 28 people sworn in to be members of the new Liberal government cabinet, roughly half did not take their oath of office on the Bible. And while this was remarked upon by some, it’s a non-issue, already forgotten.

There’s an old story my father (who worked in politics for many years) used to tell me: A candidate rises at a local constituency meeting and announces, “I’m an atheist.” There is a moment of silence. Then a voice from the back booms out, “Yeah, but what you gonna do about the roads?”

I moved to the United States 25 years ago. And everything changed.

Of many fundamental cultural differences between Canada and United States that I could dwell on, the one that has caused me the most consternation, the one I found hardest to deal with, is the difference in approach to religion in the public sphere.

In the United States religion is in your face all the time. That’s not to say all of it is necessarily bad, but the role it plays in the public life of the country is sometimes overwhelming and, well, off-putting.

Religion in the public sphere in America has been hijacked by a particular group – conservative Christian fundamentalists. It’s important to note that there are many, many good people of faith in the United States who are open-minded and ecumenical in their approach toward the world. Conservative Christian fundamentalists are none of the above. Just like their fundamentalist blood brothers within Islam, they believe that they have the one true path to God, that everyone else is an apostate or infidel, and their God not only wants them to rule the country, but the world.

And within this group of conservative Christian fundamentalists, who are for the most part peaceful – just like most conservative Muslims – there is a smaller group who absolutely qualify as violent extremists. We saw one member of this subset attack a Planned Parenthood clinic in Colorado Springs recently, while another killed nine people in a black church in Charlottesville, North Carolina, a few months ago.

I’ve always believed that the genius of the founding fathers of the United States was that rather than having one official religion, they made all religions “official.” Conservative Christians fundamentalists hate this. They argue, despite all the proofs of history, that America is a solely Christian nation. They are doing their best to make it that way, regardless of anything in the U.S. Constitution.

Which brings us to the Dominionists.

“Dominion Theology is a theocratic ideology that seeks to implement a nation governed by conservative Christians ruling over the rest of society based on their understanding of biblical law,“ according to Wikipedia.

Through a form of this theology known as “Christian Reconstructionism,” many right-wing evangelical leaders have encouraged Christian fundamentalists to become more involved politically, in particular with the Republican Party. (It’s important to note that not all Dominionists follow the more hard-core Christian Reconstructionism, but they all share in the belief that conservative Christians should ultimately rule over all secular institutions in the United States.)

Let’s call it what it is: It’s an American form of a Wahhabism, the ultra-conservative sect of Islam followed primarily in Saudi Arabia.

Americans love conspiracy theories but most people don’t take them seriously, particularly ones that involve religion, so it’s hard for journalists and others who cover this particular element of conservative Christian fundamentalism to get any traction in the mainstream media. Among major new outlets there is a paralyzing fear of saying anything negative about religion. Let me rephrase that: saying anything negative about Christianity. The fear is of an avalanche of protests, negative emails and calls for sponsors to withdraw their support. Prominent members of the Republican Party who are Dominionists, like Ted Cruz, rely on this self-censorship among media to push their conservative religious agenda.

Investigative journalist Chris Hedges, who has written at length about this movement, described part of its ideology in this quote:

“The cult of masculinity, as in all fascist movements, pervades the ideology of the Christian right. The movement uses religion to sanctify military and heroic ‘’virtues,” glorify blind obedience and order over reason and conscience, and pander to the euphoria of collective emotions. Feminism and homosexuality, believers are told, have rendered the American male physically and spiritually impotent. Jesus, for the Christian right, is a man of action, casting out demons, battling the Antichrist, attacking hypocrites and ultimately slaying nonbelievers.”

This is dangerous stuff. And there are people, including some important people, in the American political and media elites who want to make it happen.

The American experience with religion has been in many ways a tremendously positive thing for the country. But it’s an experience that needs to be constantly questioned, especially in light of the rise of far-right Christian religious groups who threaten both the culture and the politics of America. The vast majority of Americans are never going to “lose their religion,” but they need to open their eyes to the way some people use it to poison their country.

The rise of the American religious right in the Republican Party, Theocracy Watch:  http://theocracywatch.org/

The Radical Christian Right and the War on Government, OpEd News: http://www.opednews.com/articles/The-Radical-Christian-Righ-by-Chris-Hedges-Christian-Right_Government-Bullying_Government-Corruption_Right-Wing-Extremists-131007-879.html

Christian Dominionists in the US Congress today, Patheos: http://www.patheos.com/blogs/rockbeyondbelief/2013/10/06/christian-dominionists-in-the-us-congress-today-or-a-book-review-of-christian-nation-by-fredric-c-rich/