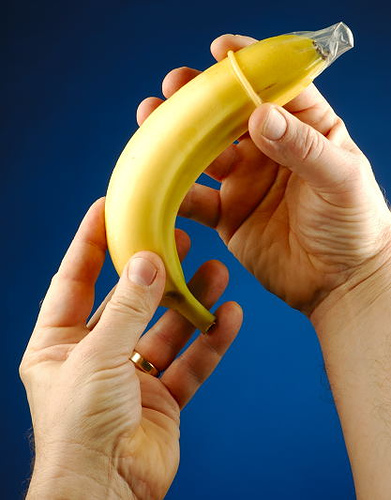 I’ll never forget how I learned about sex.

It was in the library of my middle school in Dartmouth, Nova Scotia, Canada. Worse, I learned about it from my younger brother. He told me how sex “worked.” I told him he was crazy. So he said, “Come with me,” and we went into the school library, where and he showed me the Encyclopedia Britannica entry for sex. I was flabbergasted.

Apparently, at some point in time my father was supposed to take me for a walk and have “the talk,” my mother told me in her later years. I have no memory of any such talk. Perhaps we discussed baseball instead, which may explain my unnatural attraction to the Boston Red Sox.

I was raised a Catholic, and one thing many Catholics do not do is talk about sex. (I will ignore the inclination to delve into a discussion of pedophile priests here.) For that matter, not many people raised in religious households talk about sex. The only good thing about this is that it has produced countless great novels written by sexually repressed or confused writers who use the pen to try to work out their feelings.

What I propose may result in fewer great novels, but it may also mean a lot fewer sexually confused or repressed people.

It’s time that America, and all other jurisdictions, start to teach age-appropriate sex education to children as young as four or five, starting in kindergarten. No, let me rephrase that – sexuality education, because as one teacher in the Netherlands says, the goal is bigger than just “sex education.”

There’s a lot of great science and statistics to back up the benefits of this suggestion. In countries like the Netherlands or Switzerland, where comprehensive sexuality education begins in kindergarten, the teenage pregnancy, birth and abortion rates are the lowest in the world: about six per 1,000 women. Not only that, in these countries teenagers wait longer to have their first sexual experience than do teenagers in countries like the United States.

In kindergarten, during a week-long program called “Spring Fever,” teachers talk to their students about “appropriate touching, intimacy and body awareness,” according to a PBS documentary on the curriculum in the Netherlands. Eight-year-olds learn about anatomy and gender stereotypes. Eleven-year-olds discuss sexual orientation and contraceptive options. The idea that anchors these lessons? Open and honest conversations about love and relationships. And here’s the best part: students are encouraged to ask ANY question they might have.

“People often think we are starting right away to talk about sexual intercourse [with kindergartners],” Ineke van der Vlugt, an expert on youth sexual development told PBS. “Sexuality is so much more than that. It’s also about self image, developing your own identity, gender roles, and it’s about learning to express yourself, your wishes and your boundaries.”

Meanwhile in the United States, where any kind of sexual education is haunted by religious overtones, the teen pregnancy rate is the highest in the developed world, roughly 30 for every 1,000 women. (Americans tend to only preach how to prevent pregnancies in the states that even have sexual education programs, let alone the myriad of complex issues the Dutch talk about.) Now that has declined slightly in the past few years, but so has the entire teen pregnancy rate around the world. In America, we’re number one!

The comparison between countries like the Netherlands and Switzerland and the United States shows the fallacy of the idea that talking about sexuality with young people means they will become promiscuous at an early age. In fact, the evidence points to the exact opposite conclusion.

Now I realize that when you’re talking about religion, facts and evidence really don’t matter all that much, because you’re talking a particular lifestyle that parents want to pass on to their children. But here’s my question for all those religious parents out there: If helping children understand their bodies, their relationships with others, their sexual boundaries, or the complex feelings that come with being a teenager means that they are less likely to have sex and if they do far less likely to get pregnant, isn’t this religiously appropriate?

Because the statistics show, whether you like it or not, American teenagers are having sex as early as 10 years old, despite all of our “Silver Ring Thing” ceremonies, abstinence-only education, and diatribes by the various denominations of clergy against comprehensive sexuality education.

It would seem to me that if you believed in a divine creator, part of that divine creator’s plan for humanity would be giving children the great gift of understanding their bodies so they don’t end up confused and repressed. Surely you cannot believe this is how any such divine creator would want his or her creations to live their lives?

I know this won’t happen right away, but some American cities like Chicago are taking small steps in this direction. I have no doubt that if they stay true to the program is practiced in the Netherlands they will begin to see the benefits for their students of teaching sexuality at an early age.

The case for starting sex education in kindergarten, PBS: http://www.pbs.org/newshour/updates/spring-fever/