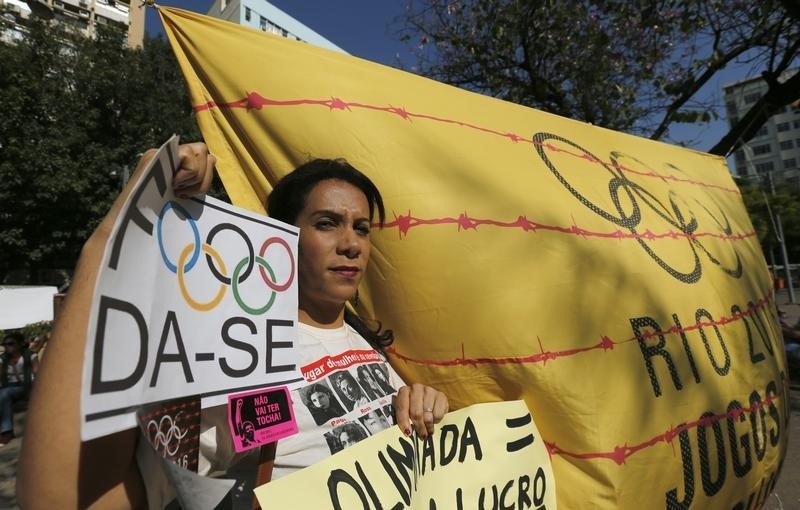 A woman attends a demonstration against the Olympic Games near the Maracana stadium ahead of the opening ceremony for the Rio 2016 Olympic Games in Rio de Janeiro, August 5, 2016. REUTERS/Sergio Moraes

There comes a time in life when all good things must come to an end. This is certainly true of the “modern” Olympics with one small change – the Olympics are no longer a good thing.

It is understandable why people appreciate the efforts of ‘clean’ athletes, who probably do comprise the vast majority winter and summer Olympic competitors. Young people devote many years of their lives to perfecting an athletic skill, often in areas where no real financial award or lucrative commercial contract await them after the games are over. When was the last time you saw an archer or a badminton player or a canoeist with a sponsorship deal that put them on a box of cereal?

On occasion the Olympics have also provided important historical moments with global implications, such as Jesse Owens’ surgical dismantling of the myth of Aryan superiority at the 1936 Games in Berlin. The addition of a Palestinian team, since the 1996 Olympics in Atlanta, provides recognition for a people often denied it. 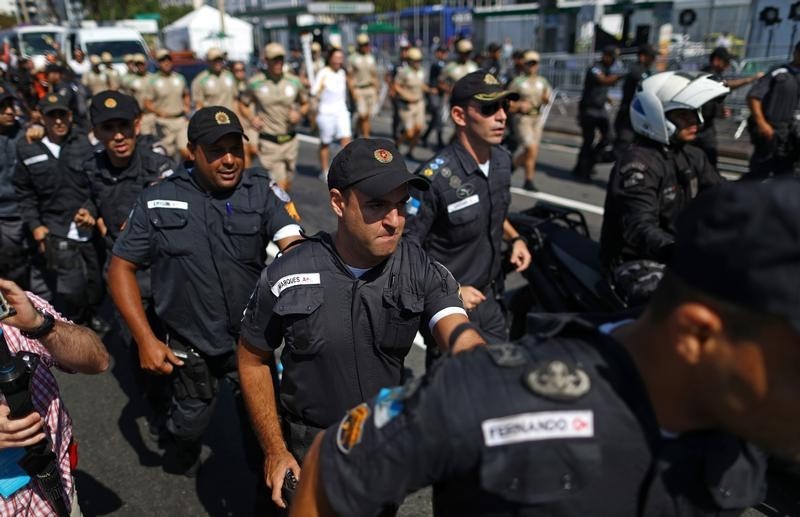 These pluses, however, are far outweighed by a tsunami of negatives. In addition to the bribery, cheating and nationalistic skull-duggery mentioned above, there is the cost that too often leave host cities – indeed, host countries – buried under a staggering debt that takes many years to pay off. The 1992 winter games almost bankrupted France. It took Montreal 30 years to completely pay off its 1976 summer games; by that time the original $110 million US cost, with the combination of capital and interest, had become $3 billion. A study done by Oxford University found that between 1962 and 2012, host cities experienced, on average, a 179% cost overrun in the run-up to the games.

The games that opened Friday in Rio are a further example of how the Olympics can destroy a nation’s finances. Multiple venues in Rio are under-prepared, cost-overruns are rampant, security is iffy at best, and the games are even associated with the impeachment of former president Dilma Rousseff.

The reason why these ridiculous displays must stop, however, is because the original mission of the Olympics’ has become so perverted that it barely can be recognized. Instead of a celebration of athletics, today’s games  primarily exist for the Olympic Organizing Committee to make obscene amounts of cash (which often include bribes from countries stupid enough to want to try and host the Olympics) and for nations or ideologies to prove that they are superior to all others.

The Communists were particularly adept at cheating in order to prove they had the superior system, and their political descendants in Russia have continued their efforts. Many years ago, I interviewed Nancy Garapick, the Canadian swimmer who was one of the few ‘sure bets’ that Canada had for any gold medal in the 1976 games. (They didn’t win any in the end.) She told me of the night of the finals for the backstroke, when East German swimmers stood in front of her and flexed, aided (as we now know) by years of taking PEDs.

“It totally unnerved me,” she told me. “I knew I didn’t stand a chance against these women.”

She took home the bronze.

Another case in point. The idea behind the Olympic Village was for athletes around the world to make life long connections with other young athletes. As the Olympics have featured more and more professionals, the Olympic village is increasingly where the poor “amateurs” go, while highly paid professional athletes stay in luxury accommodations, like the yacht used by this year’s US Olympic basketball team.

Then there is the increasingly complicated question of security. I am old enough to remember watching what happened at Munich in 1972, with the attack by terrorists on members of the Israeli team. There was the 1996 bombing in Atlanta by Eric Rudolph, an anti-abortion, anti-gay terrorist. These days the Olympics are a target for organizations like the Islamic State, al-Qaeda or Rudolph’s Army of God, meaning security reaches such a level that civil rights are regularly ignored and the cost continually escalates.

For all its pomp and ceremony, for all the good moments it regularly provides, this event has run its course.

Instead of celebrating great athletic moments, we will spend the Rio games wondering how many Russians competitors really are ‘clean,’ how many swimmers and sailors will end up with serious diseases after competing in the filthy waters surrounding Rio, which cyclist cheated this time, how many finalists in the 100-meter final are on PEDS, and what kind of under-the-table incentives were paid to Olympic officials to let then hold these games here in the first place.

The Olympic Games have become a joke. Which is just one more reason why it’s time to just stop holding them. Anywhere.