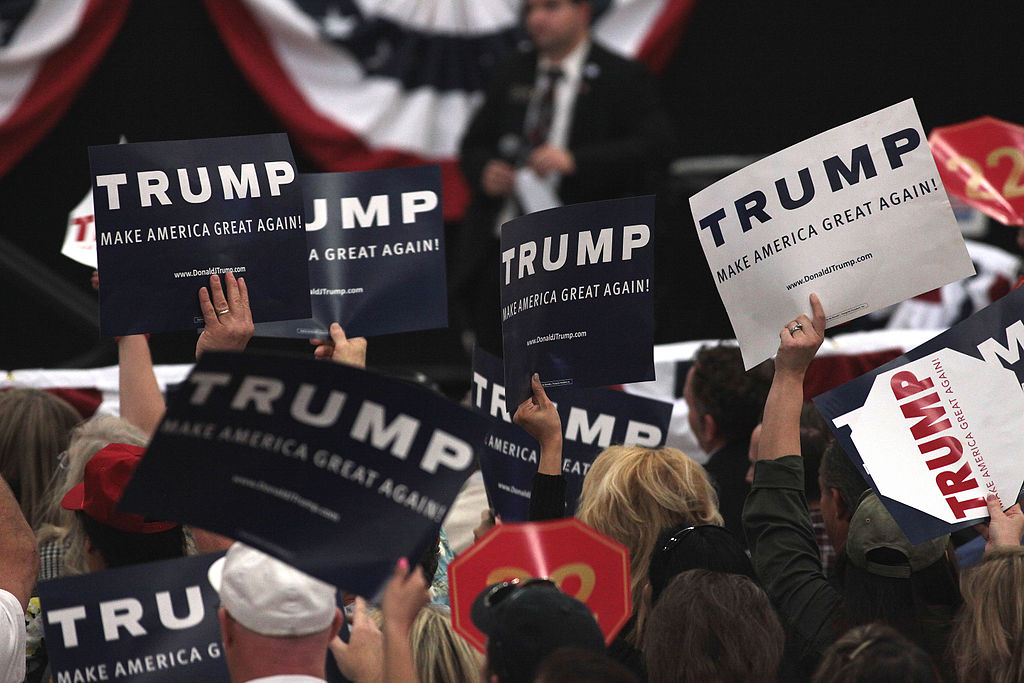 If you have spent any time recently  watching a cable news channel or read a newspaper or visited a news site on the Internet, it’s been impossible to miss remarks by Donald Trump about an American judge of Hispanic heritage. The judge, Gonzalo Curiel, is overseeing the lawsuit against Trump University by its many disgruntled former students. Judge Curiel angered Trump when he decided to unseal some documents.

Trump’s racist response to this ruling is a little puzzling, considering what legal observers are saying about the case, and that the judge has been more than fair to Trump and his attorneys during these early stages.

It’s not Trump, however, who sends a chill with these remarks. We’ve come to expect them from him, about any variety of minorities or genders. He is a racist, bigoted, misogynist individual and he will not be elected president of the United States.

No, it’s his followers that defended him so ferociously on those cable news channels this week, and the many other millions of followers across the country who attack his “enemies” on his command, that give one pause, particularly when one considers what they will do after their “Messiah” loses in the fall.

The cable TV surrogates repeatedly engaged in verbal acrobatics about his racist remarks that would’ve left members of Cirque du Soleil wondering just how they pulled that off. Jeffrey Lord, who turns up on CNN every time they seem to need an idiot statement from a Trump supporter, gave perhaps the most amazing response, when he said that Trump was using racism to expose racism. It was somewhat amusing to watch the frustrated, if not agitated, look on the faces of political veterans such as David Axelrod or David Gergen as they tried to give the Trump surrogates legitimate advice about their candidate’s need to “act professionally,” only to be drowned in a response of “Alice through the looking glass” logic.

To some degree, you could expect this from Trump’s minions on cable news channels. After all, he had given them specific instructions not to back off on criticizing the judge, or to deny his racist remarks. But can the same be said about the millions of people who voted for him in the Republican presidential primaries and caucuses?

Some of those voters have legitimate grievances against what they see as a government in Washington that left them behind (they are the Republican counterpart of Bernie Sanders’ many followers in the Democratic presidential primary). Trump, who is by no definition an ordinary politician, for once offers them a new path, and so they are willing to support him regardless of his racist comments or nonsensical policies.

But hidden in this desire for a change in Washington is a fear, particularly among white voters (which seems to be the only kind that Trump really has), a fear of a “new” America. A more diverse America where jobs and opportunities will be more spread out among minorities and women (the presidential race itself illustrates this). In some ways it is a fear as old as America itself, one that has always manifested itself with each new wave of immigrants, be they Germans, Irish, Polish or Chinese. Not to mention the decline in Christianity, as growing numbers of Americans, particularly young ones, follow different religions or even none at all. Sadly, a majority of white voters, particularly male ones, are terrified by this new America.

Meanwhile, a not-always-quiet racism about having a black president has simmered for the past eight years within these groups, which no doubt plays a huge role in the response to Trump, who was in many ways the original Birther.

You can see this fear more nakedly exposed in the overwhelming support shown for Trump among white supremacist groups in the United States. The leaders of some of these groups have been quite blunt in their comments about why they support him; they believe he will lead the white race back to supremacy in the United States. And to his everlasting shame, Trump has done little to denounce these comments or the support of these racist groups.

But as noted above, in roughly five months Hillary Clinton will be the new president of the United States as things now look. Donald Trump will return to the celebrity culture that he sprang from, and try to make us forget about his racist rantings as he uses his presidential campaign to boost his brand and increase his income.

But what of his followers? What happens after Trump loses because he has had virtually no support from the Hispanic or black or Asian communities in the United States? What happens after he loses American women by over 20 percentage points? It’s not hard to see that these fearful, bigoted white Americans will not go quietly into that good night.

Stirred on by racist elements so prevalent in the conservative media and within the Republican party, we face a future of more violent conflict, particularly in Western America but also in the South. It may be that ISIS and Al Qaeda are not the foes that Americans need to fear the most, but armed groups of right-wing fundamentalist conservatives who decide to take the law into their own hands, as we saw with the Bundy fiasco in Oregon.

Things may be coming to a head. Since the Civil War 150 years ago, America has been in this place before and, while there has been bloodshed, the public has generally walked away from greater violence. But the divisions are so wide, and so raw, and so festering, it is going to require an extraordinary amount of attention in order to prevent the situation from boiling over into violence.