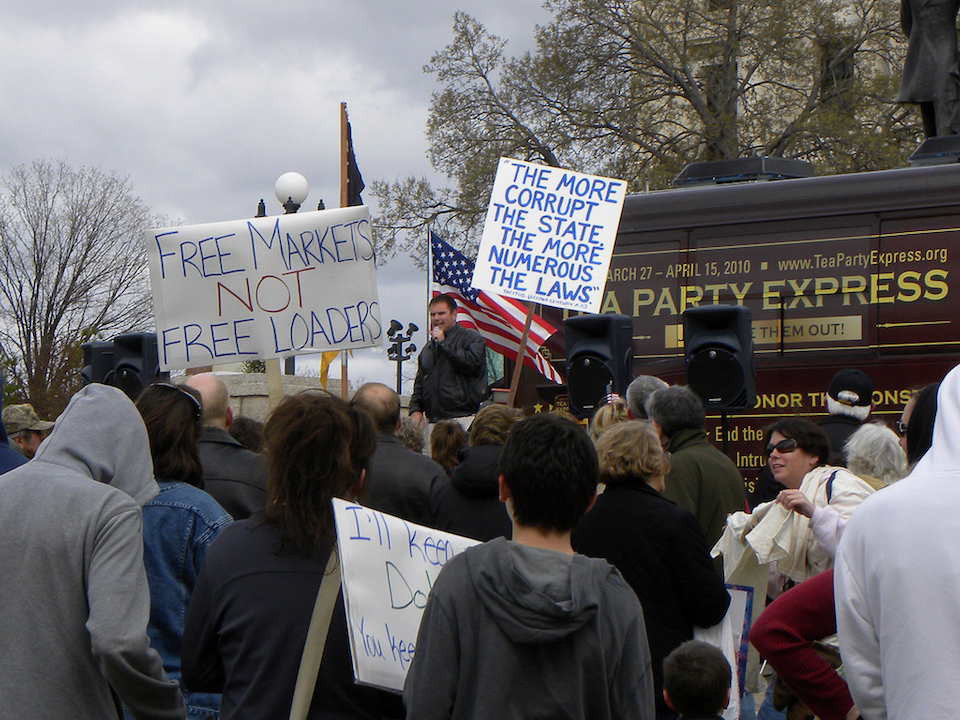 A mad scientist creates a monster that he thinks he can control. The monster grows more and more powerful until it reaches a point where it no longer obeys the master, and in the end destroys him. The monster then goes on a campaign of pillage and destruction before it is destroyed by the villagers.

The mad scientist is in this case the Republican Party. While you might think the monster is Donald Trump, he is only the end result of the process that led to the monster’s creation. It is a process built on unchecked racism, bloated lies, deliberate attempts to create myths that smear its opponents, and a complete abandonment of the GOP’s obligation to be a constructive force in the American political biosphere.

The process that led to the creation of the Trump monster began on the day of Obama’s inauguration, January 20, 2009. The story has grown of how on that night a group of senior Republicans gathered at a private dinner to discuss how to submarine Obama’s presidency in any way that they could, and to prevent him from achieving any goal which he had set out in his election campaign. The decision made that night was not just to be, as they say in the British Parliament “the loyal opposition”, but a destructive and malignant force that would use any means at its disposal to achieve its desired outcome.

Almost as soon as Obama took the oath of office we began to see the outlines of this process. It wasn’t even so much that the Republicans attempted to frustrate his policies in Congress, but they allowed racist and bigoted elements within the party to spread malicious rumours about Obama, rumours that questioned the very legitimacy of his presidency. And rather than strike down these rumours, which they knew to be false –such as the whole birther controversy championed by none other than Donald Trump –they used weasel words and half-truths to create plausible deniability for themselves, rather than upset the growing hordes of rabid right-wingers in their party, or the acidic talk show hosts who ranted against Obama night and day in streams of bile and lies that often left one staggered and astonished.

It was when the tea party appeared that the GOP began to lose control of the monster that led to the creation of Trump. The tea party became the perfect way for the GOP to focus the racist and bigoted anger and hatred felt by many whites, particularly white men, about the advancement of women, the growing acceptance of minorities in American society, a movement away from a kind of Christianity that had quietly supported the notion of white supremacy, and the dwindling impact that middle and lower class whites felt that they had within American society.

Rather than speak out against the racist and often violent actions undertaken by this group, the GOP leadership remained silent. Even after Obama was elected president again in 2012, and the GOP swore that it would do more to increase its outreach to women and minorities, it did nothing but allow itself to be increasingly swallowed up by the hatred and anger of the monster it had created.

It is no surprise that the final form  this monster should take is Donald Trump. And that despite all the efforts of the Republican establishment, “the master,” the monster could no longer be controlled. In fact, it no longer even listened to the master – it reveled in its rebellion against all the things that the establishment GOP stood for and had championed for decades. And so Donald Trump became a Golem into which this seething group could pour its emotions and frustrations and hatreds. And Trump gave back to them what they wanted to hear in spades.

And now we are at the point where, as South Carolina Sen. Lindsey Graham said this week, the Republican Party has gone “bat shit crazy.” The master no longer controls the monster which is in the process of destroying everything that the master cared about. And soon Trump will move off and seek to pillage and destroy much of the countryside in a general election campaign.

And that is where we, the villagers, come in. I think it’s fair to say that people are feeling blindsided by the success of Donald Trump. The people who run the political parties in America had assumed there was kind of an underlying sanity to the process, that would allow demagogues like Donald Trump to momentarily rise to the surface but then be swatted aside by the better angels of our nature. Instead it’s the Donald who has done the swatting.

So now is the time when we catch our breath and realize that we have underestimated our opponent, and that the defeating this monster is going to require the best efforts of all of those of us who believe in an America that is inclusive, multicultural, and open-minded.

It is not going to be easy. The forces aligned against us are impressive. There is an entire cable TV channel dedicated to the promotion of this monster, and many, many wealthy men who will not think twice about spending as much money as they can in order to help the monster win the general election.

But Trump is full of egotism and pride and weaknesses that are only just beginning to be exploited. This will require much work, a lot more than we thought was necessary. But it can be done.

The so-called greatest generation defeated fascism in Europe. Now It’s our time to defeat it in America.