As religions grow, so will world’s problems 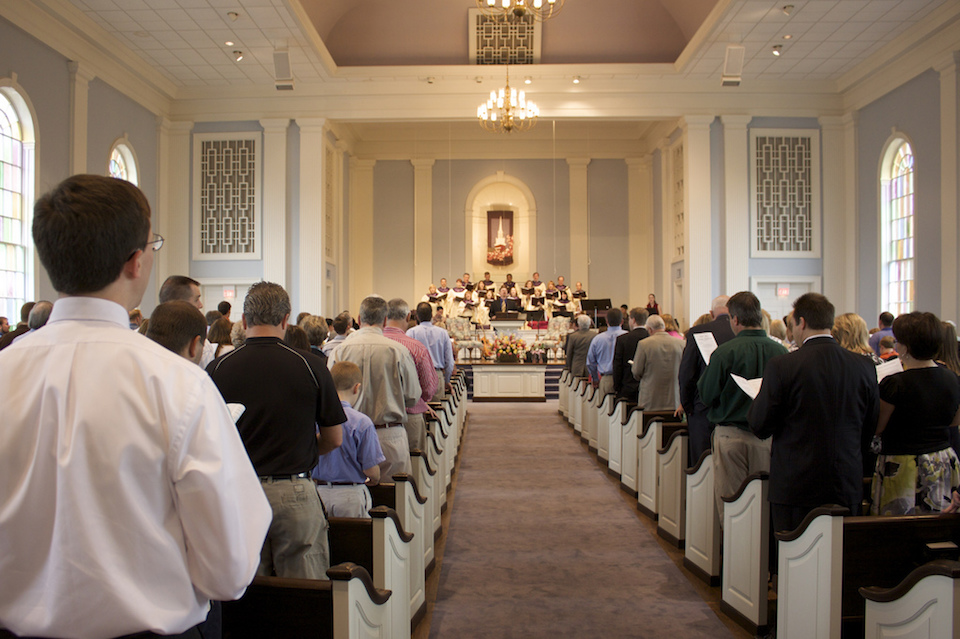 Many years ago, a friend liked to preach to me the ‘gospel’ of demographics.

“History,” he would say to me, “is really all about the movement of people, and what causes them to move.”

War, natural disasters, famine, technological innovation, fertility rates and poverty play a far greater role in the shape of the world than any kind of immigration or economic policy ever could.

I thought about my friend this week as I read the recent report on future religious trends published by the Pew-Templeton Global Religious Futures project, “The Future of World Religions: Population Growth Projections, 2010-2050.” It’s an amazing look at the future of the world’s religious and non-religious alike. (You can find a link to it below.)

And I have to tell you I’m a bit worried about what I read.

I’m an atheist, so on one hand, how religion fares in the future really doesn’t matter all that much to me. But on the other hand, I’ve long argued that atheists need to understand that religion isn’t going away any time soon and that we need to find a way to work with religiously opened minded people to make the world a better place.

I have no grudge against any particular religion. They’re all patriarchal baloney if you ask me. But religions have a lot of grudges against each other. Grudges that are often manipulated by unscrupulous religious and political leaders, who are interested in accumulating power and wealth, and see using religion as a cudgel as the way to achieve those goals.

And unless the world’s religious learn to get along a little better – which is not so much the case at the current moment – it’s only going to be worse 35 years from now.

So let me quickly review a few of the more important results from the study.

By 2050, if current trends continue, Christianity will remain the world’s largest religion, but not by much. Islam will be a close second, only a few percentage points behind. In fact all the world’s religions will grow, but some not as fast as others (fertility rates). For instance in 2050, although the number of Jews in the world will increase, their rate of growth is much slower that Muslims. The result is that by 2050, there will be more Muslims in the US than Jews – both small numbers (2.1% of the US population for Muslims and 1.4% for Jews), but important communities.

Think about how that might change many aspects of US foreign policy. Politicians pay attentions to votes. And Muslims vote in large numbers.

In Europe, Muslims will make up about 10% of the population in 2050, nowhere near a majority but certainly with a stronger political voice than they have now. And in India, while Hindus will grow at an increased rate, so will the Muslims population, leading to India having the largest Muslim population in the world, surpassing Indonesia, and dwarfing nearby Pakistan, a Muslim nation.

Now, as far as I’m concerned, the growth of the Muslim population is not an issue. It’s just plain arithmetic. Muslims have the highest fertility rate 3.1 – well above replacement level of 2.1. Christians are 2.7, Hindus 2.4. If current trends continue, as they say, by 2070 there will be more Muslims in the world than any other religion. Islam also has the largest number of young people in its group.

Most of this growth, for both Muslims and Christians, will happen in sub-Saharan Africa.

It’s not hard, however, to look at the world today and see the potential for problems. The friction between all three of the major religions, Christian, Muslim and Hindu is obvious, not to mention the frictions between the sub-groups of each faith. The need to find an ecumenical outlook will only grow with each passing year.

Which brings me to people like me – atheists, agnostics and the religiously ‘unaffiliated’. Although the number of people in this group will grow, overall it will represent a small percentage of the overall puzzle, dropping from 16% to 13%.

But this group will actually grow dramatically in several important places, most particularly the United States and Europe. By 2050, the unaffiliated will be over 26% of the US population. Most of this growth will come from Christians who will leave their faith behind them – as I did. Tired of the misogyny, bigotry, homophobia and racism of so much of Christianity in the US today, millions will ‘switch out,’ as the report says.

Think of how this will affect US politics. No politicians can afford to neglect a quarter of the population, and this group votes A LOT, and usually Democratic. In the last election, the ‘unaffiliated’ voted 70% for Obama – and that was actually a drop of 5% from 2008. Also, this group represented 9% of those who voted in 2000, and that was up to 12% by 2012. By 2050, it will be much higher.

When you connect his group with the growing population of Hispanics in the US, which votes heavily Democratic, the GOP has a real reason to be worried about its electoral chances in the future – considering its utter failure to reach out to the unaffiliated and minorities and instead cling to its declining base of, well, mostly old white male religious conservatives.

But there are other reasons I worry about the growth of religion.

Religions are anti-women in their dogma and practices. (Seen a woman cardinal lately?) Islam, Christianity, Hinduism, Judaism, all have Orthodox/fundamentalist communities that are severely misogynistic. (I think of the Orthodox Jewish newspapers that will not print pictures of women. What will they do if Hillary Clinton is elected president? I long to see.)

And if you combine the tensions that often exist between religions in regions with limited resources, with the threat of something like climate change, it’s a dangerous mix.

Think of the tensions that exist between Muslims and Christians in Nigeria or Hindus, Muslims and Sikhs in India. Resources are scare as they are. Combine much larger populations with even more limited resources and it’s like waiting to light a fuse on a keg of dynamite. In fact, the US military has already named climate change as one of the main security concerns of the 21st century. It’s very easy to see religion as the spark that ignites that fuse.

There is a famous painting by the late Canadian artist Alex Colville that shows a horse running along a railroad track headlong towards an oncoming train. The train isn’t stopping. And neither, it seems, is the horse.

How the faithful voted in 2012

How the Faithful Voted: 2012 Preliminary Analysis

Clarification: This column was updated Aug. 22 to include references and expand several points.