America’s Obamacare is here to stay 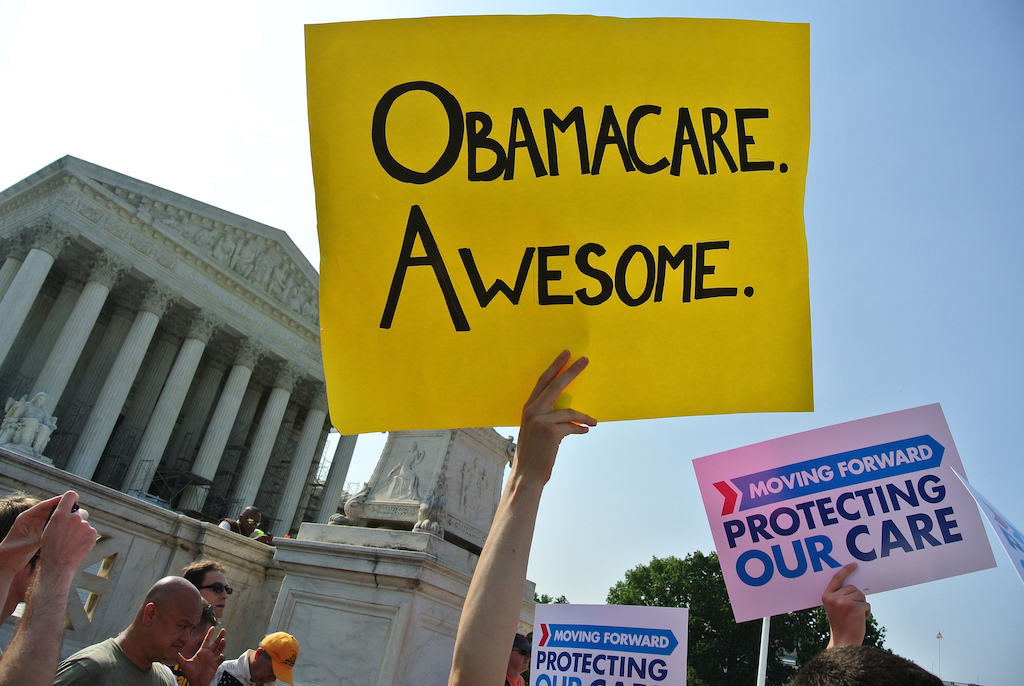 America’s Obamacare is here to stay. The Canadian experience shows why. — Tom Regan

Back in the early- to mid-60s, my dad was a press secretary/information officer for then-Canadian Prime Minister Lester Pearson. During those years, he was intensely involved in two major political issues: the search for a new Canadian flag, and the adoption of universal health care.

I won’t bore you with the details, but the fight for universal health care in Canada was every bit as noisy, brutal and political as is the current battle in the United States over Obamacare. For instance, one group Pearson and his party had to face, which Obama never had to deal with, were the doctors. They were adamantly opposed to universal health care.   In the end, after a long battle, universal health care became a reality in Canada, and for one main reason, I believe, and which I heard my dad say time and again: once people get it, they won’t want to give it up.

That is exactly the reason that, after this week’s strongly worded 6-3 decision by the US Supreme Court in favor of the subsidies offered by Obamacare, the Patient Protection and Affordable Care Act (its official name) is here is to stay, regardless of all the sturm und drang that can be expected from GOP presidential candidates and conservatives.

The subsides are the key. While these subsidies cost the government billions, they also result in billions more in savings in long term health care costs. The success of this aspect of the ACA is already beginning to show.

You can see it in the polls. While the ACA remains supposedly unpopular with the American public, with support hovering only in the upper 30s, when the same group of people are asked about the subsidies, a resounding 59% of them want them to stay in place. There are two reasons for this: one, the number of people opposed to Obamacare includes a number who don’t think the ACA went far enough and want a more Canadian-like system. And second, as my dad noted, once they get it, they won’t want to give it up.

This notion of not wanting to give it up actually has a strong basis in psychology. The great Nobel Prize-winning psychologist/economist Daniel Kahnemann writes about it at length in his great book, “Thinking, Fast and Slow.”

It works this way. Suppose you give someone a door prize at a party, say a new iPhone. At the end of the party, as the lucky winner is leaving, you make this offer to her: you’ll give her $300 for the phone, which is about $50 more than its worth. In most cases, when offered this kind of transaction, people won’t make the trade, because they hate the idea of losing something they already have. It’s known as loss aversion, and studies by Kahneman and his partner, the late Amos Tversky, suggest that losses are about twice as powerful psychologically as are gains.

And here’s why that’s a problem for conservatives who still want to replace Obamacare with their own plan. First, they’ll politically never be able to take away the subsidies completely, because voters would be furious. But loss aversion research shows that even if the GOP came up with a similar plan that offer similar benefits, people are not likely to go for it because they hate giving up what they already have.

With the Supreme Court upholding the ACA, that gives at least another year and a half for people to sign up for government-subsidized health care, and if any branch of the government is in Democratic hands after 2016, that means at least two more years after that.

While there are other law suits trying to make their way through the legal system, they are too late now. If the conservatives had won this week, they would still have had a difficult time, but it would have been possible to undo the ACA. Now, it’s impossible.

Like my dad said, once they get it, they won’t want to give it up. Obamacare is here to stay. Conservatives will just have to read it and weep.

History Museum’s history of health care in Canada provides a great outline of the battles: http://www.historymuseum.ca/cmc/exhibitions/hist/medicare/medic01e.shtml