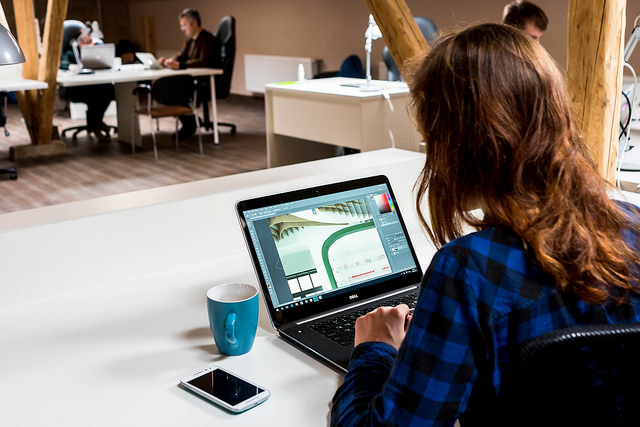 “Every would-be populist in American politics purports to defend the ‘middle class,'” wrote Barbara Ehrenreich and John Ehrenreich recently, “although there is no agreement on what it is.”

Back in 1977 the pair (then married) proposed that the American economy had created a new “professional and managerial class” (PMC) that expanded the upper-middle class from its base of successful bourgeois merchants to include doctors, lawyers, accountants, journalists, professors, social workers and other professionals, as well as middle and executive managers at major corporations.  PMC members’ success showed that anybody could achieve wealth through education.

That’s when the “capitalist class” started pushing back, cutting business workforces and pouring resources into union busting. As capitalists cut the workforce, they also cut the management class, the PMC.

What’s more, capitalists reached across borders and moved their businesses to cheaper labour pools in other countries, which also had weaker labour and environmental protections. That, along with the Internet,  brought near-total collapse of the PMC as well as the blue-collar job markets.

Ah, but in the 1980s and 90s, economists forecast a coming “Information Economy,” where knowledge itself would generate revenue. Just as industrialization’s much more efficient tools supplanted the cottage industries, they promised, so too would digitization produce useful goods.

Maybe all that will happen in a generation or two. To date, mostly what we’re doing is eating our own young.

Industry after industry has fallen to technical disruption. On February 7 in Canada, Dominic Blanc, who chairs Justin Trudeau’s economic advisory council, told a university conference that automation will take 40 percent of existing jobs within the next decade.

An Investopedia article names 20 industries “threatened” by technical changes, (I’ve added a few too)  such as:

Hold on, because that’s just the beginning of the list. The Paris Agreement calls on fossil fuel industries to restrict current activities, let alone explore for more resources.  Banks and financial industries already compete with online services. On the horizon is “blockchain” software that promises security for anonymous financial dealings, such as Bitcoin. Meanwhile, a whole generation of computer experts is becoming obsolete as smartphones and tablets replace desktops and laptops.

Consumer spending drives 70 per cent of the economy, yet retail stores are folding in the face of Walmarts and online catalogues. Supermarkets may be next, as more people can order online from local warehouses that send out vans for local delivery. Amazon has said it will add groceries to its online products, with drone delivery within 30 minutes in urban areas.

So where are the new industries, the new jobs? Gigs like Uber and AirBnB seem almost regressive, stepping back from health and safety standards, and paying the worker even less than the industry does. Amazon’s monitored warehouse workers might well envy the bored department store clerk.

Sometimes it seems like there isn’t enough work to go around. Scratch that: the world is full of essential tasks that need to be done. What we lack are ways to pay people to do them. There certainly aren’t enough paid jobs.

On the other hand, maybe capitalism has just reached the earthly limits of constant growth. Maybe this is the tipping point forteold by 1950s futurists, when robots take over dirty and dangerous jobs, computers handle personal and corporate transactions, and people like you and me receive Basic Annual Incomes (plus housing if we need it) to keep the retail economy going.

We live in a time of paradoxes. Sixty-three million refugees are on the move globally, fleeing war and famine — famine in four countries simultaneously. At the same time, U.S. corporations are sitting on $1.9 trillion in their bank accounts, not invested in any active enterprises at all — despite the tax breaks they get as “job creators.” Everybody is waiting for the next innovation.

Here’s an innovative idea: let’s share! Let’s suppose two ideas about the futurel 1) Whatever you think of capitalism, the global economy is in flux, and will be volatile for quite a while.  2) Humans are much less inclined to ignite conflicts when they have their basic needs met.

We have a choice. We can step in and share necessities. Or we can throw up our hands in horror and let shortages cause tensions that develop into war, which is capitalism’s usual method for re-booting the economy.

Now is the time to kickstart a true sharing economy. The government could start by funding start-up groups dedicated to establishing national and local sustainable housing (and co-housing) programs, universal connectivity, and geothermal greenhouse farming everywhere across Canada.

Maybe an unemployed coal miner can’t become a computer programmer, but almost anybody can learn how to retrofit homes, from insulation to solar panels. Maybe we can use sustainable technology in a way that means that Indigenous people don’t have to pay $12 for a fresh tomato or travel far from home to get a high school education.

The Ehrenreichs say the Professional Managerial Class rose in the 1930s and started to fade early in the 21st century, lasting barely 100 years.  Instead, in recent decades, the educated middle class spiralled down into service jobs as wealth was sucked upwards.

Last January, Oxfam announced that eight individuals controlled as much wealth ($426 billion US) as all of the poorest 3.6 billion people on earth. Such are the wages of unfettered free markets. No wonder Bernie Sanders found that Americans are finally receptive to the phrase, “democratic socialism.”

From F&O’s archives, a Focus on Artificial Intelligence:

The chilling significance of AlphaGo. By Sheldon Fernandez  Magazine

In March, a computer named AlphaGo played the human world champion in a five-game match of Go, the ancient board game often described as the ‘Far East cousin’ of chess. That AlphaGo triumphed provoked curiosity and bemusement in the public — but is seen as hugely significant in the artificial intelligence and computer science communities. Computer engineer Sheldon Fernandez explains why.

A one-armed robot will look after me until I die. By Geoff Watts Magazine

I am persuaded by the rational argument for why machine care in my old age should be acceptable, but find the prospect distasteful – for reasons I cannot, rationally, account for. But that’s humanity in a nutshell: irrational. And who will care for the irrational human when they’re old? Care-O-bot, for one; it probably doesn’t discriminate.

The rise of robots and artificial intelligence are among disruptive labor market changes that the World Economic Forum projects will lead to a net loss of 5.1 million jobs over the next five years. Where will they come from? Why, we can make them ourselves. Or at least some of us can, and do.