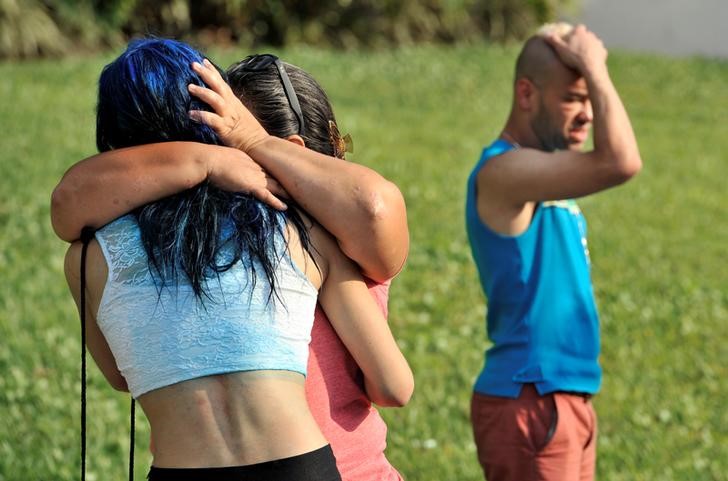 Heightened security will greet a major Denver music festival, from  July 2 – 6. For a week, the U.S. city’s music venues will showcase 6000 singers in 130 groups. Although half a dozen similar festivals take place in Europe, in cities like Milan, Stuttgart and Utrecht, the quadrennial Gay And Lesbian (GALA) Choruses Festival is the largest of its kind in the Americas. And the new security measures reflect the horror of the June 12 mass murder at the Pulse Orlando nightclub, where all the evidence seems to point to a hate crime.

I was at church when I heard the Orlando fatality count. Sunday service was over; coffee served and cleared away. As a congregation, we’d circulated, chatted, signed cards for absent friends. Then as we gathered again in the main hall of the Calgary, Alberta, church, to hear a concert and support our fellow choristers as they prepared for GALA, our music director updated us on the news.

The news! I’d heard just a scrap of information on the radio, on my way out the door. A lone attacker. An AR-15 “assault rifle” that can spray 30 rounds before reloading. Rat-a-tat-tat. A machine gun in a dark noisy gay nightclub, where people didn’t even realize what was happening for the fatal first few minutes.

Jane told us that dozens had been killed. For being gay! I wanted to vomit. And she said, “We have decided that, in light of what happened in Orlando this morning, the only thing we can do is to sing.”

Jane Perry, our music director, believes in singing. She had a SWAT team in Ottawa, before she moved to this Western Canadian city. That’s “Song Will Always Triumph.” Soon after she and her partner, bass player Cora Castle, arrived in Calgary, they founded One Voice Chorus (OVC), an auditioned choir for LGBTQ singers and their straight allies. An auditioned choir perforce means clever singers and nimble, tuned voices. They offer World music, pop songs, torch songs, upbeat music from Lady GaGa to “How Could Anyone Ever Tell You…?” and harmonies ranging from Renaissance to kd lang. Several OVC singers also sing in the nine-woman BarberEllas, who offer barbershop harmonies in as many as six parts.

Both OVC and the BarbarEllas are among the 25 Canadian entries in the GALA Festival, among a truly international gathering of 6500 singers from around the world. The Festival is mainly designed as a chance for people to sing together, not for competition. In fact, the Festival guidelines for participants discourage competitiveness, and emphasize a sense of belonging – something LGBTQ youth especially often have trouble finding as they realize who they are.

Gay choruses stepped forward quickly when the statistics on gay youth suicides emerged. They recorded videos and podcasts promising, “It gets better.” And since Matthew Shepard’s tragic death in 1998, things did seem to get better for LGBTQ folks — in Canada anyway — with real strides towards marriage and workplace equality.

The GALA Festival has taken over Denver before, in 2012, without Pulse Orlando on everybody’s mind. Yet even in the face of potential threats, GALA Festival organizers seem determined to share their music. Looks like our music director is right: Singing well is the best revenge.

A man armed with an assault rifle killed and injured scores of people at a packed gay nightclub in Orlando, Florida on June 12 in the worst mass shooting in U.S. history, which President Barack Obama described as an act of terror and hate.

Fighting for transgender rights in the U.S. By Reuters  Report/Photo-essay