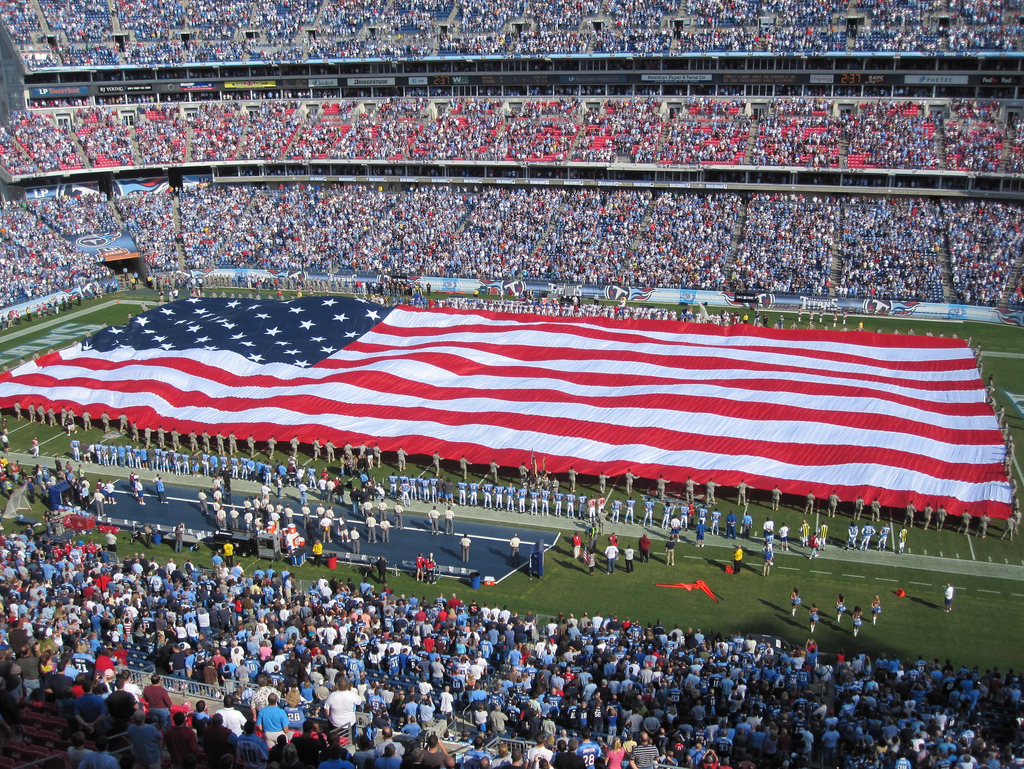 A giant American flag is unfurled for Veterans Day in 2009 in Nashville, Tennessee. Photo by Rex Hammock via Fllickr, Creative Commons

We don’t have much of a tradition of military service in my family, but what we do have is meaningful. One of my uncles fought in the Second World War for Canada and saw some pretty serious action. My father-in-law, an American, was a lifetime aviator, and flew for the US Air Force in World War II, Korea, and Vietnam. So I’ve always considered November 11th an important day to observe.

But when it comes to whether I celebrate Canada’s Remembrance Day, or America’s Veterans Day, I almost always prefer the former over the latter. The reason may be a semantic one but it’s an important one.

In the United States Veterans Day is a big deal. Honoring the service and sacrifice of veterans is very much ingrained in the culture. As with all things Americans, there is an element of the grandiose to it: flyovers at football games, lots of commercials on TV honoring veterans, parades, and an endless stream of pro-military commentary on every cable TV news network.

I’m actually pretty okay with most of this. I think veterans do need to be honored, and their sacrifice does need to be remembered.

But I’ve always felt there’s something missing in Veterans Day. I often find it too celebratory. In my experience there is an air of gravity to the Canadian observation that is missing in the American one. The day marks the end of the first world war: the 11th hour of the 11th day of the 11th month. It was an end to war. My grandparents’ generation thought it was the end to all wars. Sadly they were mistaken. But the original idea behind the day was not only to celebrate the soldiers who had fought and died, but to remember what war is all about so that we may never forget.

Soldiers are not the only ones who make sacrifices either in wartime or during periods of prolonged peace. There are their families who will also make great sacrifices, perhaps of a different nature, but just as meaningful. I think that on November 11th we need to remember them as well.

But even more for me are the invisible victims of war, the millions of civilians who died in the great wars of the century and continue to die to this day. I can’t tell you what the ratio is but I know that many, many more civilians die in wars than soldiers do. In this day and age especially, when technology and battlefield medicine and armament mean that fewer and fewer soldiers are killed in action, the same cannot be said for civilians who do not have the luxury of these benefits. I think it’s very important that we remember their sacrifice as well.

And that’s why I will always observe Remembrance Day because the most important thing that you can do on November 11th ever year is to remember: not only the incredibly heroic men of all nations on D-Day, the soldiers who charged up Vimy Ridge and helped give a nation an identity, the young men and women who stand guard over our national monuments, but also their families who often endured incredible hardships when their loved ones went away to fight and the everyday luxuries they often had to give up in order to continue to support these troops, and just as important, the victims of places like Dresden, Coventry, Auschwitz, Hiroshima, My Lai because their deaths often give us the most meaningful lessons of why war is so horrible and why we must always try so hard to avoid it. 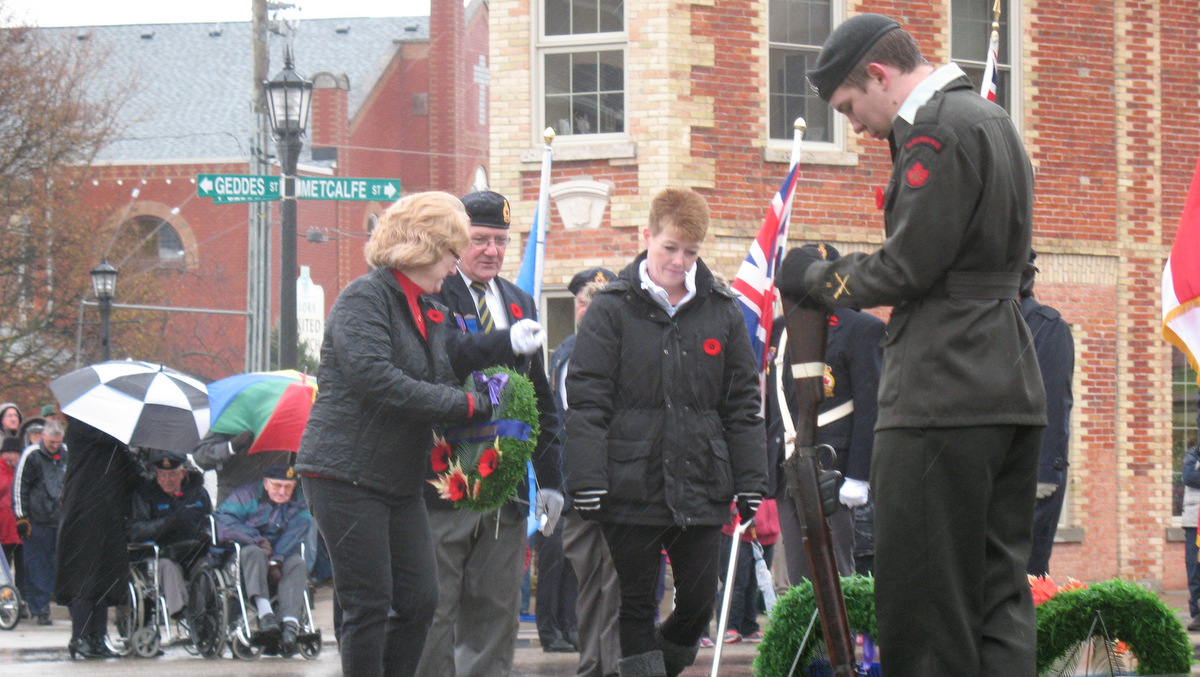