Wake-up: How the 2016 Election Changed One American Voter 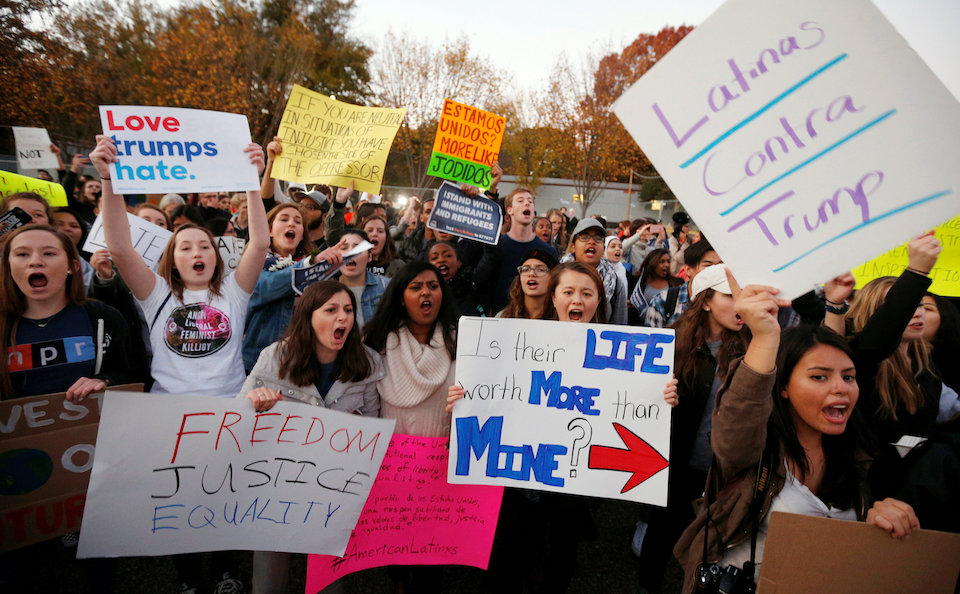 The result of the 2016 US election has galvanized voters, like writer Emily Lacika, to become more active. Above, anti-Trump demonstrators protest in front of the White House following Republican Donald Trump’s election victory, in Washington, U.S. November 10, 2016. REUTERS/Kevin Lamarque

American politics is big on rhetoric. Just look at our Declaration of Independence. It claims all men are created equal. That’s a nice idea, but it often falls short, especially this year. I am one of those “coastal liberals”, the ones who supposedly ooze privilege. That’s not entirely wrong. I am a well-educated, white woman, and my family enjoys a comfortable income thanks to the tech industry. We live in Greater Boston, so my daughter attends an excellent public school. However, because we live in Massachusetts, our votes do not carry the same weight as someone in rural Wisconsin. And, thus, our candidate did not win the election, despite winning the popular vote.

When the US Constitution was written two hundred years ago, the authors created the Electoral College as the final decision maker in presidential elections. Each state is given a number of electors equal to its number of Congressional representatives. Then, in a winner-take-all approach, these electors vote based on how their respective state votes, even if the state’s winner only wins by a few hundred votes. (This is what happened with Florida in the Bush-Gore Election of 2000.) The purpose of Electoral College was to prevent the populace from electing a demagogue to the nation’s highest executive office. The real effect is giving voters in sparsely populated states more voting power than citizens in densely populated states. To put that into numbers, one Electoral College vote in Wyoming is equal to 194,717  voters, while one Electoral College vote in California is equal to 705,454 voters. On December 19th, when the Electoral College gathers, they will nullify over a million votes, because these citizens don’t live in the right place.

The popular vote and the Electoral College vote usually match, but this is the second Electoral College misalignment to occur in sixteen years, with the last in 2000. This time, the experience is so different from 2000. I wasn’t thrilled about the Supreme Court decision that settled the election in Bush’s favor, but I accepted it. I did not attend any protests. I did not make any phone calls. I did laugh at a US map meme forwarded to me by multiple friends: Bush states were grouped together in an entity called “Jesusland;” The Gore states were joined to our great neighbor to the North as “the United States of Canada.”

Now, I’m having a hard time finding anything funny about our current political situation.

My post-election emotions have run the gamut: sadness, anger, anxiety, vindictiveness, shame. For the first time in my life, I feel embarrassed to travel overseas. In the past I did not enjoy being mistaken for a Bush supporter just because of my nationality, but I now shudder at the thought of being associated with the incoming administration. Do Russian nationals get grilled about Putin when they ski the Swiss Alps? Do Chinese tourists get treated to a litany of their government’s human rights abuse when they walk through the Valley of the Kings? I don’t have a symbol to attach to my luggage, like Canadians do with the Maple Leaf, that visibly spells out how I am different from the President-Elect and his cronies.  There is no international marker that denotes how I drove to nearby New Hampshire to knock on doors for the Clinton campaign.

Sixty two million other Americans voted the same way I did, and we have been banding together through social media networks like the ostensibly “secret” Facebook group “Pantsuit Nation.”   … There are efforts to document  the displays of hate — the swastikas, the Confederate flags— that started appearing in public after Trump’s victory. I’m sure many Trump supporters are not outright racists, but those who do feel that way have become more vocal. There are also pictures of the positives, like messages of solidarity written in chalk on the sidewalk in front of mosques.

The most powerful thing to come from these networks has been the collective call to act, on a state and national level: letters, petitions, emails, business boycotts, phone calls, etc. There is strength in numbers. Just ask the House Oversight Committee, whose voicemail box is now filled with requests for a bipartisan review into Trump’s financials and conflicts of interest.

Last week, I called Charlie Baker, the Republican Governor of Massachusetts, three times. The first call was to ask him to issue a formal statement declaring Massachusetts a safe haven,  comparable to the post-election statements made by governors of New York and California. That day, his office received 6000 similar calls. Since that day, his office has been flooded with requests to denounce the appointment of Steve Bannon to a position within the Trump White House, like other prominent politicians in Massachusetts (our Senators, our House delegation, our state Attorney General) have done. Governor Baker has said, “There’s way too much prejudging going on here.”   I’m sorry, Governor, but that response is inadequate. I will keep calling until he makes a statement that is more representative of his state’s views.

For all the petitions I have signed, the grassroots meetings I have attended, the recurring donations I have made to Planned Parenthood and the American Civil Liberties Union (ACLU), I have realized there is much I can do in addition to the political arena. Reliably liberal Massachusetts may have many state regulations that can protect its citizens from the worst of a Trump presidency, but we are not immune to income inequality and other such problems that gave rise to the current state of demagoguery. Last week, I spent a morning packing weekend meals for less fortunate children in our school district, those who receive free lunch at school. This food can’t fix the problems of low wages and lack of middle class jobs, but it’s a step in the right direction, one that, before this election, I was too complacent to take.

As American as Apple Pie? The Rural Vote’s Disproportionate Slice of Power, by Emily Badger, The New York Times, http://www.nytimes.com/2016/11/21/upshot/as-american-as-apple-pie-the-rural-votes-disproportionate-slice-of-power.html

The Reason for the Electoral College, by Joe Miller, FactCheck.org, http://www.factcheck.org/2008/02/the-reason-for-the-electoral-college/

The electoral college badly distorts the vote. And it’s going to get worse., by Katy Collin, the Washington Post, https://www.washingtonpost.com/news/monkey-cage/wp/2016/11/17/the-electoral-college-badly-distorts-the-vote-and-its-going-to-get-worse/

Hate Crimes Are Up — But the Government Isn’t Keeping Good Track of Them, by  A.C. Thompson and Ken Schwencke, ProPublica”: https://www.propublica.org/article/hate-crimes-are-up-but-the-government-isnt-keeping-good-track-of-them?utm_campaign=sprout&utm_medium=social&utm_source=facebook&utm_content=1479239909

Baker’s Office Blitzed By Calls For Mass. To Declare Itself A Safe Haven, by Mike Deehan, WGBH News, http://news.wgbh.org/2016/11/15/politics-government/bakers-office-blitzed-calls-mass-declare-itself-safe-haven 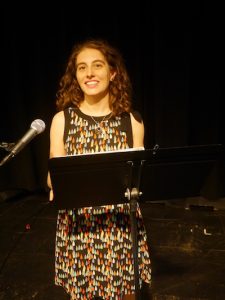 Emily Lacika is a writer living in Somerville, Massachusetts.