The Pluck of the Irish: How a proud native cuts through the kitsch

Here’s what I will not do this St. Patrick’s Day:

I will not call it St. Paddy’s Day or the 17th of Ireland.

I will not wear a green tie or sweater.

I will not drink green beer.

I will not wear a button that says, “Kiss Me, I’m Irish.”

Such outward manifestations of “Irish pride” strike me as just plain silly. The people doing the manifesting have about as much connection with Ireland as I have with heavy lifting. They don’t dress up in dragon-slaying regalia to celebrate St. George’s Day, do they?

Here’s what I will do this St. Patrick’s Day.

I will raise another glass to the poet Seamus Heaney who on Oct. 5, 1995 – the day after my 52nd birthday – gave me another excuse to celebrate when he became the fourth Irish writer in history (the others were Yeats, Shaw and Beckett) to win the Nobel Prize for literature.

I will listen to John O’Conor, the internationally-acclaimed Dublin pianist, play the music of John Field, the early 19th century Irish composer, and I will note once again that Field’s poetic nocturnes were the inspiration for Chopin’s own short compositions in the same style.

I will re-read James Joyce’s Portrait of the Artist as a Young Man, and remember that many of us who become emigrants leave Ireland because we beg to differ, because we fear what Edna O’Brien calls the “psychological choke.”

I left Ireland because I dared to differ. The impetus was the dreaded prospect of spending another 42 years with the Irish civil service.

I had worked there, in the soul-destroying maze of customs and excise administration, since leaving college. The fact the job meant security for life was of no matter to me.

I was 23 years old, and I wanted to see the world.

I arrived in Canada on Remembrance Day, 1966 – it’s hard to forget that date – and settled initially in Vancouver where, I was told, the weather would be the same as in Dublin.

It wasn’t. Vancouver was wetter.

Between mid-November and Christmas, it rained for 40 days and 40 nights.

But that failed to dampen my immigrant spirits. I was in the New Land, and I was having the time of my life.

In Ireland, I had never thought of defining myself in terms of my cultural identity. I was Irish and that was that. There might have been some Danish or Norman in my background, but that didn’t change the essence of who I was.

Once the Danes and the Normans spent a little time in Ireland, they became – as we used to say in history class – more Irish than the Irish themselves.

Not so the Canadians.

They saw themselves as French or German or Ukrainian, depending on where their parents or grandparents came from.

Being Canadian, it seemed, was not sufficient in this country. If a person were one-sixteenth Cree, that had to be mentioned too.

I remember how amused I was at the first Vancouverite who told me proudly that his grandmother was Irish.

“So is mine,” I felt like saying. “And so are my parents, and my brothers and my sister.”

Later, I realized that in a community of communities, knowing which community you belong to is all important.

Because I had just recently arrived from Ireland, my new Canadian friends expected I would want to become part of the Irish community in Vancouver.

Within a week of my arrival, I had been invited to attend an Irish dance contest in North Vancouver, to try out for an Irish theatre group as an actor, to join the venerable Irish Society of Vancouver, and to meet an expatriate Dubliner who was singing Abbey Tavern Singers’ songs at a pancake house in Burnaby.

I passed on the dance competition, skipped the audition, and politely declined membership in the Irish Society.

I didn’t want to hang out with a bunch of homesick immigrants. I wanted to live life as a new Canadian.

But I did form a musical partnership with the expatriate minstrel, Shay Duffin. For the first time in my life, I wore my Irishness as a badge of honour. Thenceforth, I would be Ireland’s musical ambassador to Canada, touring the country as one-half of a duo called the Dublin Rogues.

It was a terrific way to see this land. Between the beginning of 1967 and the middle of 1968, I travelled the length and breadth of Canada. I spent a wonderful summer in the Yukon, playing honky-tonk piano in the Palace Grand Theatre, a replica of an 1899 opera house. I married a charming French-Canadian from Prince Edward Island and we celebrated the birth of our darling daughter in north-central British Columbia.

I never gave any serious consideration to going back. Ireland might have formed me, but Canada made me. It made me a writer, a musician, a husband, a father and a Canadian. Ireland was my birthplace, Canada is my home.

It will always be my home. When I am old enough to become a Snowbird, I may fly south for the winter, but I won’t be looking for retirement properties in Arizona or Mexico. The winds may sure blow cold away out here, but they also blow warm with the promise of another spring.

Ireland plays a leading role on the world stage. There were more touring companies of Riverdance than there are of Les Miserables. My old schoolmate Pat O’Connor made acclaimed movies like Circle of Friends and Dancing at Lughnasa. The Chieftains still play, Van Morrison still sings, a septuagenarian actor named David Kelly gained international attention riding a motorcycle naked in Waking Ned Devine, and a brilliant young novelist named Patrick McCabe (Butcher Boy, Dead School) becomes the latest Irish literary talent to see his work travel far beyond the borders of his native land.

I love being associated, however peripherally now, with a country that produces such talent.

But if you ask me who I am, I will tell you I’m a Canadian, an Albertan and a Calgarian – in that order. That’s why I won’t be wearing green today.

Ireland is a state of mind, and so is Canada. When I want to get in touch with my roots, I just close my eyes and remember. 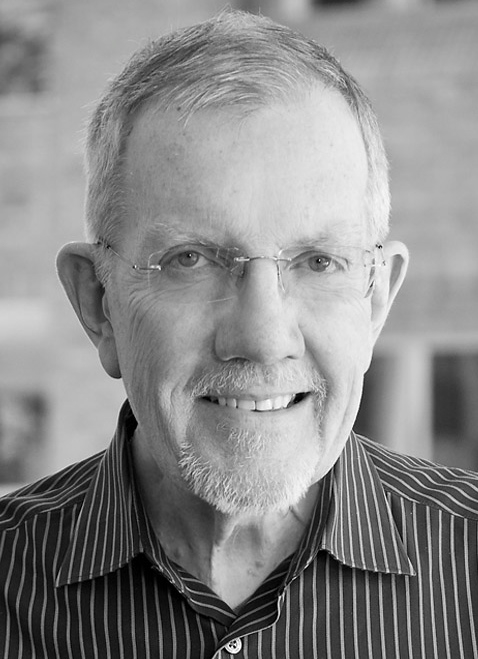 Author and F&O feature writer Brian Brennan’s latest book is an autobiography, Leaving Dublin: Writing My Way from Ireland to Canada. Visit him at www.brianbrennan.ca