As the annual hullabaloo about the allegedly homophobic and discriminatory activities of the Salvation Army kicks off again, I think it’s important to remember that the organization saves lives of those society deems disposable.

It’s an issue with two sides for me. 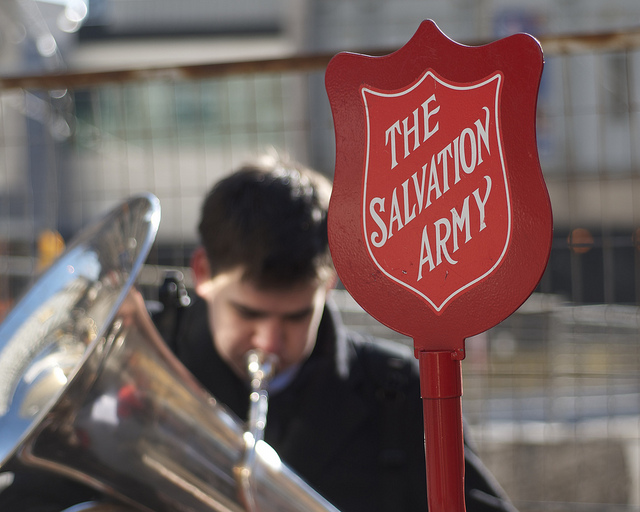 A Salvation Army band plays in front of Union Station in Toronto in 2011, raising money for the Red Kettle fund. Photo by Jamie McCaffrey/Flickr/Creative Commons

The Salvation Army has discriminatory policies in staffing and funding acceptance issues around lesbian, gay, bisexual, and transgendered people issues.

On the other hand, the Salvation Army runs detoxes and rehab facilities for those seeking recovery from addiction.

Addicts are looked down on by many, seen as morally weak, marginal.

Isn’t that where the LGBT community was 50 years ago?

And, I’m a recovering addict.

I say recovering because, while I no longer use any mood-alerting substances, I have a psychiatric condition that wants me to numb my feelings.

That numbing process can kill me.

It killed my partner and one of my best friends.

And, as a recovering addict, I and others I respect deeply for their humanity and triumphs over demons, regularly attend Salvation Army facilities in Vancouver, Canada.

We do so to carry a message of hope that recovery from the nightmare of addiction is possible and that a rich, fulfilling life can be achieved through that.

I do not agree with one set of policies of the Salvation Army.

That does not mean I will not help the organization further its overarching goals.

It’s a question of balance and principle.

I have had to choose what is more important to me: a fight over inequality or doing my little bit to try and help maybe one person have a better life by passing along the message and knowledge of recovery that was passed to me.

I believe both are important but keeping people alive is the greater goal of the two.

The gay community has come into its own in the past few decades.

One or two homophobic organizations are not going to bring a resurgence of inequality.

Call me naïve if you want.

Right now, Vancouver’s morgues are overflowing with bodies as a result of fentanyl overdoses.

And, the Salvation Army runs multiple facilities their to help addicts on the start of the road to recovery.

They’re doing their best to help in the face of a crisis.

For most in the LGBT community, I believe this is just an esoteric, armchair issue fought from the comfort of their computers.

They will effect little change.

There have been multiple issues that should have brought Vancouver’s LGBT community out in droves.

Some – such as the 2001 beating death of Aaron Webster in Stanley Park have, while most others have not.

For those for whom LGBT activism is going to a parade once a year and then complaining about this and other issues, I encourage you to become involved in building your community.

Don’t be a passive complainer.

I’m hesitant to single the gay community out as apathetic.

But after 15 years writing for the gay press, I think it’s fair to say that a great many of the community’s members are soft-core political and then only on Pride weekend.

Sadly, with the party focus of the community, addiction is often downplayed.

Those finding themselves with problems often find themselves looking to groups such as the Salvation Army.

And, frankly, the LGBT press encourages the party.

In one case several years ago, a publication ran a primer on how to inject narcotics safely.

The Salvation Army is one of the few organizations ready to help addicts in the LGBT community when it has discarded the used-up partier.

I believe the community should be more principled and either help its own or work with the groups such as the Salvation Army as it saves the lives of people, including gay people.

As one of my counselors in rehab said: your addiction has one goal – to isolate you and kill you.

And death doesn’t give a damn what colour of the rainbow flag you are.

When it comes to the choice of saving a life versus arguing over inequality, I say this: Someone who is dead can’t help fight inequality. 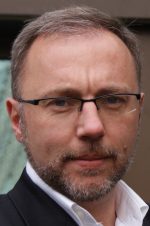 Jeremy Hainsworth has worked as a freelance correspondent for The Associated Press, Bloomberg Bureau of National Affairs, Reuters, Daily Xtra and a variety of legal publications. He was on staff at The Canadian Press, The Calgary Herald and was a senior news manager for Canada’s Sterling Newspapers group.

To our supporters, thank you. Newcomers, welcome to reader-supported Facts and Opinions, employee-owned and ad-free. We will continue only if readers like you chip in, at least 27 cents, on an honour system. If you value our work, contribute via PayPal or find more payment options here.