Israel at the Boundary

Facts and Opinions’ Natural Security columnist Chris Wood reported from the first Palestinian intifada in 1988 for Canada’s Maclean’s magazine. The fierce global debate over Israel’s latest conflict with residents of Gaza prompted him to reflect on the alleged ‘double standard’ of criticizing Israel amid the region’s wider violence. 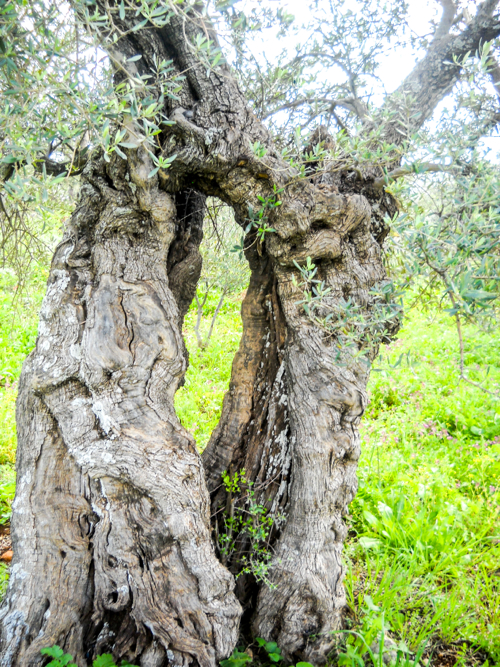 I have been privileged (and I don’t use the word lightly) as a reporter to witness a moderately wide range of human sorrows. One of my most vivid memories is of the hospital in Gaza City, so overwhelmed by the injured at the hands of Israeli Defence Force beatings, and so undersupplied, that a reeking yellow stream of blood, urine and puss oozed thickly down a bare concrete hallway.

That was in 1988, before Israeli-Palestinian relations reached their present abyss. Perhaps the experience has affected my judgment in the present. But I find that reality has a way of doing that to me.

A friend — I hope I may still call him one — recently chastised me for selectiveness in my criticism on social networks of Israel’s Gaza campaign, and my comparative silence about the horrors occurring in Syria and Iraq. The unspoken implication that there was something particular about Israel that inclined me to single it out, embedded another: that the something particular was Israel’s Jewishness.

The suggestions are sufficiently morally impugning, and implicate enough of my personal friendships, that they deserve a thoughtful response.

There is something different about Israel. But it is not its Jewishness. To the contrary, it is Israel’s very us-ness, if I may coin a word: the very extent to which its democracy, its internal respect for free speech, its advanced engagement in an international commerce ruled by law, its accomplishments in science, all of these, have placed Israel in the family company of the decadent but still relatively free, peaceful and, in principle, egalitarian ‘western’ political tradition. It is Israel’s virtues that make it different from Syria or Iraq.

And from other places. We need to be a little candid about the world. The idealized notion nurtured by international good-works activists that the common dreams of the family of man — peace, a safe home, a future for the kids — will eventually overcome retrograde local battles over differences of superstition, if we just hold enough global conferences and expand our personal networks widely enough, struggles to find footing in the real world.

That place holds plenty of horrors. Iraq and Syria are just a start. Nigeria (where girls are being kidnapped and boys murdered wholesale), Honduras (where the graduates of America’s jails murder and extort wholesale), the miserable kleptocracies of North Korea and Zimbabwe. The places that are off the media radar just now but will be back as soon as Gaza has reached its best-before date, their despair fully intact: Haiti, South Sudan, the Congo.

The cultural and social boundaries between that world and ours in the ‘west’ are invisible, mobile, permeable — but they are also real. Our western Euro-heritage however is not used to observing boundaries: it has spent the last 500 years violating them in the most predatory ways possible. In a variety of subdued fashions we’re still at it: Euro-Canadians, colonial Canadians, are still trying to tell their historic victims, the continent’s first nations, how they ought to run their communities.

I’m an old-fashioned, small-l ‘liberal.’ I believe that the European Enlightenment tradition, and until recently its distinctive formation in Canada, surveyed a way of human existence better by far than social rule by theocracy or ideology, let alone by individual men claiming direct lines to God.

But I am not naïve enough to mistake that tradition or its conclusions for universal truths. (They are no longer especially universal even in the ‘west.’) And both my reading of history and my observations over a lifetime of reporting disabuse me of the illusion that ‘we’ know anything sufficiently better to justify forcing it on ‘them’.

Only the naïve or arrogant imagine that we who live in countries that are respectful of civil rights and freedoms (most of the time), where differences are solved at negotiating tables, in ballot boxes or court-rooms, have the power or title to enjoin those values on places running hot with fierce disdain for them.

We cannot, and to pretend otherwise is a waste of time.

But there lies the rub with Israel in its present policy. It is a country that most of the time looks like a western ‘us.’ It presents itself as a rule-of-law, democratic, civil-rights-respecting place so convincingly that many in Europe and North America embrace it unconditionally.

Yes, there is a double standard in expecting something better from Israel than the rule of the AK-47 and RPG that is in force in the badlands of the world. It is an expectation that Israel itself not only created, but claims.

In the former Palestine however, Israel’s actions have blurred the boundary between the arguably ‘civil’-ized world and the world of warlords. It is a pointlessly futile game of infinite regression to justify the present campaign by tracing the perverse lineage of eyes gouged out yesterday in return for eyes gouged out the day before. Since at least 1988, Israel has held the overwhelmingly dominant power in its relationship with its occupied territories; only it has been in a position to change the dynamic, and it has declined to do so.

Or that is my observation. But the issue attracts so much comment in the rest of the west precisely because while Syria and Iraq were never part of the family, Israel was, and it is no longer clear on which side of the boundary it is going to wind up.