A bale of a good time 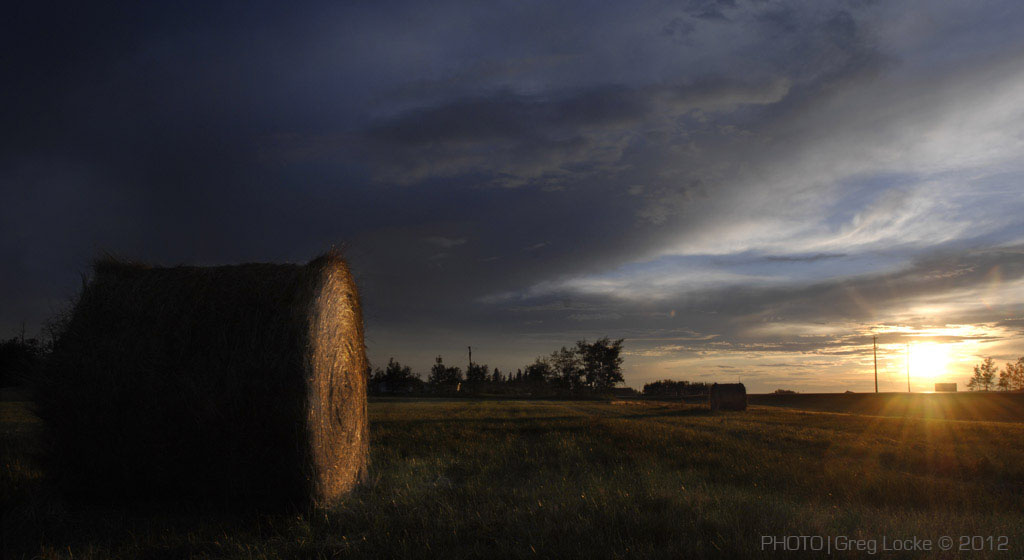 Thursday night in Auburndale, Nova Scotia, and what’s the big entertainment? A drive-in movie, perhaps? Maybe dinner out? How about staring at a big field of hay? That doesn’t sound terribly promising, but over four balmy nights in July, Steph and I sit on our front porch, watching grass get cut in the field directly across from our house. We aren’t the only ones entranced. Everyone and his dog (literally, for half the vehicles zipping past have a mutt sharing the front seat) slows down and gawks at the haying that proceeds apace up the hill on the Oickle farm.

Just north of Bridgewater, Auburndale is not much more than a two-lane road with fewer than a hundred houses alongside. The neighbours own Xboxes, drive ATVs, watch television and enjoy all the other toys of modern life. But on a hot summer night, when red-winged blackbirds chase one another in swooping dives over the fields and bruised thunderheads roll in over the hill, watching haying from the front step with a beer in hand may be one of the most relaxing pastimes around.

Steph and I have Florence Oickle to thank for that. The Oickle family has owned the 80-hectare farm for 38 years. Since Florence’s husband passed away 1 0 years ago, son Byron looks after the property.

We’ve learned from Florence that making hay is actually a four-step process, and the first part – actually growing it – requires a lot of patience. For us, June means long, languorous days observing the hay moving in billowing waves with the wind. For the Oickles, cultivating hay means allowing the crop to nearly reach maturity; the best cut occurs just before the seed heads pop out. Leave the hay too long, and it becomes coarse. Cut too soon, and the yield suffers.

By July, when the long grass has ripened, the spectator sport begins. Byron jumps on his tractor and, over the better part of an evening, traces a route around his property, mowing down the hay. The next night, he retraces his route with a rake, moving from the top of the hill to the bottom and across, fluffing the animal feed into windrows. The third night, wearing his white hat, the farmer drives over the windrows, dragging a baler behind his tractor. At regular intervals, a neat square of hay weighing roughly 36 kilograms tumbles off the back of the baler. Soon, tidy bales dot the rolling fields.

On the fourth steamy evening, Byron drives out onto the field in a little red pickup truck. He hauls bales and slings them into the truck bed, loading the vehicle to the hilt. When it comes time to drive back up the hill, it looks as if he may not make it to the top. Slowly, slowly, the truck grinds up the hillside like a little Dinky Toy. When he finally clears the summit, we heave a sigh of relief.

Later, a flatbed truck pulls up, and the elongated accents of a couple of men from nearby New Germany fill the air. The men start stacking bales with a sense of urgency. It is supposed to rain this evening, and moisture would adversely affect the crop. There is method to their madness. The proper way to stack bales is to make steps. The first man heaves one bale on top of another until we figure the pile is as high as he can go. Then he starts arranging his steps, but sloppily; the tower of hay leans backward precariously, threatening to tumble. He restacks the bales, and the truck chugs off to the far end of the field.

By this time, Steph and I are pretty much ready to hit the hay. It has been an evening of the best entertainment available in Auburndale. Watching haymaking is like witnessing the cycle of life: growth, maturity, death and regeneration. It is profound and comforting in its continuous circle and calming in its pure simplicity. Forget television, movies and the internet. I’ll take a night of haymaking any time.