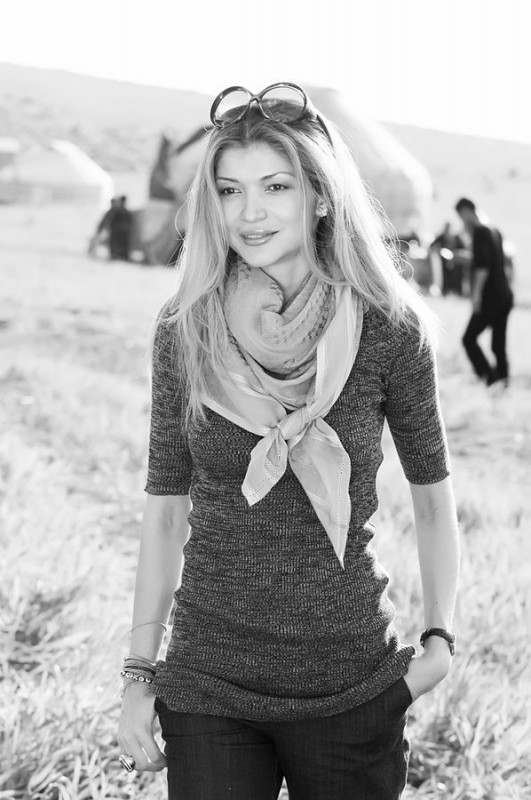 Supermarket tabloid divas like the Kardashians and Miley Cyrus are rank amateurs in the league tables of manic self-obsessives and insatiable exhibitionists of their own excruciating bad taste when stacked up against the gold standards set by Gulnara Karimova.

Mind you, Karimova, 41, who immodestly but truthfully describes herself as a “poet, mezzo soprano, designer and exotic Uzbekistan beauty,” has some advantages when it comes to the lavish life of the exhibitionist.

She is the daughter of Uzbekistan’s dictator President Islam Karimov, and over the last decade of so he has turned a blind eye to — and perhaps aided and abetted — his daughter as she pillaged the economy of the Central Asian nation of 30 million people to feed her vanity.

At the climax of her achievement of self-adoration Karimova had a fortune of at least $1 billion, at least, that’s what’s been found in her Swiss bank accounts. She also controlled Uzbek radio and television stations which specialized in broadcasting her sideline as a pop icon, which she performed under the name “Googoosha.”

Karimova’s fortune came from Uzbekistan’s oil refining, the national airline, the country’s gold mines, the telecommunications network, nightclubs, and, it is suspected, trafficking in women to the Gulf States, especially Dubai. In addition, like any self-respecting diva, she has her own line in jewellery, clothing and perfume.

But one advantage of being a dictator’s daughter is that it is easy to clean up your image when it becomes too tawdry and downmarket. So Gulnara glories in being a professor of World Economy and Diplomacy at Tashkent University in addition to having a Masters Degree in “regional studies” from Harvard. Her father further burnished Gulnara’s image by making her Uzbekistan’s ambassador to Spain and official representative to the United Nations in Geneva, a title which had the added advantage of giving her diplomatic immunity against those with litigious designs on her activities. Karimova didn’t think this exaulted position was quite sufficient and appointed herself Uzbekistan’s “chief philanthropist.”

But now this whole fantastical creation has come tumbling down. Gulnara’s fortune has been frozen or seized by her father’s agents, and the “Uzbek Princess” herself has been under house arrest with her 16-year-old daughter since February. Over a dozen of her close associates have been tried for blackmail, extortion and forgery, and sent to prison for up to 10 years.

The latest news is that Karimova herself faces charges of corruption and being part of an “organized crime group” that pillaged state assets.

It is not unusual for dictators, especially particularly nasty ones like Islam Karimov, to create monsters among their family members. Think only of the plundering relatives: Robert Mugabe’s wife Grace in Zimbabwe, the offspring of “Papa Doc” Duvalier in Haiti, and the rabid sons of Saddam Hussein in Iraq. What is unusual, however, is for Frankenstein to turn on his creation. So Karimov’s purging of his own daughter, who has often sparked musings that she might be his successor, is spawning fervid speculation. 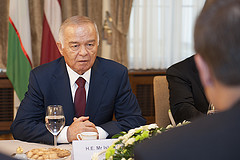 Islam Karimov in 2013. Photo courtesy of the Parliament of Latvia, via Flickr. Creative Commons

Most are variations on the theme that Karimova has become a liability for her father, who is 76, faces what passes for an election next year, and who shows signs of wanting to retire. A message from the United States embassy in Tashkent from 2005 published by Wikileaks says “most Uzbeks see Karimova as a greedy, power-hungry individual,” and that she is “the most hated person in the country.”

Karimova began to be a public embarrassment for her father in 2001 with the collapse of her marriage to Mansur Maqsudi, an American businessman of Afghan origin. She gathered up the children – son Islam and daughter Iman – and fled to Uzbekistan. When a U.S. court granted Masudi custody of the children, Karimova refused to accede. An international arrest warrant has been issued against her on charges of kidnapping, but her diplomatic appointments as ambassador and representative at the UN gave her immunity against arrest.

That immunity ended in September last year when Karimova lost her diplomatic postings and returned to Uzbekistan. This came soon after she was implicated in a major corruption scandal in Sweden. Swedish media published allegations that telecommunications giant TeliaSonera paid hundreds of millions of dollars in bribes to get a slice of the lucrative Uzbek mobile phone market. She is also under investigation in a corruption probe in Switzerland.

There are several theories why President Karimov cut his daughter loose and is now purging her from his circle. Karimova herself has accused her mother, Tatyana Karimova, and her younger sister, Lola Karimova-Tillyaeva, of turning her father against her.

There’s certainly palace intrigue of Shakespearean proportions involved, but family tantrums sound too simple. It may be that Karimov suspects his daughter of trying to seize power. It may be he has realized her larcenous antics are driving away would-be foreign investors.

Another possibility flows from the perennial problem facing vicious dictators, and that is the near impossibility of finding a carefree and secure retirement. When you’ve lived a life of ruthless mastery like Karimov, there’s always your surviving enemies at home or bodies like the International Criminal Court abroad out to get you. That’s why so many dictators die in office. They can’t get off the tiger without being mauled.

One theory doing the rounds in Tashkent is that Karimov is bargaining with the Uzbek elite for a secure retirement, and destruction of the personal empire of his hated daughter Gulnara is the price. Gulnara’s friends have hired a London public relations agent to make her case to the world-wide tabloid market, so we will doubtless be getting daily updates by the check-out counters.