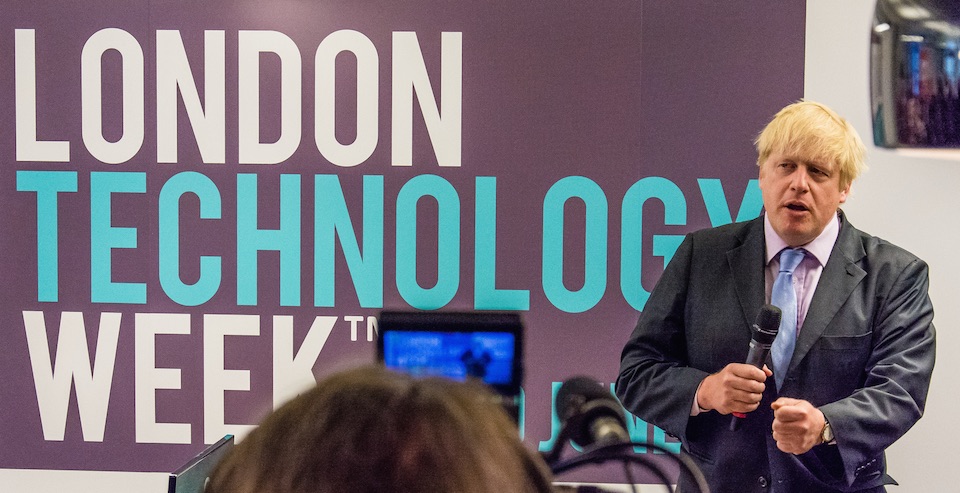 Boris Johnson, the Mayor of London who unashamedly lusts to be Tory Prime Minister of Britain, clearly relishes his role as a source of public entertainment.

In his nearly two decades in the public eye, Johnson has made buffoonery a high political art form. And public delight at his verbal indiscretions, temperamental inability to parrot contemporary political correctness, willingness to make a fool of himself, and genial, basset-hound features have aligned into considerable political backing.

That backing has seen him elected Member of Parliament for Henley in 2001 and the directly elected Mayor of Metropolitan London in 2008. In 2012 he was re-elected amid the euphoria of the London Olympics. Now Johnson has announced he plans to run again for the House of Commons in next year’s election and no one doubts he has his eyes set on supplanting Conservative Prime Minister David Cameron. Even Johnson has stopped denying his ambition. He used to say he had “as much chance of becoming Prime Minister has being decapitated by a Frisbee, blinded by champagne cork, locked in a disused ‘fridge’, or reincarnated as an olive.” However, he denies any plans to conspire against Cameron, who has many dissenters among the Tory backbenchers, and insists he will only be on hand “if the ball comes loose in the scrum.”

It is and often has been the habit of aspiring politicians to write books to try to give some gravitas to their ambitions. Look at Hillary Clinton’s Hard Choices, for example. Johnson’s choice of subjects in his recently-published book on Britain’s wartime leader Winston Churchill is equally revealing. Leaving the reader to draw the parallels, Johnson makes the case that eccentricity has never been a barrier to holding high public office in Britain, and Churchill is a prime example. He also argues that Churchill created a character that the times demanded and played that part to perfection.

But for Conservatives and the British public at large the time is fast approaching when they must decide whether Johnson is as he portrays himself — a charming Bertie Wooster, whose eccentricity masks a proven ability at administration as Mayor of London – or someone a good deal more scheming and sinister.

Conrad Black, who hired Johnson as editor of the conservative weekly magazine The Spectator in 1999, has no doubt which is the real Boris. Black has described him as “a sly fox disguised as a teddy bear.” As is the normal way of the world, there have always been people who were not seduced by Johnson’s presentation of himself as a shambolic overgrown puppy. But the British media, with which Johnson is deeply embedded both as an audience-grabby topic of tabloid fun and a regular, highly paid newspaper columnist, has tended to play Boris for comedy rather than drama. That is, until a Sunday morning BBC television interview show earlier this year.

Johnson had clearly come prepared for yet another cuddly interview where his most taxing task would be to find new an amusing ways to say he has no ambition to oust Cameron, but if the job falls open, well, he’ll be ready. Instead Johnson found himself confronted by the acerbic interviewer Eddie Mair who led off with the unanswerable question: “You’re a nasty piece of work, aren’t you?” Johnson fumbled around as Mair demanded explanations for a whole host of past iniquities that punctuate the Boris record. Afterwards, Friends of Boris, who lurk somewhere between being groupies and a shadowy leadership organization, described the interview as “a car crash,” though train wreck might be more accurate.

Looking at Johnson’s record, it is amazing he has survive in public life so long and continues to be viewed by many as not only the savour of the congenitally dull and unimaginative Conservative Party, but also a credible candidate for Prime Minister. Any one of Johnson’s many indiscretions have brought down other public figures.

Johnson was born in New York in 1964, where his father, Stanley, worked for the United Nations. Indeed, Johnson has kept his United States citizenship and is as qualified, citizenshipwise at least, to be President as he is Prime Minister. He went to Britain’s top private boys’ school, Eton College, and then studied classics at Oxford University. He was elected President of the Oxford Union at his second attempt after, contemporaries say, doctoring his political leanings to appeal to the left-wing leanings of student voters.

Johnson’s malleable affinity for the truth followed him into his early working life. He spent only a week in a management consulting company before becoming a trainee reporter at The Times newspaper. The basic concepts of journalism seems to have eluded Johnson, however. Within a year he was fired for manufacturing a quote, which he attributed to his godfather, Colin Lucas, who later became Vice-Chancellor of Oxford University.

Johnson spent a short time in purgatory, writing for the provincial Wolverhampton Express & Star, before being hired by London’s The Daily Telegraph, then owned by Conrad Black. Under Black’s patronage, Johnson rose through the ranks and in 1994 became Assistant Editor.

One of the unanswered questions about Johnson’s integrity stems from this time. In 1995 a recording of a telephone conversation was made public between Johnson and a former schoolmate, British-Iranian businessman Darius Guppy. In the tape Guppy asks Johnson for the home address and telephone number of a News of the World journalist, Stuart Collier. Guppy said he wanted to have Collier beaten up in revenge for some of the journalist’s news stories. It remains unclear whether Johnson gave Guppy the information or not. But he did not alert the police, and, in the event, there were no attacks on Collier.

Johnson had been writing columns for The Spectator for several years when in 1999 Black asked him to become editor of the prestigious, but loss-making magazine. Johnson’s gravitation towards politics was already evident and Black asked and got an assurance that his editor’s full attention on the job would not be diverted by forays into parliament. But in 2001 Johnson ran for and won election in the upmarket, safe Conservative constituency of Henley in south Oxfordshire. Until he was appointed opposition critic for Higher Education by then Tory leader Michael Howard in 2005, Johnson carried on doing both jobs.

Both of Johnson’s masters had reason to question the divided attention of their servant. In 2004 Tory leader Howard went white with fury after the Spectator ran an unsigned editorial, but which brimmed with Johnsonisms, describing the people of Liverpool as wallowing in “vicarious victimhood” and possessed of a “deeply unattractive psyche.” Johnson was instructed to go to the north-west coast port city to apologize.

Johnson’s activities at The Spectator followed him after he resigned the editorship, however. For a year or so there had been rumours in newspaper gossip columns that Johnson was having a long-running affair with one of the magazine’s columnists, Petronella Wyatt. Johnson told party leader Howard there was no truth to the rumours, which he described as “an inverted pyramid of piffle.” But after Wyatt had an abortion her outraged mother went to the newspapers with the story. Johnson was sacked by Howard from his opposition party post for lying.

Johnson’s apparent belief that the normal rules don’t apply to him remained unchanged after his election as Mayor of London in 2008. That job included being chair of the Metropolitan Police authority, and in that role late in 2008 Johnson was informed the police intended to arrest Conservative MP Damian Green, a former colleague in journalism, on allegations of the unauthorized dissemination of confidential government information. Johnson was said to have told the police commissioner that he would need to see “convincing evidence that this action was necessary and proportionate.” Formal complaints against Johnson for inappropriate interference were investigated, but no action taken.

Johnson’s tempestuous relationship with women have also followed him into the mayor’s office. In 2009 Johnson was widely criticized for picking one of his political supporters and another former journalist, Evening News editor Veronica Wadley, to head the Arts Council For London, even though she had no obvious qualifications for the job, unlike the other three candidates. The same year Johnson fathered a child with his unpaid city hall adviser Helen Macintyre. The following year an inquiry by a disciplinary panel of the Greater London Authority found Johnson had committed a “minor technical breach of the code of conduct” by not formally disclosing his relationship with Macintyre.

In the course of his re-election campaign as Mayor of London in 2012, Johnson reassured voters no less than 17 times that he would complete his four-year term and would not run for parliament in 2015, as was widely rumoured at the time. Well, like so many of Johnson’s assurances in the past, this too has become inoperative and overtaken by events. “My mind changed,” he told a recent interviewer.

So the Johnson public entertainment continues. But is it comedy or drama? Is Johnson cast as Basil Fawlty, heading inevitably for a prat fall and the miserable extinguishing of all his hopes and passions? Or is Britain in the midst of a real House of Cards, with Francis Urquhart deftly playing on the weaknesses of all those around him to open the way to the top job?

Please help sustain Facts and Opinions by buying a day pass or subscription. F&O is an online journal of first-rate reporting and analysis, in words and images: choice journalism, without borders. Independent, non-partisan and employee-owned, F&O performs journalism for citizens, funded entirely by readers. We do not carry advertising or solicit donations from foundations or causes.