From being the poster boy for a modernizing Middle East, the filthy rich Gulf state of Qatar has become a menace.

Next month the governing body of international soccer, FIFA, will receive a stack of evidence that Qatar splurged $5 million in bribes and other inducements to win the contest for host nation of the 2022 World Cup, the biggest and most popular global sporting event.

Unless the Investigatory Chamber of the FIFA Ethics Committee is smitten by an idiosyncratic view of morality – a distressingly common affliction among sports government bodies – Qatar is going to go through the ignominy of having the 2022 World Cup taken away.

Given that the international passion for sport, especially soccer, touches the hearts of billions of people who otherwise take very little interest in world affairs, losing the World Cup will be the blackest mark against Qatar’s name that it is possible to imagine.

There are, however, much better reasons to question the role Qatar, an absolute monarchy that is ruled by the Al Thani family, is playing in the world, and especially the Middle East. Large dollops from its treasury of nearly $200 billion a year from its massive oil and gas reserves are being lavished on some of the nastiest Islamic fundamentalist organizations, making matters worse in an already very unpleasant neighbourhood.

Even the semi-house-trained regimes in Saudi Arabia and Egypt, both of which have a lot to answer for when it comes to creating mayhem at home and abroad, find Qatar’s activities so disgusting they have cut ties.

Much of this stems from Qatar’s interventions in the uprisings known as the Arab Spring, which started early in 2011 and which have now petered out, with few lasting reforms to show for all the death and anguish.

Qatar was an early supporter of the uprising in Libya to oust dictator Moammar Gadhafi, and Doha successfully lobbied both the Arab League and the North Atlantic Treaty Organization to intervene militarily on the rebels’ behalf.

That has not turned out well. Libya is now a hornet’s nest of armed and violent clan and tribal militias. There is no central government worth the name and the country is simply waiting for a new Gadhafi to emerge and knock heads until some semblance of order is achieved.

Qatar, however, does find chaotic Libya a useful source of weapons for some of its other enterprises.

While it was supporting the Libyan uprising, Qatar also backed the protesters in Egypt against the military-backed regime of Hosni Mubarak. Qatar aided the Islamic puritan Muslim Brotherhood, the established opposition of the Mubarak regime and the ideological fountainhead of many extremist groups, including al-Qaida.

When the Brotherhood’s Mohamed Morsi became President and head of an Islamic administration after misconceived elections in mid-2012, Doha’s influence in the Middle East reached a peak. But it had the wind knocked out of it last year when Egypt’s army ousted the Morsi administration. The army has now installed the former Defence Minister, Gen. Abdel Fattah al-Sissi, as the new President after an election that owed more to stage management than democratic expression. 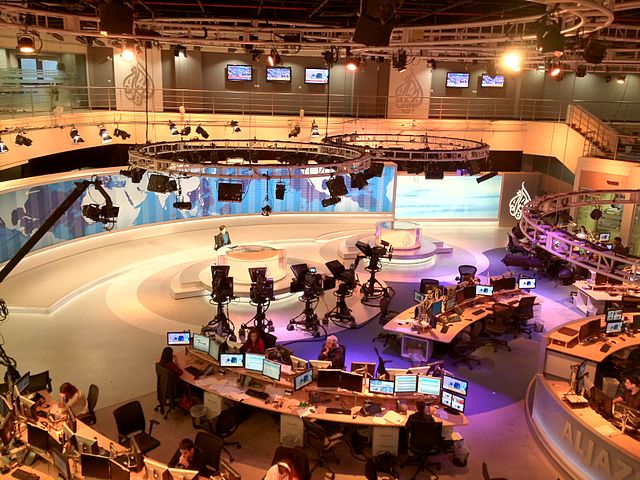 Qatar and all its works are now anathema in Cairo, including the Qatari-funded and managed news network Al Jazeera. Three of the network’s journalists, including Australian Peter Gresty and Canadian Mohamed Fahmy, are in the midst of what can only be described as a choreographed show trial. The allegation is they “threatened national unity and social peace” by broadcasting news reports biased in favour of the Muslim Brotherhood.

The most pernicious adventure in which Qatar’s Al Thanis are engaged at the moment is in the Syrian civil war, now entering its fourth year.

From the start the Qatar royal family actively supported the most extreme Islamic groups fighting the regime of President Bashar Assad. This perverted the political complexion of the rebel coalition, the Syrian National Council, until Saudi Arabia became the dominant outside influence last summer. But even with the removal and replacement of some of the most perverse members of the National Council, it remains an unreliable partner in Western efforts to bring reform to Syria.

And Qatar’s bounty to radical rebel groups of at least $100 million in cash, along with arms acquired in Libya and delivered through Turkey, continue to influence the battlefield. Many of the rebel militias spend as much time fighting each other as they do the Assad regime, which now looks more secure in power than it has since 2011. And the Al Thanis’ feeding of the radicals has ensured that the rebellion has become a magnate for every wayward Muslim youth indoctrinated by mad mullahs with the vile nihilism of the jihad.

Since Emir Hamad bin Khalifa Al Thani seized control of Qatar from his father in 1995, he has tried to portray the emirate as a liberalizing and internationally influential Arab state. The Al Jazeera network was launched, with the technical and journalistic help of the British Broadcasting Corporation, in 1996 as a professional Arab view of Middle Eastern and World events. It rapidly became, however, the platform of choice for Osama bin Laden and suchlike when they had a video message to impart.

The Al Thanis have cultivated good relations with Washington, which kept the headquarters for its Central Command there for the 2003 invasion of Iraq. Qatari women were first allowed to vote in municipal elections in 1999.

High-end sports events have played a major role in Qatar’s international charm offensive. This year it hosted the world Formula One Powerboat Championship and it built a motor racetrack at Losail in 2004 with the aim of joining the auto racing Formula One circuit.

A successful campaign to host the World Cup in 2022 was meant to be the crowning sports achievement.

But the revelation of a treasure-trove of email to and from Qatar’s World Cup fixer, Mohamed bin Hammam, a former vice-president of FIFA, detailing his payouts to national soccer representatives worldwide to secure their support for his country’s bid, hardly comes as a surprise.

The smell of a fix has hung over the whole affair since Qatar trounced the United States, South Korea, Japan, and Australia in the 2010 FIFA ballot. Giving the World cup to Qatar made no sense. With only 1.7 million people, it is the smallest country to host the cup and, having nothing much in the way of an established local soccer culture, started building five stadiums.

This was complicated by another fact of Qatari life. In the summer, when the World Cup is usually held, daytime temperatures in Qatar can reach 50 c. And an extrapolation from the number of migrant workers regularly killed on Qatari construction sites because of lax safety standards, is that up to 4,000 people could die building these stadiums.