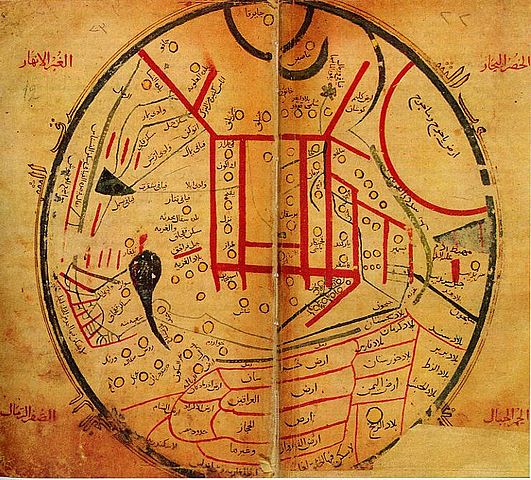 The question is not whether there will be an independent Kurdistan. It’s been lurking in the underbrush since 1991. The question is how big the country will get.

The 40 million Kurds are the world’s most numerous distinct people without a country of their own. Their homeland is partitioned among Turkey, Iran, Iraq and Syria, and while most are Sunni Muslims, there are significant religious minorities of Zaroastrians, Christians and Jews.

But as Iraq stumbles towards shattering into its ethnic and religious parts, one solid result is the emergence of a new nation in the majority Kurdish north of the country.

Massoud Barzani, President of what is already recognized by the faltering Baghdad government as an autonomous region, said on Thursday that it is time for the 6.5 million Iraqi Kurds to hold a referendum on formal independence. The plebiscite could be held within two months and there is little doubt the Kurds will vote overwhelmingly for recognized independence.

Even as he asked the Kurdish parliament in Irbil to prepare the referendum, Barzani had dispatched emissaries to Washington and to European and Arab capitals to seek support for the move. The United States, the Europeans and others instinctively repel separatist movements and usually genuflect to the notion of the sanctity of nation states.

The splitting up of Iraq is no exception, even though it is evident that the pigheaded Prime Minister, Nour al-Maliki, or whoever else can be persuaded to take this thankless job, has little hope of keeping the country together. Much of the centre of Iraq is now under the control of the fundamentalist Sunni Muslim terrorists of the Islamic State of Iraq and the Levant (ISIS), which also holds large swaths of territory in neighbouring Syria. ISIS has declared that this little empire is a theocratic state modelled on the Medieval Muslim Caliphate.

In comparison to the bloody horrors being meted out by the ISIS fanatics and the deep ideological corruption of Maliki, Barzani’s Kurdistan is an island of sanity, democracy and effective government. Washington and the rest may voice reluctance at accepting the birth of Kurdistan as a nation, but they will go along with it.

For Washington and its allies, after all, Kurdistan is their own creation. After the defeat, but not the removal, of Saddam Hussein in the First Gulf War in early 1991, the U.S., Britain and France maintained a no-fly zone over northern Iraq to protect the Kurds from revenge by the Beast of Baghdad. The effect of preventing Saddam’s forces from operating in northern Iraq was to partition the country and enable the birth of Kurdistan.

The creation of this infant state was not welcomed in the neighbouring countries with substantial Kurdish populations. Turkey in particular saw Iraqi Kurdistan as a major threat that would inspire separatist passions among Turkish Kurds.

Since the early 1980s, Turkey has been fighting a war against the Kurdistan Workers Party (PKK), which is intent on winning an independent homeland for the country’s 20 million Kurds. Indeed, Iraqi Kurdistan swiftly became a refuge and base for PKK fighters. On several occasions Ankara’s forces have swept over the border into northern Iraq to attack the PKK base camps.

But since 2007 there has been a sea change in the attitude of Turkey’s ruling Justice and Development Party. That change culminated last week in the announcement by the party that it will accept the birth of an independent Kurdish state in what is now northern Iraq.

The significance of this development cannot be exaggerated. It is driven by stark pragmatism on the part of Turkish Prime Minister Recep Tayyip Erdogan. He has decided that engagement with Barzani and the Iraqi Kurds is likely to be more fruitful than continued estrangement. For one, this will give Ankara the opportunity to persuade Barzani and the Irbil government to restrict the PKK and curb its attacks inside Turkey.

For another, there’s a lot of money involved. Turkey imports nearly all its oil and gas, commodities that are abundant in Iraqi Kurdistan. For about a year, Turkey has been buying oil from Kurdistan and in November last year made an agreement to export Kurdish oil to the world market via Turkish pipelines, to the outrage of Malaki in Baghdad.

Kurdistan is also a major target of Turkish trade and investment. Indeed, Turkish exports to Kurdistan have tripled to nearly $12 billion a year in the last five years. Kurdistan is now Turkey’s second largest export market after Germany.

However, the Ankara government will resist any desire to expand Iraqi Kurdistan into eastern Turkey. For the foreseeable future Ankara will continue to attempt to satisfy the separatist instincts of its Kurds by granting degrees of autonomy to their regions in the east.

Iran, which has a Kurdish population of about eight million people in the far north-west of the country, will, as in its dealings with dissidents of whatever stripe, rely on repression to smother separatist tendencies. What happens to the Iranian Kurds when the Muslim Shiite theocracy of Supreme Leader Ayatollah Ali Khamenei collapses, as it surely will, is unknowable at the moment.

In Syria, like Iraq a country on the brink of partition as a result of civil war, there is already another de facto Kurdish state. More than a year ago the forces of Syrian President Bashar al-Assad withdrew from several towns and cities in the north-eastern region, where most of the country’s three million Kurds live, in order to concentrate on fighting rebels elsewhere.

Kurdish leaders in Syria say they now control more than half their homeland region. They have established an administration, including control of border crossing points with Turkey and Iraqi Kurdistan.

More than that, the local Kurdish militia, the People’s Protection Units (YPG), have been fighting alongside their Iraqi Kurd counterparts, the well trained and equipped Peshmerga, against the rampaging ISIS terrorist gangs. YPG leaders say their fighters have operated with the Peshmerga against ISIS fighters in Iraqi Kurdistan, and the Pershmerga have given similar support to Kurds inside Syria.

Thus, when independent Kurdistan is established, the move to incorporate the Kurdish region of north-eastern Syria will likely be top of the agenda and become unstoppable.

Bin Laden’s disciples move to realize his dream, by Jonathan Manthorpe on Facts and Opinions, June, 2014