It was always foreseeable that after the death of Nelson Mandela the unlikely alliance of forces drawn together by opposition to apartheid in South Africa would unravel.

Even before Mandela’s death early in December there was plenty of public disgust at the level of corruption and incompetence in the African National Congress (ANC) government, which he led to power in 1994 and which has ruled the roost ever since.

But while Mandela remained alive it seemed almost sacrilegious to seriously argue that the ANC has betrayed its cause. Even the rise to the leadership of the ANC and South Africa’s presidency of Jacob Zuma, a man whose rise to power is littered with sexual and corruption scandals, was not enough to outweigh the blessings of the Mandela legacy.

However, the shift in the balance between past and present seems to have arrived this week, and even as campaigning has begun for the May 7 general election. 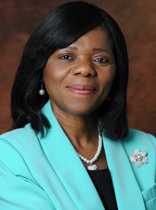 The highly respected Public Prosecutor Thuli Madosela on Wednesday released her damning report into the $23 million in public money spent on building Zuma a rural family compound displaying “opulence on a grand scale” at Nkandla in the hills of KwaZulu-Natal, one of the poorest of South Africa’s provinces.

The report is all the more damning because of its cool even-handedness, even when dealing with Zuma’s evident lies to parliament about what were intended to be improvements to security at his home and budgeted at one tenth of the final price. Zuma did not lie intentionally, but the rot in South Africa’s government culture runs deep, Madosela said.

“The manner in which the Nkandla project was administered and implemented gave me the impression of a toxic concoction of a lack of leadership, a lack of control and focused self-interest,” said Madosela. She went on to say the entire project was characterised by systematic incompetence in government and the flouting of tender procedures leading to “exorbitant” cost overruns.

The imperative to provide Zuma, a polygamist with several wives and concubines, with a lavish family enclave, that he and apparently many others believed fitting for the man who came to the presidency in 2009, even drove officials to divert money from inner-city regeneration projects. The building of a swimming pool in the compound was justified in official documents as “firefighting” equipment, and a helicopter pan and well-equipped health clinic were needed because of the poor roads and lack of facilities in the surrounding villages.

Using the bloated budget to improve the lives of Zuma’s neighbours, and therefore the amenities available to his family, didn’t occur to anyone.

Madosela accused Zuma of conduct “inconsistent with his office,” and ordered him to repay to the state the costs of the swimming pool, an amphitheatre, a cattle enclosure and chicken coop, and a visitor centre.

Opposition parties, the Democratic Alliance, led by Lindiwe Mazibuko, and the Agang party, led by Mamphele Ramphele, have called for Zuma’s impeachment.

But while many outsiders are beginning to speculate the ANC will decide Zuma is a liability and dump him ahead of the May election, it is not even certain the Nkandla issue will be raised at next week’s meeting of the party’s national executive committee.

South Africa’s Mail and Guardian newspaper today quoted a government minister saying there is a very aggressive mood among ANC leaders against those within the party who are appalled by Zuma’s behaviour. “Those who want the Nkandla report raised within the party will do so at their own peril,” the minister told the newspaper.

The Mail and Guardian also quoted a senior ANC official as saying “No one will dare raise that – you all know that.”

Yet Zuma symbolises all that has gone wrong and the unfulfilled promises of the 20 years since the end of white minority rule in South Africa.

Zuma is only the sleekest of the many black cats who have grown vastly wealthy on the spoils of association with government. Meanwhile the disparity between the rich and the rest has become worse than it was during the decades of apartheid. Unemployment is the third highest in the world, with 71 per cent of those without jobs in the 15 to 29 age bracket.

Those young people have a champion, and one that scares even the ANC. Julius Malema was the head of the ANC’s Youth League until he was accused of sowing dissension within the party and expelled in 2012.

Malema now leads his Economic Freedom Fighters (EFF), which purports to be a Marxist-Leninist party, but which in reality is a populist black nationalist outfit with little attachment to South Africa’s economic realities. The EFF echoes many of the crude anti-white and other racist sentiments of President Robert Mugabe’s regime in neighbouring Zimbabwe.

About 50,000 people are reported to have turned out when Malema launched the EFF election manifesto at the end of last month. The platform calls for the confiscation of “illegally acquired” wealth, which appears to mean anything accumulated by non-blacks during the colonial and apartheid decades.

So there are promises to expropriate land, and for the state to nationalise up to 60 per cent of strategic corporations in the mining, banking, pharmaceutical, food distribution and other sectors.

There are, predictably, major promises to provide education and job opportunities for young people. But the EFF is likely to appeal to a broader sector of South Africa’s voters disenchanted with the ANC and for whom the anti-apartheid ideals of Mandela’s ANC are a dimming memory.

While it seems likely that Malema and the EFF will get a footing in parliament in the upcoming elections, it will probably not be a startlingly successful debut. The EFF does not have well-established and effective organisations in South Africa’s nine provinces. It’s best hopes are in Malema’s home Limpopo province and in the Free State, home of the Sotho people who have a long history of often violent rivalry with Zuma’s Zulus.

The coming election is unlikely to see the end of ANC rule. But the ANC will undoubtedly get a warning that, if it is to continue to support democracy in South Africa, the party must examine and reform its internal culture and attitudes in order to remain relevant.

Further reading about South Africa on FactsandOpinions:
Web site of the Public Protector of South Africa
A selection of original reports, essays, videos, a poem and recommended other readings about Nelson Mandela on Facts and Opinions
Private prison operator accused of using drugs and electric shocks, by Ruth Hopkins
What has gone so horribly wrong with South Africa’s police? by Ruth Hopkins

SPREAD THE WORD: To tell others about this column, please click here and “share” this Frontlines notice.

Independent, non-partisan and employee-owned, F&O performs journalism for citizens, funded entirely by readers who buy a subscription or a $1 site day pass. We do not carry advertising or solicit donations from non-journalism foundations or causes.