History still waits for the Fat Lady to sing 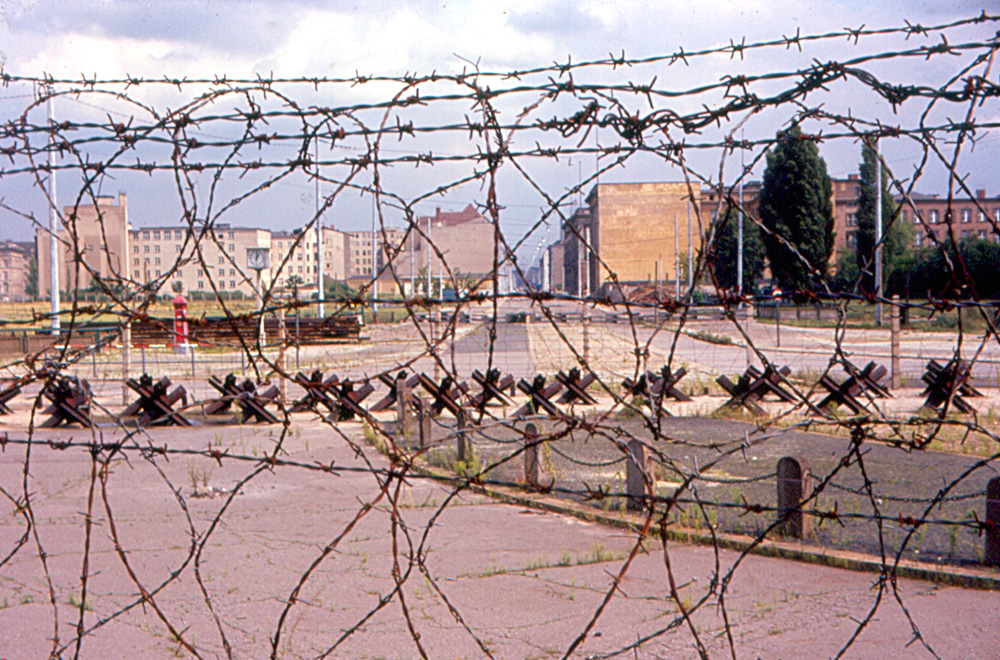 Two images of Berlin’s Potsdamer Platz created almost 50 years apart illustrate the changing circumstances endured and experienced by the people  of a great European metropolis. The image above shows the square  in 1963, destroyed by Second World War air raids and Battle of Berlin artillery duels and divided by Cold War enmity. The image below shows the square last month. 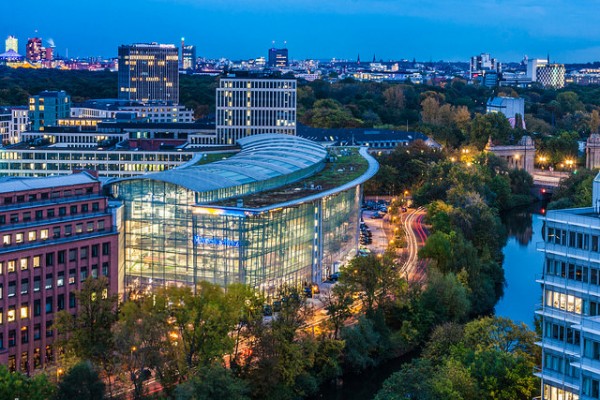 The world would be a different place if Francis Fukuyama had been right in the essay he wrote, shortly before the demolition of the Berlin Wall 25 years ago this weekend, arguing that the Soviet Union  collapse was indeed “the end of history.”

“What we may be witnessing,” wrote the Stanford University political scientist, “is not just the end of the Cold War, or the passing of a particular period of post-war history, but the end of history as such: that is, the end point of mankind’s ideological evolution and the universalization of Western liberal democracy as the final form of human government.”

That was a bold prediction to say the least, and Fukuyama has had to suffer a quarter century of guffaws over what appears to be one of the major misjudgements of modern times.

After all, since November 8, 1989, when the Berlin Wall came down, the world has seen an endless string of small wars, the pyrotechnics of fundamentalist Islam that is scorching the earth from Mindanao to Algeria and shows no signs of burning out, and the puzzling ineptitude and stagnation of liberal capitalism in Europe and North America.

Meanwhile, some of the most successful and motivated countries appear to be those with the least interest in adopting Fukuyama’s liberal democracy as the finest expression of human political dispensation. The Arab Spring has been a colossal failure. The most fortunate Middle Eastern countries caught up in that visceral outpouring of hope are those that have returned to authoritarian rule. Most of the rest are enmeshed in civic conflicts of varying levels of bloodiness.

In the heart of the Soviet Union, Russia, President Vladimir Putin has steadily marched the country back from the chaotic democracy that followed the collapse of the Berlin Wall and instituted a brand of personal authoritarian rule of which Stalin would approve. At the same time, Putin clings doggedly to the remnants of the Soviet empire, buttressed by a string of cunningly created buffer enclaves across the Caucasus, Georgia on the Black Sea and now eastern Ukraine.

The biggest rebuff to Fukuyama, of course, is China. As China steams steadily towards becoming the world’s largest economy – in size if not sophistication – it has dismissed all predictions that the rise of a Chinese middle class would inevitably usher in political reform and democracy.

Far from it. China’s new President and Communist Party leader Xi Jinping is a fervent authoritarian. He has gathered more personal power into his hands than any other Chinese leader since Mao Zedong, and is engaged in the kind of suppression of dissent and freedom of expression the country has not seen for decades. His vision for China is a nation driven by authoritarian capitalism at home, and imperial diplomatic and military might abroad. His objective is to forcefully remind neighbouring countries of the vassal status they held during the centuries of China’s imperial dominance.

Nowhere on Xi’s agenda for China is there liberal democracy or anything other than one-party rule. Xi has made clear in several public speeches that his idea of political reform is a more efficient and capable Communist Party.

To Fukuyama’s credit, he recently picked up the gauntlet he himself threw down 25 years ago. He recently wrote a compelling essay in “Foreign Affairs” journal on the structural problems in the United States, the dominant liberal democracy, that are making the American political system increasingly dysfunctional and dragging the country down. The control of both the Senate and the House achieved by the Republicans in this week’s mid-term elections is likely to exacerbate that gridlock. Fukuyama thinks the way to rejuvenate America’s political administration is to discard its outdated and ill-constructed presidential system, and adopt parliamentary democracy. He is probably right, but it is almost impossible to visualize how the U.S. would get there from here.

But there are two major reasons not to dismiss out of hand what Fukuyama wrote 25 years ago. One is that the game is not yet over. Putin, Xi and the despots of the Middle East along with the vile jihadis they finance may be just a passing phase: a last hurrah by dying dynasties.

Putin is a one-man show and as much as he has manipulated the system so he can last forever, that is not going to happen. Whoever takes over from Putin is unlikely to have the master’s adamantine personality and capacity for ruthless preservation of personal power. Equally, China is not as stable as it seems and its economic supremacy is not assured. There are hundreds of outbreaks of unrest every day by ordinary Chinese who have been cheated or otherwise abused by local Communist Party officials and their corrupt partners. The party has been very successful thus far in destroying at birth any movement that might provide a national focus for this unrest. But one misstep by the party could be fatal.

The second reason not to dismiss Fukuyama’s “end of history” analysis is that by and large the independent countries that emerged from the collapsed Soviet Union are doing pretty well. There have been ups and downs, of course. The early years after 1989 were very painful for many of these liberated states. And by and large economic, “quality of life” advances have been more sustained than political reforms, where there is backsliding in some countries

They have also suffered from the perception that they are not doing as well as they are. Since the 2008 global economic crisis, the strong economic performance of the old East Bloc countries that have joined the European Union (EU) has tended to be submerged beneath worries about the longevity of the common currency eurozone, and the tottering towards collapse of older EU members like Greece, Italy, Portugal and Spain. As for the old Soviet republics of Central Asia, the “Stans,” few in the West pay much attention to them or have much idea what is going on there.

The realignment of the economies of the post-communist countries of Eastern Europe after 1989 was very rapid. From economies dominated by state-owned heavy industries and especially armaments production that represented up to 25 per cent of gross domestic product, the post-communist countries now have private sector enterprises that represent 70 per cent of their economies. Newly independent countries like Poland, the Czech Republic, Slovakia, Romania, Bulgaria, Hungary and the eastern portion of united Germany also swiftly changed the focus of their trade from Russia to the European Union. Data gathered by Harvard’s economics professor Andrei Shleiffer and University of California police science professor Daniel Treisman shows that from 1990 to 2011, household consumption in the post-communist countries rose by 88 per cent, compared with an average increase of 55 per cent elsewhere in the world. 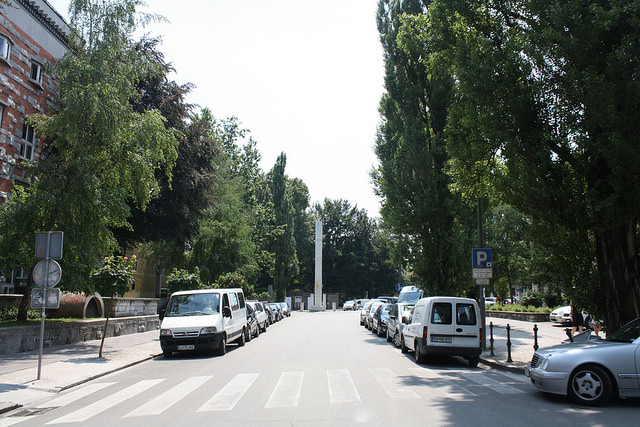 A typical street in Ljubljana, the capital of Slovenia. Like other communist countries Poland and Lithuania, Slovenia now has more cars per person than in Britain.         Photo by Craig Toocheck via Flickr, Creative Commons

Like it or not, one of the measures of economic vitality in developing countries is the percentage of private car ownership. Between 1993 and 2011, the average number of passenger cars in the old East Bloc countries rose from one for every 10 people to one for every four. There are now more cars per person in Poland, Slovenia and Lithuania than in Britain.

Shleiffer and Treisman report that by 2013, the rate of cell phone subscriptions in eastern Europe was 1.24 per person, well ahead of those in the West. The post-communist countries now have 54 per cent of their populations using the Internet, a higher level than any other region except North America and western Europe.

The quality of life has improved in numerous ways. More eastern Europeans have larger homes and more own them than was ever envisaged during the communist years. In some post-communist countries the percentage of home ownership is among the highest in the world. Diet has improved dramatically with the availability of affordable fruit and vegetables. Contrary to the myths, alcohol consumption is down significantly. Even Russians drink less alcohol than the French, Germans, Austrians or Irish. The 11 former communist states that have joined the EU have cut their air polluting emissions by 66 per cent on average between 1991 and 2012.

One result is that life expectancy in the post-communist states has risen from 69 years in 1990 to 73 years in 2012. Even in Russia life expectancy is now 70 years, the highest it has ever been since records have been kept.

Under the EU’s tutelage, political reform has been just as dramatic. In some countries democracy has swiftly taken root and become firmly established. Poland is the outstanding example. In others, embedding principles of representative and accountable government, and the notion of the loyal opposition into local culture is proving more difficult. Surprisingly, given its history of keeping Moscow at bay during the Soviet decades, Hungary is the major backslider. Prime Minister Viktor Orban and his right wing Fidesz party have launched crackdowns on the media and civil society organizations while also fanning intense nationalism. At the same time the openly fascist and anti-Semitic Jobbik party has become Hungary’s main opposition.

The course of Hungarian politics has prompted the EU leaders to threaten penalties of one sort or another and even suspension of Budapest’s membership. Elsewhere, such as in the Czech Republic and Poland, there are problems over media ownership and control. In Romania and Bulgaria corruption among government officials, a politicized judicial system and backroom influence employed by corporate oligarchs hinder progress.

But despite the glitches, all these countries are on a far more hopeful and positive track than they ever were as part of the Soviet Union. And although Fukuyama may have been overly optimistic in 1989, the game is not yet over. The Fat Lady hasn’t sung yet.