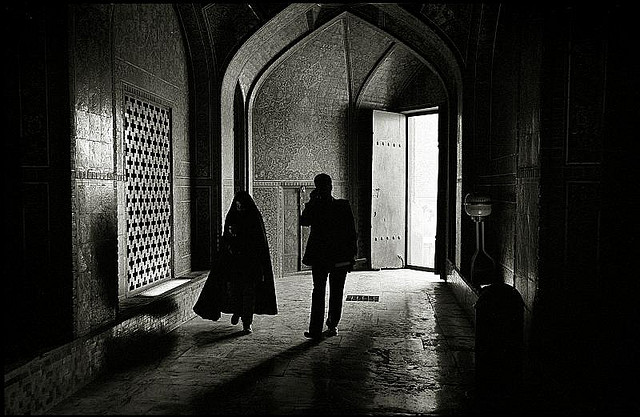 With a deal on Iran’s nuclear program in the offing, hardline opponents in Washington and Tehran are sharpening their teeth and honing their claws to a razor’s edge.

In both capitals, the deal — nearly 20 years in the making — faces being derailed by intransigent political ideologues with little long-term vision.

But, as American and Iran negotiators have implicitly recognized as they have brushed through deadline after deadline in order to achieve a deal, the price of junking an agreement will be much heavier than pursuing an accord, even if it has flaws.

The potential benefits of a functional agreement between Iran and the U.S. are profound. Washington is negotiating in concert with the members of the so-called P5+1 group made up of the four other members of the United Nations Security Council — China, Russia, Britain and France – plus Germany.

Iran has been an international rogue state since the 1979 revolution that ousted the Shah and introduced a fundamentalist theocracy based on the Shia sect of Islam. The deal on regulating Tehran’s nuclear program will trigger the lifting of international financial sanctions, in place since the mid-1990s, that have crippled Iran’s economy.

Economic revival will enhance the stature and influence of President Hassan Rouhani. He has shown a desire to loosen the domination of the religious establishment on Iranian political and public life, and to give greater sway to the country’s already well-established democratic institutions.

In short, the nuclear deal could open the door to political and social transformation in Iran, a shift for which very many of Iran’s 80 million people are ready.

But unless there is a credible agreement to have Iran’s nuclear development program monitored by the UN’s International Atomic Energy Agency (IAEA), and strong verification measures in place, no one will believe Tehran is not secretly manufacturing nuclear weapons.

Israel feels particularly vulnerable because of violent, anti-Israeli statements by Iranian leaders. The government of Prime Minister Benjamin Netanyahu has only been dissuaded from already bombing Iran’s nuclear development sites by the pointed advice of its own generals that military action is ultimately pointless. Bombing could only delay, not stop an Iranian bomb development program. But Netanyahu might well decide to ignore his generals’ advice. It would be in character.

Saudi Arabia, which glories in its guardianship of the most holy Muslim religious sites, cherishes its leadership of the Sunni faction of Islam, and fears Iran as a potent rival for the championship of Islam, is already making what looks like frantic efforts to acquire nuclear weapons if need be. The new Saudi king, Salman, and his defence minister son, Prince Mohammad, are showing a passion for military adventurism that only adds to the usual tumult of Middle Eastern affairs.

Opposition to the deal in Washington will be loud and furious, but ultimately manageable. In May, both Republicans and Democrats voted for legislation requiring congressional review of the deal. During that review period, which could be as much as 60 days, President Barack Obama will not be able to lift sanctions against Iran. That will be a major irritant in Tehran, but not a deal-breaker. And it is highly unlikely that the Republicans will be able to muster enough votes to override a veto by President Barack Obama, if that proves necessary to save the agreement.

Much of the Republican opposition stems from the irrational detestation on the right wing of the party for anything and everything that Obama does. But some opposition in both parties comes from support for Israel. In May, Netanyahu gave a speech in Congress pleading with legislators to block the deal, and anything an Israeli Prime Minister says has influence with U.S. politicians, especially those with substantial groups of Jewish voters in their constituencies.

It is in Iran, however, that selling the deal will be more fraught and uncertain. And it is also in Iran that the deal may shift the balance of power, and have a profound effect on who runs the country and how.

Since the 1979 revolution Iranian political and public life have been dominated and overseen by senior religious leaders, the ayatollahs. At the top is the Supreme Leader, currently Ayatollah Ali Khamenei. Khamenei’s authority is massive. He also controls Iran’s foreign and nuclear policies.

In practical political terms, Khamenei’s most important power is control over the Islamic Revolutionary Guards Corps (IRGC). The 125,000-strong IRGC is not only Iran’s most potent military force, it has ultimate responsibility for internal security and is the sharp edge of Iran’s foreign policy. IRGC officers and units are heavily involved in the fighting in Syria and Iraq against the Islamic State group (ISG), and are also backing Shi’ite Huthy rebels, who now control most of Yemen.

While Iran has been under strict international sanctions because of its refusal to come clean about its nuclear development program or agree to international inspection and regulation, the IRGC has also acquired a vast business empire. The Revolutionary Guards may have much to lose in money and influence if the nuclear deal with the P5+1 comes to fruition.

And the IRGC’s boss, Khamenei is not a dictator or autocrat. His power is circumscribed in several ways. The Supreme Leader is appointed and, more significantly, can be removed by the 88-member Assembly of Experts, a body of theologians who are directly elected by Iranian voters for eight-year terms.

Then there is the 12-member Guardian Council of the Constitution. Six of the Council’s members are Islamic scholars selected by Supreme Leader Khamenei and the other half dozen are jurists chosen by parliament, the Majlis. The Guardian Council vets election candidates for their religious probity, and has a history of banning reformists. It also has a veto over legislation passed by the Majlis.

These institutions not only restrain Supreme Leader Khameni, but also President Rouhani and his administration. Unlike the other centres of power in Iran, however, Rouhani has political legitimacy. He was directly elected in 2013 on a platform of restoring the economy, and improving international relations by seeking a deal over Iran’s nuclear program, and addressing the country’s appalling human rights record.

Rouhani has a long history as a parliamentarian and diplomat. He is seen as a “moderate,” which is often camouflage for avoiding the difficult word “reformer.” Indeed, his first couple of years in office have seen some significant reforms, improving women’s rights and expanding access to information.

However, Rouhani is also close to Supreme Leader Khamenei, who has trod a very careful line in everything he has said while the negotiations have been going on with the P5+1. On one hand, Khamenei has given unwavering support to Rouhani and the negotiations, which the Supreme Leader sees as the only available route for the lifting of sanctions and thus ensuring domestic social stability. On the other hand, Khamenei has occasionally given loud warnings about “red lines” over which the talks will stumble and fall in his view. One such was a recent statement saying Iran cannot allow its military sites to be open to IAEA nuclear inspectors.

Most of this and other hardline statements by Khamenei appear to be aimed at placating the Republican Guard and its generals, led by Commander Ali Jafari. Quite apart from its massive financial stake in Iran’s current economy, the IRGC, like many similar military units in other countries, sees itself as the last-ditch defender of the sanctity of the state. IRGC generals fear that abandoning the country’s nuclear weapons option will make it vulnerable to not only radical reformists within Iran, but also to attack from the U.S., Israel, Saudi Arabia or all three. There is little doubt that if the nuclear deal with the P5+1 is seen as seriously threatening Iran’s security, the IRGC would consider it is its duty to intervene.

So far, Rouhani has played a deft game to calm the fears of both the IGRC and Khamenei. He has kept radical reformists out of his government and he has been temperate in the reforms he has undertaken. Rouhani has also supported the regional security policies being pursued by the Revolutionary Guards. These include support for the besieged Shi’ite regime of Syrian President Bashar Assad. The rebels, both secularists and jihadi radicals such as the Islamic State group, are from the Sunni Islamic sect, and are supported by fellow Sunnis in Saudi Arabia and some of the Gulf States. In response, the Revolutionary Guards have sent advisers to aid not only the Assad regime, but also to the Shi’ite-dominated government of Iraq. The IGRC has also mustered its proxies in Lebanon, the Hezbollah militias, to cross the border into Syria and fight alongside Assad’s forces.

An interesting, and perhaps in the long term, highly important facet of these conflicts is that the Republican Guards and the American-led air force intervention (which includes Canadian CF-18 fighter-bombers and JTF2 special forces spotters on the ground) against the Islamic State group are fighting on the same side. There is a dense cloak of official secrecy over what sort of operations communication and co-ordination is going on between the Revolutionary Guards and the U.S. forces. However, staff officers I have talked to say it is inconceivable that there is not at the very least communication through a third party about pending operations in regions where both are deployed. Without that, the risk of death by “friendly fire” or other “collateral damage” is too great. More likely, say experienced senior officers, is that there is direct contact.

Now, familiarity can breed contempt. But there is just as good a chance that what amounts to joint operations by U.S. forces and the Revolutionary Guards are a confidence-building process that will help ease Iran’s transition.

In Iran, nuclear deal and social reform are intertwined, by Jonathan Manthorpe, April, 2014

Deja glasnost all over again, by Tom Regan, April, 2015