Flight Out of Ethiopia 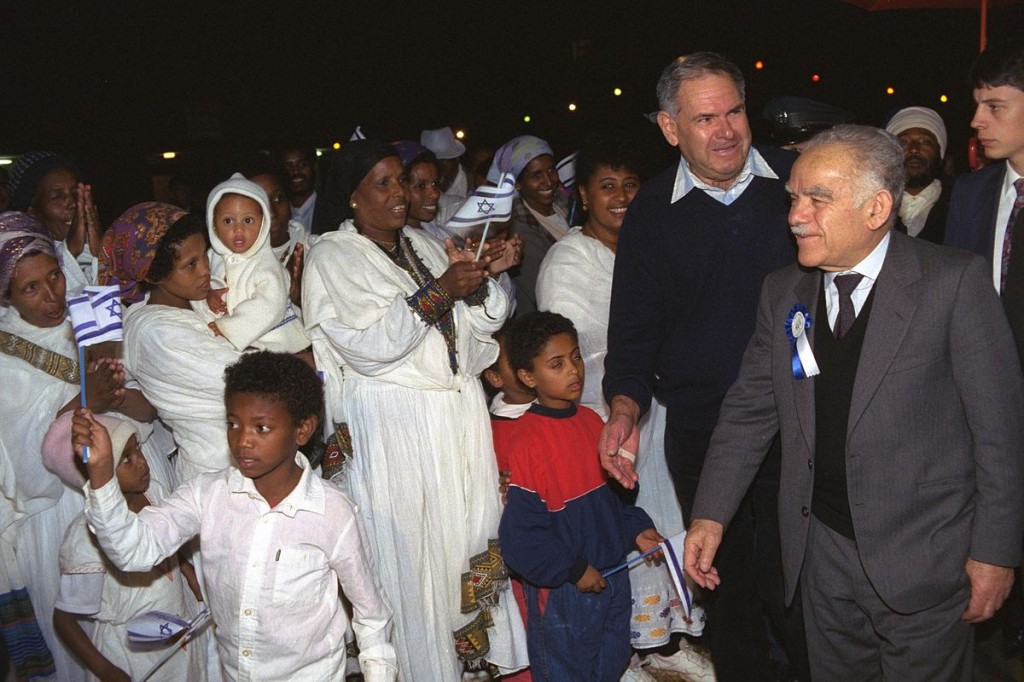 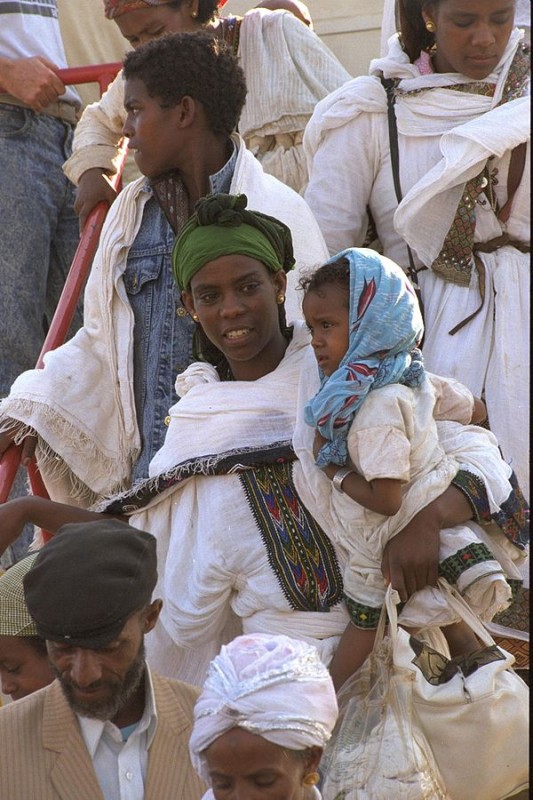 This week’s riots by thousands of Ethiopian Jews in Jerusalem and Tel Aviv mark the latest episode in a drama that stretches back well over 3,000 years.

The Ethiopians were protesting what they see as systemic racism by Israeli society against their community of about 130,000 people. The spark for the violent protests was a video posted on social media of two policemen beating a young Israeli-Ethiopian soldier, Demas Fikadey, who did not promptly respond to their order to move away from an area they were clearing.

The riots broke out 24 years almost to the day after one of the most extraordinarily successful rescue missions in modern history. In just 36 hours on May 24 and 25, 1991, Israel used a shuttle service of three dozen planes to evacuate over 14,000 Ethiopian Jews from Addis Abada as rebels closed in on the capital to oust the crumbling regime of military dictator Mengistu Haile Mariam. The code name for the airlift of the Ethiopian Jews was Operation Solomon.

When I flew into Addis Ababa 48 hours later on a clandestine flight from Kenya with my friend and colleague, Bertil Rommilson of Swedish National Radio, the airport on the outskirts of the city was in rebel hands. There was no sign of the drama that had played out there two days before. Indeed, there was no one around at all except one rebel guard at the main gate. Bertil and I put on our backpacks, and walked out to the main road where we hitched a lift to the front line on a rebel gun truck.

On May 28, the day after Bertil and I arrived, the rebels of the Ethiopian People’s Revolutionary Democratic Front (EPRDF) stormed the old imperial palace in the centre of Addis Ababa, where the remnants of the regime was holding out. Thus ended a civil war which started in 1974.

For the Ethiopian Jews the flight to Israel was not the end of their troubles, however. They have been singularly unsuccessful in assimilating into Israeli society. The first generation of Ethiopian immigrants, known as Beta Israel, was hobbled by neither reading nor writing Hebrew, and lacking the education and useful skills that, for example, gave a significant leg up to the Russian Jewish immigrants who were arriving at about the same time.

But even though, 24 years later, most of the contemporary Ethiopian community was born in Israel, their disabilities continue. A recent analysis said that about 65 per cent of adult Ethiopian Jews are unemployed and that when they do find work, they earn up to 40 per cent less than Arab Israeli citizens. Arab Israelis, of course, are themselves held by many to be underprivileged and the targets of employment discrimination.

Among young, Israeli-born Beta Israel the level of educational achievement is markedly lower than the national average, and delinquency or criminal activity is three times higher than in the rest of youth society. Successive Israeli governments have attempted to eradicate this social stain by creating many programs to boost the prospects for the Ethiopian Jews. But in the view of the Beta Israel, they remain the objects of racism and prejudice by the majority of Israeli society. A survey in 2005 found that 43 per cent of Israelis would not marry an Ethiopian and several private schools had government funding support withdrawn after they refused to accept Ethiopian students.

There are even continuing doubts among many Israelis whether the Ethiopians are actually Jews. That question was meant to have been resolved in 1973 when Rabbi Ovadia Yosef, then the Chief Rabbi of the Sephardic Jews, hailing from the Middle East, North Africa and Spain, ruled that the Beta Israel are indeed Jews and entitled to live in Israel. He was later joined in this judgement by Rabbi Shlomo Goren, the Chief Rabbi of the Ashkenazai Jews from Europe. Even so, the early Ethiopian arrivals were required to undergo a ritual baptism and the men a symbolic “recircumcision” in order to try to dispel any lingering questions about their Jewishness. But who the Beta Israel are and how they came to be in Ethiopia are questions surrounded by so much mystery and speculation that many Israelis remain unconvinced.

The oldest story is that when Moses led the Jews out of slavery in Egypt around 1,500 BC one branch, from the tribe of Dan – one of the Ten Lost Tribes of Israel — headed south into what is now Sudan and then on into Ethiopia.

Perhaps the most romantic story is a written and oral tradition among Ethiopian Jews which puts the trek a little later. It says the Ethiopian Jews are the fruits of a love affair 3,000 years ago between the Jewish King Solomon and Makeda, the visiting Queen of Sheba in what is now Ethiopia. The story is that they had a son, Menelik, who was accompanied by Jews to his mother’s lands when he returned to carve out the first Ethiopian kingdom. The records, however, give no compelling reason to think Solomon and Makeda had either a love affair or a son.

At any rate, there is evidence of the Ethiopian Jews coming from an ancient migration because they do not mark or have traditional knowledge of the Jewish celebration of Hanukkah, which is held to commemorate the rededication of the rebuilt Temple in Jerusalem in 200 BC.

Other speculations are less clear-cut. And as history is usually a muddle, these stories are probably far more accurate. These traditions speak of successive waves of Jewish migrants from southern Egypt and from Yemen, across the Red Sea from Ethiopia.

Nowadays DNA studies are expected to provide clear answers to historic questions about the migrations of peoples. But in the case of the Ethiopian Jews, DNA testing has not proved conclusive. The first study, in 1999, found no evidence of links back to the Levant – the eastern Mediterranean coast including modern Lebanon, Syria, Israel and the Palestinian territory. The study concluded the DNA profile of the Beta Israel was consistent with people hailing exclusively from Ethiopia. Further tests in the early 2000s found links to East African peoples and one found a tie to some Jews from Yemen. Other tests tended to confirm the first DNA study that the Beta Israel are entirely of Ethiopian origin. But in 2012 yet another DNA study found faint traces of Jewish ancestry dating back over 2,000 years. This suggests a migration of perhaps only a few Jews, who intermarried with local Ethiopians and converted them to Judaism.

Jewish scholars in Europe and the Middle East have known about the Ethiopian Jews for hundreds of years. And many Ethiopian Jews have hankered after the homeland of some of their ancestors for a long time too. 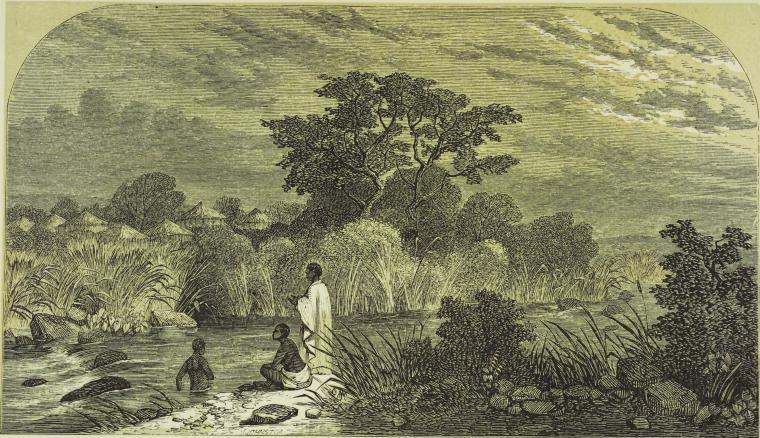 The Beta Israel village of Balankab, from H. A. Stern, Wanderings Among the Falashas in Abyssinia, 1862 Image via Wikipedia

The first wave of emigration to what was then the British mandated territory of Palestine by Beta Israel came in 1934. This was in response to the bellicose threats of Italian dictator Benito Mussolini. He showed clear ambitions to use the Italian colony of Eritrea as a staging post to invade neighbouring Ethiopia, then known as Abyssinia, which he did in 1935.

The second wave came in the 1960s and early 1970s after the founding of the state of Israel. These were not large immigrations. They were mostly by educated Ethiopian Jews who went to Israel to further their studies, or who went on holiday, and decided to stay. It was this immigration that propelled the rabbinical examination of whether or not these people were real Jews.

With the intensification in the 1980s of the civil war in northern Ethiopia, the region where most of the Jews lived, and a resulting famine, refugees began crossing the border into Sudan. Among them were thousands of Beta Israel, and the Israeli intelligence agency, Mossad, as well as non-governmental organizations in Israel, began to investigate what could be done. In late 1984 and early 1985 the first mass evacuation took place in which about 7,000 Ethiopian Jewish refugees were flown from the refugee camps to Europe and then to Israel. It was known as Operation Moses.

When, in late 1990, it became evident that the Mengistu regime in Addis Ababa could not hold out much longer against the advancing armies of the EPRDF, Mossad began updating its plans for an evacuation. In this it received great help from then United States President George H.W. Bush and his officials, especially Assistant Secretary of State for African Affairs, Hank Cohen, who was acting as mediator between the EPRDF and the Mengistu junta. Also crucial was Robert Houdek, the Chargé d’Affaires in the U.S. embassy in Addis Ababa. In the gathering chaos of the looming climax of the civil war they managed to get Mengistu’s agreement to let the Ethiopian Jews go. And when, on May 22 1991, Mengistu fled to Zimbabwe, his successor acting President Tesfaye Gebre-Kidan was persuaded to also allow the airlift.

There was an essential broader context, however, and one of which, standing there on the frontline in Addis Ababa, I was not aware at the time. The American officials had got both the junta and the EPRDF to agree to an almost bloodless end to the civil war. The rebels were clearly going to win, so why not let them take the capital with minimum destruction and loss of life, went the successful American argument.

The EPRDF, led by Meles Zinawi, who later became Ethiopia’s President, clearly trusted the American officials. On May 24 and 25 the rebels paused their march on the capital to allow the evacuation of the Ethiopian Jews. This was an extraordinary accomplishment and carried out in total secrecy until it was over. It took place on the Jewish Sabbath, the Saturday day of rest when no work should be done and travel is frowned on unless in an emergency, because that meant that most of Israel’s airline fleet was available.

The Ethiopian Jews were gathered in neatly organized groups at Addis Ababa airport. Over 36 hours, the 35 planes arrived in a constant stream, were loaded with the refugees and left for Israel. In several of the planes the seats were either taken out or the arm rests lodged up to maximize the number of people who could be transported. One Boeing 747 of the El Al airline had 1,122 passengers, still the most people ever carried on a single flight.

Five babies were born on the planes during the airlift.

Video: CNN report on May 4, with footage of  the police beating and riots.