Crumbling of the BRICs 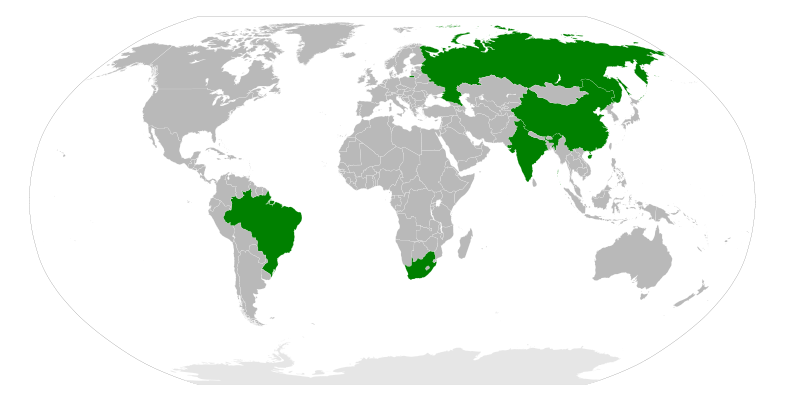 There is probably little hope that when Terence James “Jim” O’Neill heard the news on Tuesday he buried his head under a pillow and groaned with embarrassment.

But perhaps he should have done.

It was O’Neill, who as head of Goldman Sachs’ global economics research in 2001, coined the term BRICs, by which he envisaged that the developing economies of Brazil, Russia, India and China would soon overtake the economic power of the seven top industrialized nations.

It was a charming thought that has captivated trade and economic discussion and debate for the last 13 years. But looking at the BRICS today  — the S of South Africa was added in 2010, apparently for reasons of inclusiveness rather than economic muscle – O’Neill’s prophesy looks at best overly-optimistic and at worst, out of reach.

The news on Tuesday that ought to have made O’Neill redden with shame was that James Coates, vice-president of the International Olympic Committee, said Brazils preparations for the 2016 games in Rio de Janeiro are “the worst I have experienced.” 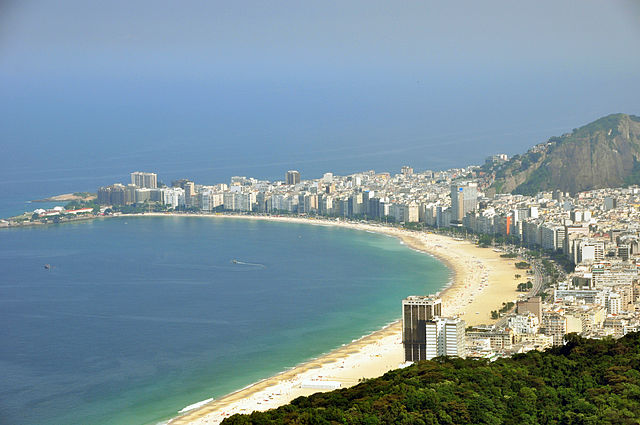 Construction and other preparations for the games are months, and in some cases, years behind schedule. The IOC is taking the unusual step of, essentially, putting the Brazilian organizers under adult supervision by forming a special task force of international experts who will be embedded with the local planning teams.

Coates’ public condemnation of the Brazilian organizers is almost unprecedented. The IOC usually goes to great lengths to keep its dirty laundry hidden. However, it is part of a pattern and comes only weeks after Jerome Valcke, the secretary general of the Fédération Internationale de Football Association, the global governing body of soccer, said Brazil is far from ready to host the World Cup in June.
Construction of two stadiums is nowhere near complete and there will probably not be enough hotels for visitors, said Valcke. Then there’s the problem of endemic crime and violence in Brazil.

Brazil’s uncertain debut on the world stage with these major sporting events might be disregarded were they not symptomatic of deep-seated problems in the country’s economy and administration. It is a country with a young population, huge treasure houses of national resources, and enormous potential. But, so far, successive governments have failed to grasp their role as facilitators by providing the framework for development and social advancement.

Elsewhere on the BRIC map, the picture is equally uninviting. Russia, blessed with abundant resources and a population with a track record of innovation and inventiveness, has become a thug state.  It lives off the proceeds of its natural gas and oil reserves, and little else, and these money machines are controlled by President Vladimir Putin’s court of semi-housetrained oligarchs.

With his campaigns to destabilize governments in Ukraine, Moldova and other former East Bloc countries, Putin seems more concerned with a fanciful recreation of the Russian empire than with the hard graft of building a broad-based and sustainable economy.

For a decade India has languished under the palsied leadership of Prime Minister Manmohan Singh. A highly qualified economist, Singh was a fine Finance Minister in the 1990s when he pursued a well-founded program of much-needed economic reform. But since Singh became Prime Minister in 2004 it has become clear his past success depended on the deft and energetic leadership of then Prime Minister Narasimha Rao. By himself, Singh has not displayed the political skills, or even a basic interest in the job, to cajole India’s famously quarrelsome and chaotic political classes to follow the reform script.

Now, with a general election underway and the results due to be published on May 16, it seems Indian voters are set to abandon Singh’s Congress Party and to elect a coalition government led by the enigmatic Narendra Modi of the Hindu nationalist Bharatiya Janata Party (BJP).

Modi’s attraction is that he has an impressive economic record as the Chief Minister of Gujarat state. But much controversy surrounds his religious and racial nationalism. There has never been a full accounting of his role in the 2002 riots between Hindus and Muslims in Gujarat in which over 3,000 people were killed, but suspicions persist that, at the very least, Modi failed to contain the Hindu mobs.

Modi is also a member of Rashtriya Swayamsevak Sangh, a right-wing Hindu paramilitary group whose founders in the 1930s openly admired Adolf Hitler and the German Nazi Party. Previous BJP governments have recognized that in multi-ethnic and multi-faith India – it has the world’s third largest Muslim population after Indonesia and Pakistan – administrations have to moderate sectarian loyalties to survive.

Optimists hope Modi has learned that lesson and that he can address the country’s chronic problems of bureaucratic minefields, dilapidated or non-existent infrastructure, unacceptable disparities between urban and rural life, and the criminal waste of the country’s human resources.

China has achieved levels of economic and social development in the last 30 years that have hypnotized otherwise sensible people. But it is now approaching a crisis point where it can no longer avoid confronting the essential contradiction between trying to sustain economic growth while maintaining the one-party state atop a stunted political and legal system.

Newly appointed President and Communist Party boss Xi Jinping is clearly a man of energy and authority, who seems to see clearly the next stage of economic liberalization China must address if it is to continue growing. Xi, however, remains dead set against political reform and determined to keep the Communist Party’s monopoly on power. There are already signs that the vested interests around the party are successfully diluting the reform program, and Xi has made many enemies by launching a vigorous anti-corruption campaign. Meanwhile, Xi has gathered to himself more personal power than any Chinese leader since Mao Zedong.

The implications of Xi’s grabbing of personal power and the desire for revenge among those he has stepped on in the process will be significant and, perhaps, decisive for China’s progress. Already very many wealthy Chinese and senior officials are showing their hesitant confidence in the future of Communist Party rule by getting hundreds of billions of dollars of their money, and often themselves, out of the country.

Former French President Gen. Charles de Gaulle once said of Brazil that it “is a country of enormous potential – and always will be.” The way things look at the moment, the same could be said of all the BRIC countries.