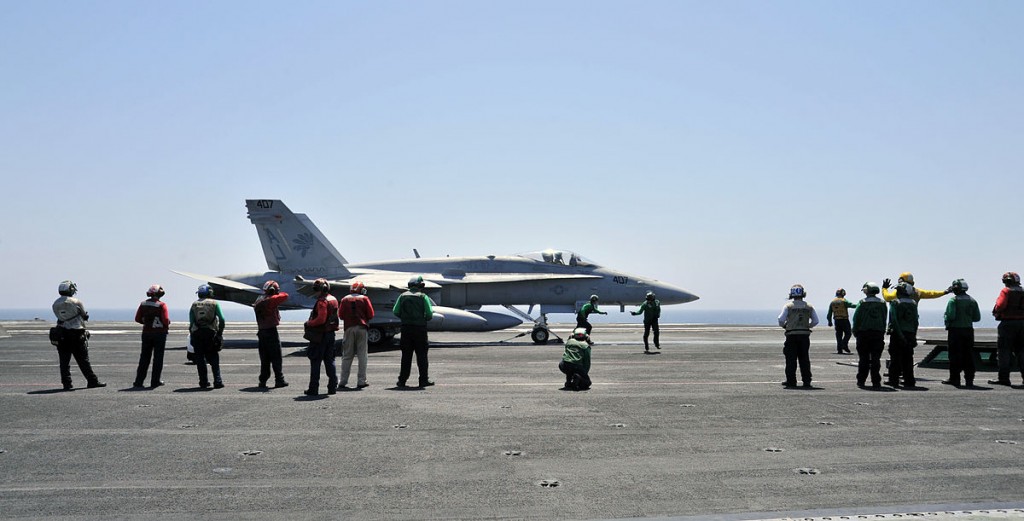 The decision by the Canadian government of Stephen Harper to extend and expand its military mission against ISIS in Iraq is in wilful disregard of the real threat posed by the radical Muslim group and how it can be overcome.

I say “wilful” purposefully, because it is evident that the government’s military and intelligence advisers are offering analysis and options that lead to very different conclusions than those being taken by the Prime Minister Harper and his inner circle.

The rise of the Islamic State of Iraq and al-Sham, known as ISIS, stems from two outside interventions. First and foremost was the knuckleheaded decision by the Washington administration of President George W. Bush to invade Iraq in 2003 and depose Saddam Hussein. The second was western encouragement starting four years ago, led by United States President Barack Obama and with semi-house trained ‘coon hounds like Canada’s former foreign minister John Baird baying assent, for Syria’s Sunni Muslim majority to rise up against the Shiia Muslim regime of President Bashar al-Assad.

In both cases these interventions threw into turmoil the finely balanced but functional relationships between Shiia and Sunni Muslims in Iraq and Syria, both of which claim to be the true voice of Islam. In Iraq in particular, the ouster of Saddam and his minority Sunni regime has given power to the country’s vengeful Shiia majority. The refusal by the American invaders to include Saddam’s military or administrators in the new dispensation created a fearful, but highly skilled group on the sideline. First, Saddam’s veterans became the core of the Sunni insurgency against the American occupation, and after being subdued they have allied with Sunni brethren fighting the Shiia Assad regime in Syria to form ISIS.

Thus, in its perverse and brutal fashion – though its brutality is mainstream by the standards of the Middle East – ISIS is attempting to resolve that turmoil by creating a Sunni homeland free from Shiia predations.

As much as it obviously pains Harper to accept, ISIS is not a terrorist group, though it uses terror tactics as do almost all regimes in the Middle East. ISIS is intent on creating a nation state. It has already gone some way towards that goal with the establishment of an outline administration over a territory in the Iraq-Syria border region larger than the United Kingdom and with a population of eight million. The ISIS capital is in the Syrian city of Raqqa. Its territory stretches from near the coast of the Mediterranean in the west to the approaches to the Iraq capital Baghdad in the east and includes Iraq’s second city, Mosul.

ISIS has created a rudimentary administration in this territory it calls the revival of the ancient Muslim “Caliphate.” It has created civilian administrations and attempts to provide water, power and health care facilities, though these are being disrupted by the U.S.-led bombing of which Canada is a part.

Revenues come largely from the estimated $600,000 a day raised from sales of the oil reserves within ISIS-controlled territory. Output is believed to be only about 20,000 barrels a day, down because of bombing damage from the theoretical capacity of 70,000 barrels a day. Blackmarket customers in Turkey to the north, where regular gas prices at the pumps are double those of Canada, are supplied by clandestine pipelines under the border. And even the Syrian Assad regime, with whom ISIS is at war, is a buyer.

ISIS has about 30,000 fighters and much high-quality weaponry, including heavy tanks and artillery captured from the American-supplied Iraqi army in the early stages of the Islamic group’s expansion. In recent weeks ISIS has been pushed onto the back foot by resolute fighting by Kurdish troops, who blocked the attempt to capture the Syrian city of Kobani bordering Turkey, and by revived Iraqi forces trying to retake the city of Tikrit.

Some other militant Islamic groups such as Boko Haram in Nigeria, and an al-Qaida offshoot in Yemen and al-Shabaab in Somalia, have declared loyalty to ISIS. But all these groups are intensely opportunistic, grabbing money and status wherever it is on offer. If the ISIS drive for the Caliphate stalls, as is now happening, or begins to wither, as seems probable, these fair weather friends will seek more potent patrons.

But it is evident that while ISIS can be depleted by the allied campaign on which Canada is a part, it cannot be defeated. ISIS represents the fear by Sunni Muslims of re-imposed submission to Shiia rule and the desire for communal security. That is not going to go away without a political solution.

ISIS is itself a growth out of a previous group dedicated to the defence of Sunni Muslims in Iraq. If ISIS is destroyed, a similar and perhaps even more fanatical group will spring up until the fundamental issue of cohabitation by fiercely rival communities is resolved.

So bombing ISIS into submission is no answer to the problem. Therefore the rational by the Harper government to not only continue the deployment of CF-18 fighter-bombers and about 100 Canadian special forces in Iraq, but perhaps also to expand operations into Syria, has nothing to do with the reality on the ground.

Canada has no national interest in this corner of the Middle East and ISIS is no credible threat to Canada. The claims that ISIS is intent on terrorist attacks in Canada fail the smell test. The attacks last October that killed two soldiers, one outside Quebec City and the other at the War Memorial in Ottawa, were by known criminals who should not have been at large. The socially dysfunctional couple being tried for plotting to bomb the crowd at the British Columbia Legislature celebrating Canada Day in 2013 were more in need of treatment for substance abuse than the fantasy reinforcement of a police sting operation.

In all three cases the perpetrators attempted to cast themselves as jihadi angels of retribution against supposed western excesses against Islam. But they all come across as sad and hopeless Walter Mittys.

The Harper government’s attempts to inflate these cases and ISIS into real threats against Canada smack of political opportunism. The government’s bill C-51 expanding the powers of the Canadian Security Intelligence Service and other security agencies seems aimed more at instilling fear in the population in advance of this year’s election than it does in addressing any real threats.

But all governments like to try to keep voters worried and off balance. It makes it more easy to point voters at the issues of the government’s choice and to divert them from questions about which the administration feels uneasy.

The Harper government is following this well-worn formula, only with far more alarmist vigour than most.