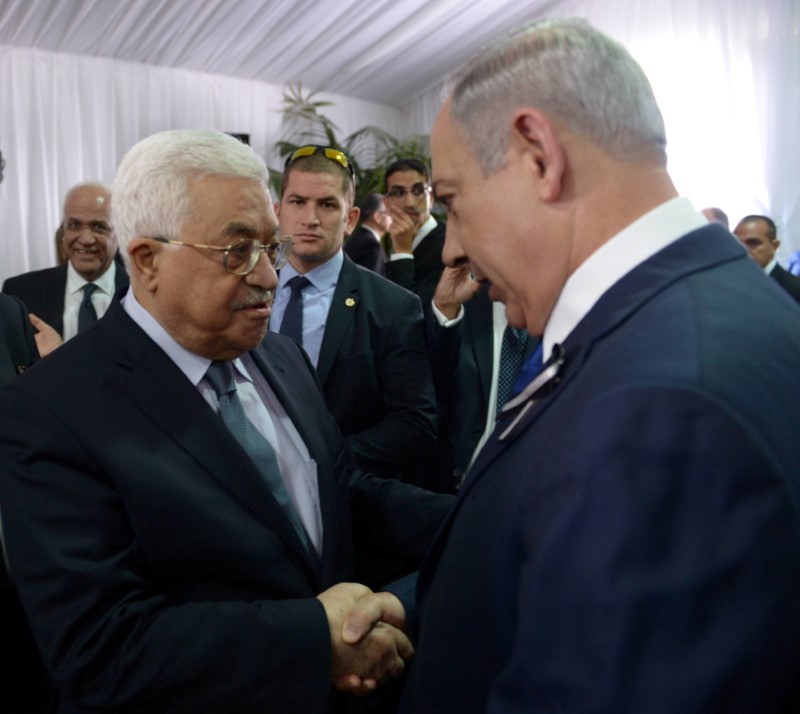 Many of the European countries were supportive both before and immediately after the founding of the state of Israel in 1948. That support, though, grew on a strong sense of shame for the treatment of Jews within Europe for a couple of thousand years, and culminating in the Nazi-led Holocaust. The guilt felt by one party is never a good basis for a relationship.

And lurking behind it is that anti-Semitism continues to lurk in Europe, often camouflaged as opposition to Jewish nationalism –Zionism – or support for Palestinians displaced in the creation of Israel.

The United States took over as the chief foreign patron of Israel in the 1960s, and that relationship remains essential. But Washington’s support for Israel has been tempered by its overall Middle East policy and, until recently, its strategic dependence on oil from Saudi Arabia and the Gulf States. These Arab states are major financial and political supporters of the Palestinians, including Palestinian terrorists.

Also, Washington’s enthusiasm for Israel has often depended on the personal chemistry between the President and the Israeli Prime Minister. President Barack Obama and Prime Minister Benjamin Netanyahu not only disliked each other, their political philosophies had almost no meeting point.

So Netanyahu’s glee at the arrival of the avowedly pro-Israeli Donald Trump in the White House is understandable. However, what is evident from Trump’s visit to Israel this week, as part of his royal progress from Saudi Arabia to the G-7 summit in Sicily, is that support sometimes has a down side.

With an uncouth braggart like Trump, his friendship can be more deadly than his antagonism. First, in Washington, he boasted to visiting Russian officials that he had intelligence information about a plan by the Islamic State group to use bombs concealed in laptop computers to bring down passenger aircraft. Then, in Israel with Netanyahu at his side, Trump denied that he told the Russians the information came from Israel, thus confirming the source.

The Islamic State group has doubtless gone on a hunt for the Israeli spy in its midst, and it was therefore no wonder that Netanyahu looked as though he was about to explode. The British also discovered this week, in the wake of the Manchester bombing and the leaking to the U.S. media of information about the police investigation, that with Trump in the White House, no one’s secrets are safe.

Solid and dependable diplomatic relations with supportive countries are becoming more important than ever for Israel in the face of the growing world-wide Boycott, Divestment and Sanctions (BDS) movement.

The BDS was started in July 2005 by nearly 200 Palestinian non-governmental organizations. The purpose of the campaign is to end Israel’s occupation of the West Bank, Gaza, and the Golan Heights, and to try to force Israel to return that land to Palestinians. To that end, the BDS is focussing on the construction by Israel of illegal – that is the United Nations’ word – settlements, particularly in the West Bank, and what the campaign calls the construction of an apartheid-like domination of the Palestinians by the Israelis.

The BDS organizers call on supporters around the world to boycott Israeli goods, withdraw investments in Israeli companies and to apply sanctions they say are mandated by several UN resolutions. The hope is that economic purgatory will force Israel to retreat in a way that terrorism and military action by the Palestinians and their supporters have failed to do.

Branch organizations promoting BDS have sprung up all over the world, including in Canada, Australia, Norway, Japan, South Korea, the U.S., Germany, Italy, Britain and India.

So far, however, the campaign has had only limited success. Several pension funds have excluded Israeli companies from their portfolios, so have some banks. There have also been some boycotts by various universities and academic organizations of Israeli scholars. But most western governments and individual political parties have refused to get involved in BDS, as have most of the major trades unions in Europe and North America.

One of the few exceptions is Canada’s Green Party, which voted last year to endorse BDS despite the objection of leader Elizabeth May, the party’s only Member of Parliament.

A study by the Rand Corporation in 2015 calculated that if the BDS campaign continued for 10 years, it could damage the Israeli economy to the tune of $US47 billion. While substantial, this would not be a death blow to the Israeli economy or be powerful enough to force the government to retreat from the occupied lands.

Even so, the Israeli government is moving to shore up and expand its diplomatic relations as a hedge against the possible success and expansion of the BDS campaign.

The Netanyahu government’s chosen forum is to expand its arms sales and defence co-operation, especially with Western and Eastern Europe, which accounts for 28 per cent of the nearly $US7 billion-worth of arms and security equipment exported by Israel every year.

According to the Stockholm International Peace Research Institute, Israel is the world’s sixth largest arms manufacturer, and its exports account for 10 per cent of the global arms trade.

China used to be a major market for Israel’s military equipment. But that was shut down by former President George W. Bush, who was upset about the sophistication of the weapons systems and technology Israel was selling to China. Now, India is the single largest customer for Israeli arms.

The Israeli military equipment industry is a natural development for a country that was forged in war and which has lived under a state of siege since its founding in 1948.

Israel decided to build a domestic arms manufacturing industry after the 1967 Six-Day War. Embargoes by former weapons supplies such as France exposed the vulnerability of Israel to political actions by its putative friends.

There was already a sophisticated Israeli small arms industry, and it moved into the production of major weapons systems first by adapting and upgrading other people’s products, such as British and U.S. tanks, or by filching plans. In the 1970s, Israel acquired through Switzerland the plans for French Dassault Mirage III fighter aircraft and started manufacturing its own version under the name Kfir. This aircraft became one of Israel’s first major export successes, including, in the 1980s, to the apartheid regime in South Africa, where the plane was called the Cheetah and faced off against Soviet-made MiG-23s flown by Cuban pilots backing the government forces in the civil war in Angola.

Since then, Israel’s arms industry has gained a global reputation for excellence in a number of niche areas. These include drones – unmanned aerial vehicles (UAVs), avionics systems and flight optics technology, surveillance reconnaissance equipment, military command and control systems, and an array of artillery and missiles.

Many of the weapons and surveillance systems Israeli manufacturers have developed spring from the country’s own pressing needs to secure its borders, and identify and neutralize terrorists.

Thus the streams of refugees heading for Europe in the last couple of years from the wars in the Middle East and impoverishment in north and western Africa have created a market for Israeli high tech goods. That, together with the waves of terrorist attacks across Europe, has spurred demand for Israeli equipment for border security, as well as continuing co-operation to learn from the Israeli experience in managing terrorist threats and such things as civil aviation security.

Immigration of Jews to Israel from Eastern Europe since the collapse of the Soviet Union in 1990 has created a ready link for Israeli arms manufacturers. Ukraine, Lithuania, Belarus and other former Soviet states are all customers for Israeli arms. Poland is Israel’s biggest customer and closest ally among the old East Bloc countries. Warsaw buys Israeli anti-tank missiles and is negotiating to buy $US1.1 billion-worth of UAVs.

Another major customer for Israeli UAVs is Russia itself, perhaps ironically given Moscow’s intervention in the civil war in Israel’s antagonistic neighbouring country, Syria. Despite that intervention, relations between Israel and Moscow are good at the moment, allowing Israel to sell military hardware to areas of Russian national interest such as the Caucasus and Central Asia.

Not surprisingly, the U.S. Department of Defense is not best pleased with Israel. Washington enables the sale of large amounts of U.S. state-of-the-art military gear to Israel and is therefore concerned about Israel’s military sales to Moscow and China. The Department of Defense is also miffed when Israel turns up as a competitor for U.S. business, such as Germany’ recent decision to buy Israeli drones rather than U.S. UAVs.

The overall picture that emerges is of a country that has found ways to survive and thrive in a hostile world. So Trump should not invest too much in his loudmouth promise this week to broker a deal between the Israelis and the Palestinians that would create a lasting peace. In any case, having seen him up close it is unlikely that either the Palestinians or the Israelis would trust Trump to act as a go-between.