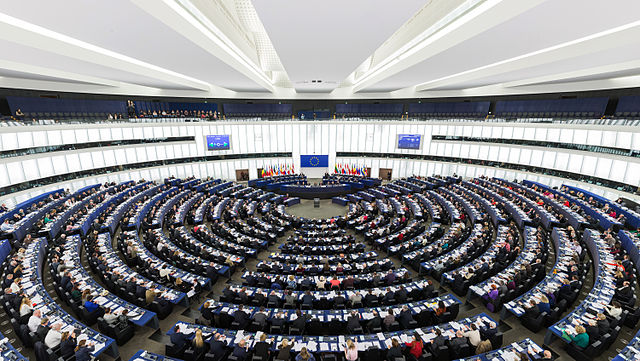 The issues involved in the technical extrication of Britain from the EU break down into four main areas of law, though a myriad of questions must be addressed within each segment, writes Manthorpe. The hemicycle of the European Parliament. Photo: Diliff/Creative Commons/Wikimedia

Day by day it is becoming clearer just how wrenching a process it will be for Britain to leave the European Union (EU).

It is now beyond doubt that Britain is headed for a “hard” Brexit, or “clean” break with the EU, as supporters prefer to call it.

Any fudged response to June’s vote by a majority of Britons to quit the EU — such as continued economic and commercial integration, but with London having greater control of immigration – is not on the cards.

Britain’s Prime Minister, Theresa May, wants a “hard” Brexit. So do most of the leaders of the remaining 27 EU member states and the organization’s ideologues in Brussels, who will control the Brexit negotiations. The EU bureaucrats want to make Britain’s exit as painful as possible so as to deter other potential defectors, and to try to contain the rise of populist political parties in Europe.

This means that it may take as long as 10 years to settle the new political and commercial relationship between Britain and the EU.

In the meantime, many hundreds of thousands of people who have taken advantage of the freedom of movement within the EU to live and work face disruption and uncertainty.

The British economy is showing signs of the slowdown and London’s future as the world’s financial services capital is in doubt.

May took over leadership of the governing Conservative Party in the wake of the political bloodbath – much of it ritual political suicides by ambitious figures like Boris Johnson — following the unexpected vote for Brexit in the June referendum. She wants to focus on her own domestic agenda. But it is inevitable that her administration will be unable to escape the daily grind of the Brexit process.

This is going to be a process of crossing the stream by feeling the riverbed because no country has left the EU before.

The process starts when London invokes Article 50 of the 2007 Lisbon Treaty. May says she will trigger Article 50 by the end of next March.

However, it is not certain she will be able to keep to that timetable, and neither is it entirely clear what will be included in  negotiations when they start. 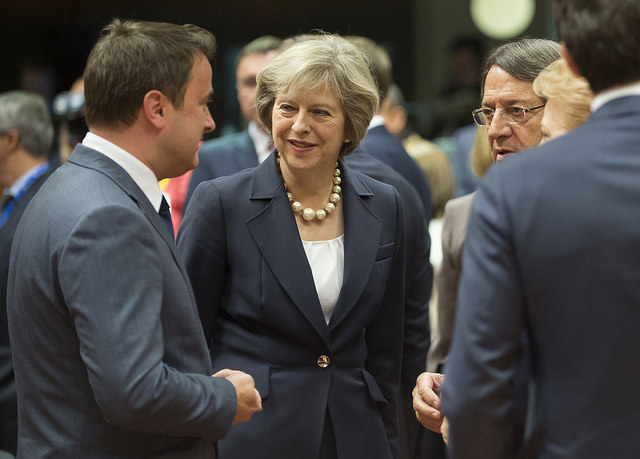 May’s timetable was disrupted by a recent High Court ruling that she could not begin the Brexit process without the backing of parliament. That decision has been appealed to the Supreme Court, which heard submissions early this month. The Supreme Court is likely to give its final verdict on the issue in January. There is broad speculation in Britain, based on the past rulings by the 11 judges, that a majority will support the lower court and insist Parliament must have its say.

Now, a majority of British parliamentarians, unlike a majority of their constituents, favour staying in the EU or, at worst, a “soft” Brexit: retaining close economic ties, but with London having greater control over immigration.

At one point after the referendum there was some hope among the “remain” supporters that parliament might countermand the referendum result, which was only advisory and without legal force. However, most parliamentarians appear to have come round to the recognition that their prime responsibility is to represent the views of the people who elected them. There may be a prolonged debate, especially from members of the Scottish National Party, whose supporters voted overwhelmingly to remain in the EU. But in the end Prime Minister May will get the go ahead to invoke Article 50.

The British negotiators will then face angry and perhaps obstructionist EU officials across the table led by former French foreign minister Michel Barnier. The true believers in the EU project as the only viable future for a united and prosperous Europe were disgusted by the failure of former British Prime Minister David Cameron to mount a decisive campaign in favour of remaining in the organization. They believe Brexit has put the whole EU structure at risk and the cohesion of Europe along with it.

This has become more than a theoretical fear with the election of isolationist Donald Trump to the presidency in the United States. At the same time Russian President Vladimir Putin, with whom Trump appears to have unsettling relations of mutual admiration, is on a roll. Putin’s intervention in the Syrian civil war on behalf of the Damascus regime has given him a dominant position in the Middle East. His annexing of Crimea, the carving out of a de facto Russian enclave in eastern Ukraine, and his implicit threat to absorb ethnic Russian regions of NATO-member Baltic states have revived Russian self-esteem and made EU leaders jittery.

Meanwhile, it is becoming apparent that unravelling Britain’s four decades as an EU member is going to be a massive technical task. EU negotiator Barnier says he believes the negotiations on Britain’s departure can be completed by the end of October 2018, and within the two-year period stipulated in the Lisbon Treaty.

Only after Brexit has been accomplished will the negotiations on Britain’s future relationship with the EU begin, Barnier has said. The talk in London is that the recently concluded Comprehensive Economic and Trade Agreement (CETA) between Brussels and Canada will be the model for Britain and the EU. That agreement took eight years to negotiate, which is why the speculation is that it will be 10 years from now before the new relationship between the EU and Britain is settled.

Supporters of a “soft” Brexit and those who remain opposed to Britain leaving the EU hope that after Article 50 is invoked, the talks will include plans for, essentially, a continued but reformed British membership. Much of this hope rests on support from a majority of members of the European Parliament and its designated Brexit representative, former Belgian Prime Minister Guy Verhofstadt. Verhofstadt will undoubtedly be very vocal in pressing for a “soft” Brexit, but he has no formal role in the negotiations. It will be Barnier and the advocates of a narrow, technical Brexit who will run the show.

The issues involved in the technical extrication of Britain from the EU break down into four main areas of law, though a myriad of questions must be addressed within each segment.

There’s the matter of rights that have been acquired by individuals and institutions during the course of Britain’s membership of the EU. At a personal level, this involves such matters as property rights, contracts and pensions. There are such things as existing contracts between British and EU companies for the provision of goods and services, and the pension rights of Britons who have worked for EU organizations.

There’s the whole quagmire of a transitional legal regime while Britain departs the EU. Legitimate expectations are a legal right, and failure to adequately address such matters as the provision of EU funds pending final authorization will lead to court challenges.

Britain will get a huge bill from the EU once Article 50 is triggered. Estimates range from the equivalent of about $50 billion to as high as about $80 billion – a number the British media is attributing to EU negotiator Barnier. This includes London’s obligations to pay into the EU budget until 2020, outstanding pension payments, and payments associated with loan guarantees.

Finally, there’s the whole field of the transfer of existing responsibilities from the EU to the British government. There’s a host of areas in which, over the years, Brussels has taken over responsibility from Westminster; in a loss of London’s sovereignty that was at the heart of the Brexit vote. The British government must draw up its own regulations governing such things as food quality and pharmaceuticals, competition law, and countless other controls over the details of daily life.

While all this is going on, the leaders of the remaining 27 EU members, now led by the “Big Two,” Germany and France, need to find a new sense of momentum. Brexit is just the latest is a series of crises for the EU, among which the economic turmoil around the euro common currency, and the social and political fallout from the influx of Middle Eastern refugees stand out.

There are anti-EU parties snapping at the gates of power in France and Holland, and populist anti-EU parties are represented in most of the region’s parliaments. Britain and Brexit are the models for these movements, such as Marine Le Pen’s National Front in France, and are even cited by Trump as the same social impetus that propelled him to victory in the U.S.

Viewed from Brussels, these are more pressing matters than having a polite and civilized divorce with London. 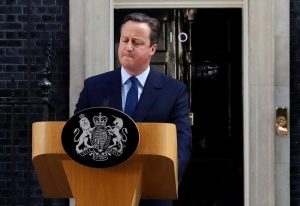 Brexit Factbox: Who, where, when why – and what next, by Alastair MacDonald, Report June, 2016