Gen. Prayuth insists his declaration of martial law is not a coup, that the government of Pheu Thai acting Prime Minister Niwattumrong Boonsongpaisan is still the administration, and that his only aim is to prevent bloodshed between the rival political camps. 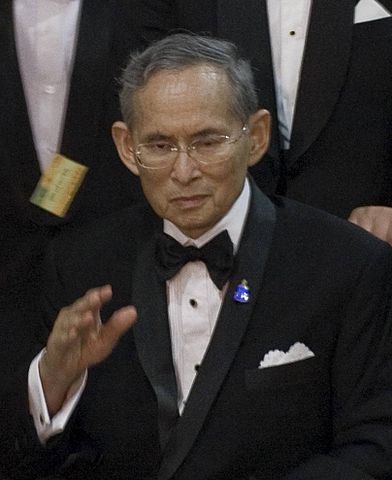 There is no doubt, however, that Gen. Prayuth would not have acted without the permission of King Bhumibol Adulyadej, who has intervened at several moments of high and dangerous tension in Thai politics since coming to the throne in 1946.

Indeed, the intervention of Gen. Prayuth now demonstrates how far removed Thailand remains from a smoothly running parliamentary democracy under a constitutional monarchy.

Whether Gen. Prayuth, wielding the implied authority of King Bhumibol, can now bang heads together and forge a political compromise that will take the country out of its current impasse, remains a dim possibility.

That’s because at the heart of the Thai crisis is a bitterly contested clash of visions about the country’s political balance between the palace and the electorate. On one side are the royalists, who want to preserve their privileges as palace appointees and social elites. They believe their status and education should give their votes extra authority in determining the make-up of government.

On the other side are mainly poor, rural Thais from the country’s north and north-east, as well as activist democratic purists. They revere the king, but want a freely elected parliament to be supreme.

Two things have propelled the eight-year crisis. One is the perception among the royalists, their Democrat Party, and their street protestors known as “Yellow Shirts,” that former Prime Minister Thaksin is a closet republican, bent on becoming, in effect, president of Thailand. He is also accused of using his extreme wealth, garnered from building Thailand’s largest communications industry conglomerate, to buy election victories with a massive patronage network.

The other is that the king is 86 years old and has been in ill health for several years. His likely successor, Crown Prince Maha Vajiralongkorn, has few of the generous and compassionate instincts of his father.

Vijiralongkorn is widely seen as an intolerant and vengeful man who as king is most likely to push backwards even the limited levels of democracy Thais enjoy now.

Among the Thaksin supporters, therefore, there is an imperative to reinforce the supremacy of parliamentary democracy in Thailand before the king dies. Those supporters, known as “Red Shirts,” remain ready to take to the streets if there is any attempt to remove the interim government of Prime Minister Niwattumrong. It is largely to prevent that possibility that Gen. Prayuth and the military have intervened.

Even though parties allied with Thaksin have won all the elections held since his ouster in 2006, the prospects for a compromise do not look good. The current surge in the drawn-out crisis began in 2011 when Thaksin’s sister, Yingluck Shinatwatra, won the election at the head of the Pheu Thai Party. Late last year she set off widespread street protests by the anti-Thaksin Yellow Shirts by introducing amnesty legislation which could have allowed her brother to return to Thailand.

To try to staunch the protests and reaffirm her mandate, Yingluck called an election in February, a vote she was bound to win. The opposition Democrat Party, aided by Yellow Shirt activists, boycotted the election and managed to disrupt the voting to the extent that the Election Commission declared the result invalid.

Yingluck and some of her ministers were removed from power on May 7 by the Constitutional Court for abuse of power. She also faces charges over alleged mismanagement of a government rice subsidy scheme.

Yingluck’s replacement, interim Prime Minister Niwattumrong, wants to hold a new election in July, one that Pheu Thai would probably win because of its overwhelming rural support. But the Election Commission is doubtful whether a new election can be held that soon.

In the meantime the Senate has got involved. Unlike the lower house of Parliament, the Senate is controlled by anti-Thaksin members, many of whom are appointees. Senators have begun debating whether to remove Niwattumrong and appoint an interim administration, which would also reform the political constitution.

This is what the Democrat Party and the Yellow Shirts want, expecting that an appointed “People’s Council” will bring in rules limiting the power of the votes of rural and poor Thais and thus destroying the political base of the Shinawatra family.

That is the crux of the current impasse, though the most hopeful element is that neither the Red nor the Yellow shirts have clear ideas of the precise political dispensation they want to see. Where there is fog, there is always hope for compromise.

Gen. Prayuth and the military will have to tread a fine line in order to find consensus. A resolution with any hope of longevity requires the setting of a firm date for a new election, to meet the core demands of the pro-government Red Shirts, and some elements of political reform — perhaps focussing on patronage hand-outs — to placate the Yellow Shirts.

Without a muscular effort by Gen. Prayuth to demand compromise, the military intervention will only be a new interlude in a persistent crisis.